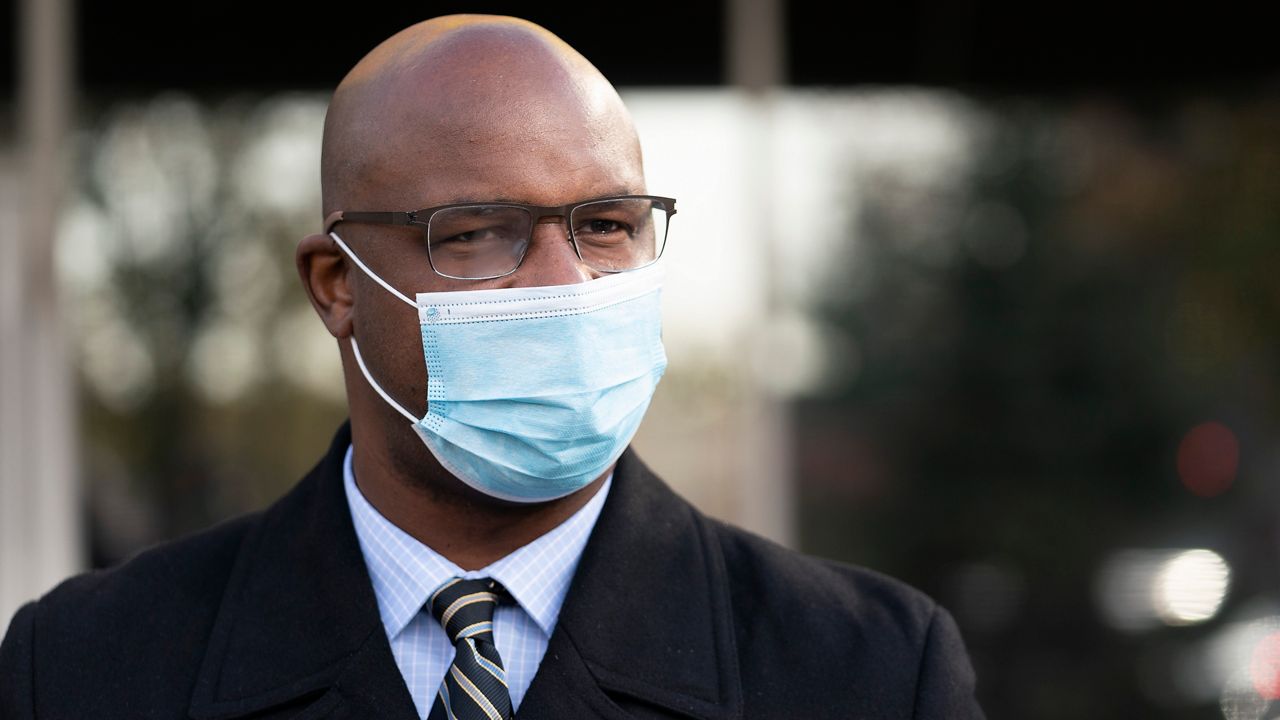 Why Rep. Bowman voted against the bipartisan infrastructure bill

NEW YORK — Rep. Jamaal Bowman on Tuesday clarified his no vote on President Joe Biden’s bipartisan $1.2 trillion infrastructure bill, saying he could no longer support the legislation after party leadership decided the Build Back Better bill would not be voted on at the same time.

“We had been working on this bill and the other human infrastructure bill for months, and the plan was to pass both bills at the same time,” Bowman told NY1 political anchor Errol Louis on “Inside City Hall.”

Several House Republicans, including some in New York, voted yes on the $1.2 trillion infrastructure bill last week. Progressive @JamaalBowmanNY did not vote for it, though.

While most Democrats — and some Republicans, including Nicole Malliotakis, the only Republican in the city's congressional delegation — gave the package the green light, Bowman was not alone in his no vote. A bloc of six progressive Democrats, including Rep. Alexandria Ocasio-Cortez, voted against the bill, breaking with the rest of the party on one of the key components of Biden's economic agenda.

Bowman told NY1 a vote on the infrastructure bill could have waited for the social spending bill.

"If we didn't vote on the hard infrastructure bill on Friday and we waited a few more days for the CBO [Congressional Budget Office] score to be ready and voted on both bills, it still passes and we still get a huge investment in our economy," the congressman said.

Progressives agreed to pass the smaller bill Friday night, while moderates pledged to back the larger $1.85 trillion Build Back Better bill later this month, provided official estimates of the cost via the Congressional Budget Office are in line with expectations. Bowman argued that had already been vetted by the House and the White House.

While Bowman said he didn't vote no out of fear the Build Back Better bill could not pass unless it was in tandem with the infrastructure bill, he criticized moderate Democrats who negotiated to cut down the size of the social spending bill.

“While one is the hard infrastructure bill — roads, bridges, tunnels and construction jobs, great, we need that — we also need child care. We also need universal pre-k. We also need violence reduction. We need to lower drug prices. We need paid family leave. We need to make sure we have workforce development so people are ready for those jobs.” Bowman said. “The plan was to pass both together, and when we decided not to do that, I decided to vote no that bill.”

The president is expected to sign the infrastructure bill in the coming days.​

Asked Saturday about the future of his Build Back Better legislation, Biden told reporters, "Let me be clear: We will pass this in the House. And we will pass it in the Senate."

Biden declined to say whether moderate Democrats had given him any assurances that they plan to approve the spending package, saying only, "I'm not going to answer that question … but I feel confident we will have enough votes."