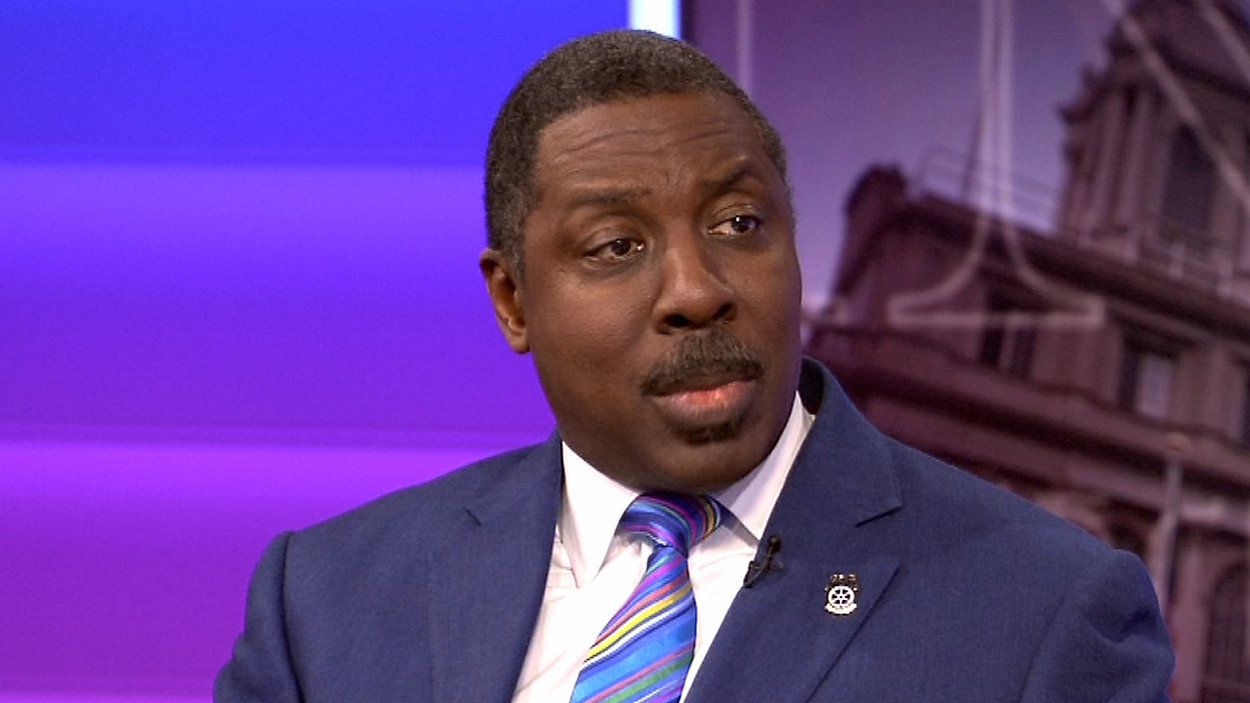 In the wake of last year's protests for police reform, Mayor Bill de Blasio promised to move oversight of school safety agents from the NYPD to the Education Department.

The City Council has recently been holding hearings over police reform and is considering the proposal.

But critics of the plan say it would put both students and city employees at risk.

One of them is Teamsters Local 237 President Greg Floyd, whose union represents thousands of members across dozens of agencies, including school safety agents.

“I can tell you, the City Council did not consult this union that represents Black and brown people on things that affect their jobs. They made this decision unilaterally,” he said during an Inside City Hall interview with anchor Bobby Cuza on Tuesday.

Floyd also said that the move would interrupt the work the NYPD has been doing to make sure safety agents are trained to respond to distressing situations, such as school shootings and evacuations.

“There’s an attempt to strip the police officers of everything that they do," he added.