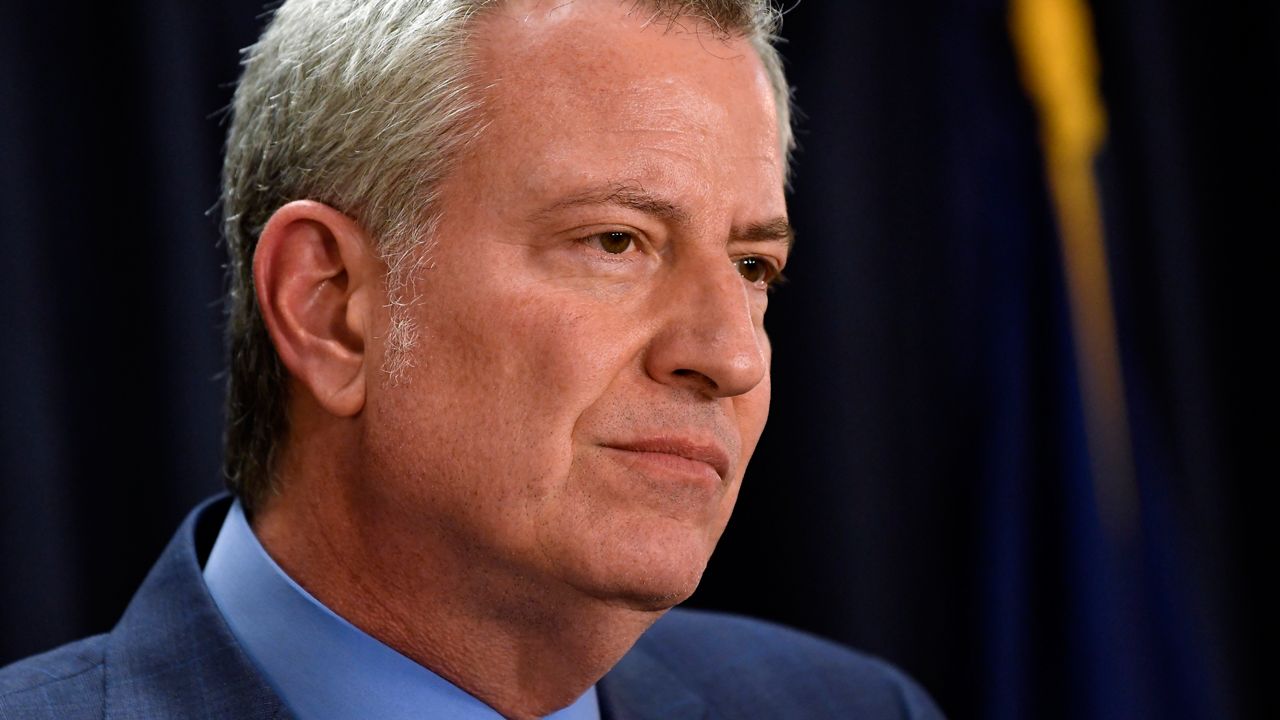 Mayor de Blasio is not convinced there’s a mass exodus of people fleeing the city because of the coronavirus pandemic.

“We can’t overrate the moment. We are clearly the safest place in America right now when it comes to the coronavirus,” the mayor told NY1 Political Anchor Errol Louis. “I think, in fact, people in this country are looking at New York getting safer and safer, healthier and healthier in terms of the coronavirus. They’re seeing our economy start to come back.”

In his weekly “Mondays with the Mayor” interview on Inside City Hall, de Blasio rejected the idea that some New Yorkers are leaving for good, despite recent reports that show upticks in the price of homes in the suburbs and moving companies saying they’re overbooked with clients leaving the city.

“I think a lot of folks who went to their country homes are going to wait until they feel it’s the right moment and a lot of them are going to come back,” de Blasio said.

The mayor also said he would not stop anyone from leaving who did not want to stay.

“I’m not going to beg people to stay. I know this city will rebound. I know it and I know others will come," he said. “It is a passing moment. There will be a vaccine and then all the strength of New York City will reassert again.”

The mayor’s comments come as the city faces a $9 billion deficit, a deficit that will lead to massive job cuts for city workers if the city does not receive assistance from the state. Those cuts were put on hold, Monday morning, after the mayor announced he was postponing laying off 22,000 city workers so that unions could ask Albany for assistance.

To avoid layoffs, some labor unions have suggested creating incentives for early retirement. While Mayor de Blasio admitted such an option could be a “helpful piece,” he maintained that the option “won’t be enough, not by a longshot” to fix the budget deficit.

To avoid layoffs, some labor unions have suggested creating incentives for early retirement.@NYCMayor tells @ErrolLouis that “won’t be enough, not by a longshot” to fix the budget deficit. #NY1Politics pic.twitter.com/70pnFJ0Wck

During his interview, the mayor warned he will have to follow through with the layoffs if talks between Albany and municipal unions are unsuccessful and if the city does not get borrowing authority.

“I am more hopeful that Albany will come back to address this, but we need to see evidence of that, or else at some point, we have to go ahead with these layoffs. I don’t want to. Lord knows, but I also have to. I owe it to the people of the city and the taxpayers to balance this budget no matter what,” he said.

The mayor also addressed concerns raised about opening schools in the fall. De Blasio said he recognizes fears and anxieties about students attending school in a couple of weeks, but said he stands behind his decision to open schools, citing low infection rates in the city.

“I don’t take any of this lightly, but I’ll tell you something, the healthcare leaders of this administration have been part of this conversation for over a month now. They recognize we have an extraordinarily low infection rate in the city,” de Blasio said.

“We thought about this endlessly and put the safeguards in place to protect kids and to protect adults in the building alike. We have the ability to re-open schools for our children, for our families,” de Blasio said.

“I do have an obligation to serve them and to do it safely.”