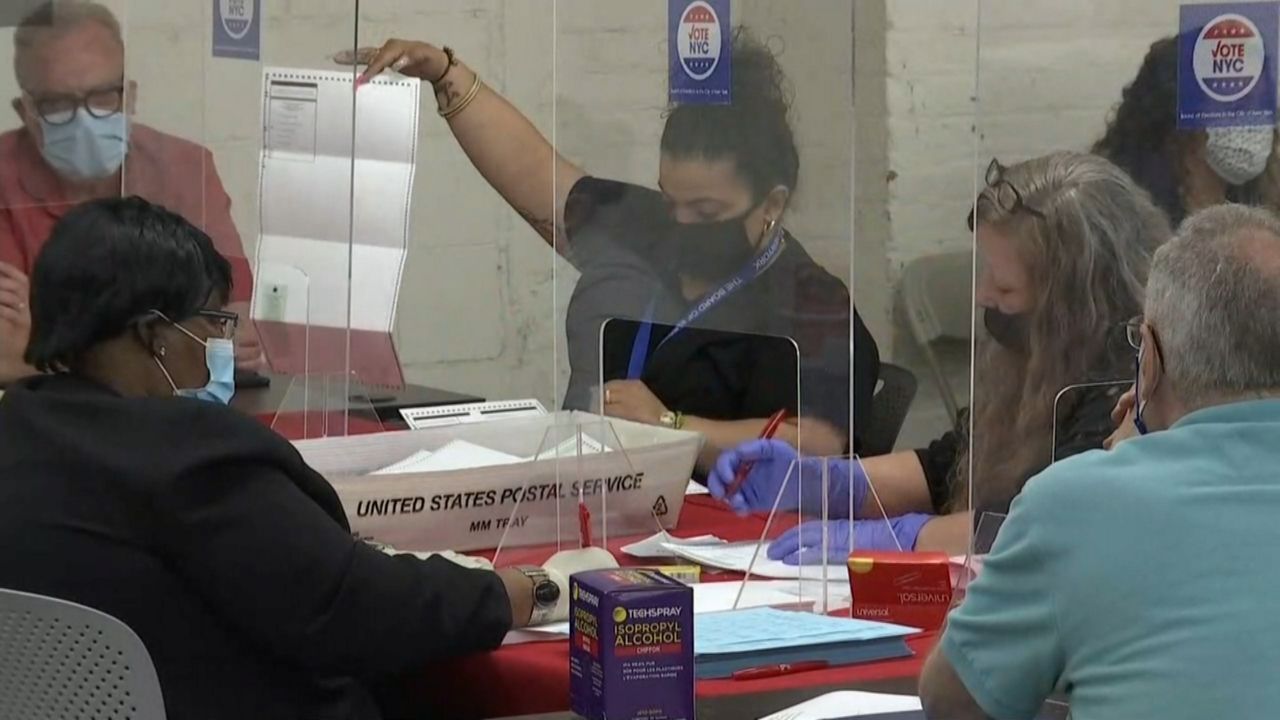 Assemblymember Rodneyse Bichotte: 4 Percent of Mail-In Ballots Could be Thrown Out Because of Postmarking Issues

After more than two weeks since the New York Primary, the city Board of Elections on Wednesday finally began tallying absentee ballots. But the process does not come without controversy.

The BOE faces a snail-paced process as it deals with an unprecedented number of absentee ballots, due to the coronavirus pandemic, more than 403,000 ballots. Moreover, thousands of voters may not have their mail-in ballots counted, despite meeting the June 23rd postmark deadline.

Brooklyn Assembly Member Rodneyse Bichotte told NY1 that many ballots might be thrown out because of the postmarking issues.

“What we found was that there were a number of ballots that were sent through the post office, but were not postmarked. In the statute, the board of elections is not to validate any absentee ballots that are not postmarked that we received after the 23rd. So that becomes the problem,” she said.

Bichotte, who has championed election reform, said that about four percent of the mail-in ballots may be thrown out.

“We still have a number of absentee ballots, roughly about four percent that might be thrown away at no fault of the voter,” Bichotte said.

She says that an underfunded and overwhelmed United States Postal Service is partially to blame for the setback.

The postmarking matter comes as several campaigns in tight races await their final results, campaigns where progressive challengers are neck and neck with incumbents.

Bichotte, who serves as chair of the Brooklyn Democratic Party, says she’s happy with the rise in activism from the left.

“I’m happy that we’re witnessing a surge of interest into the Democratic Party,” she said. “I think we all are the same. We all believe the same things.”

Speaking on the tensions within the party and how she plans on managing in her new role as the Brooklyn Democratic Party chair, Bichotte said her goal is to unite.

“When I came into this role. I did not know there was a division in the north part and the south part of Brooklyn and I was just immersed in the fights between some that may be called the establishment or some that might be called the progressives and as a Democratic leader my job is to try to unify everyone as much as possible.”