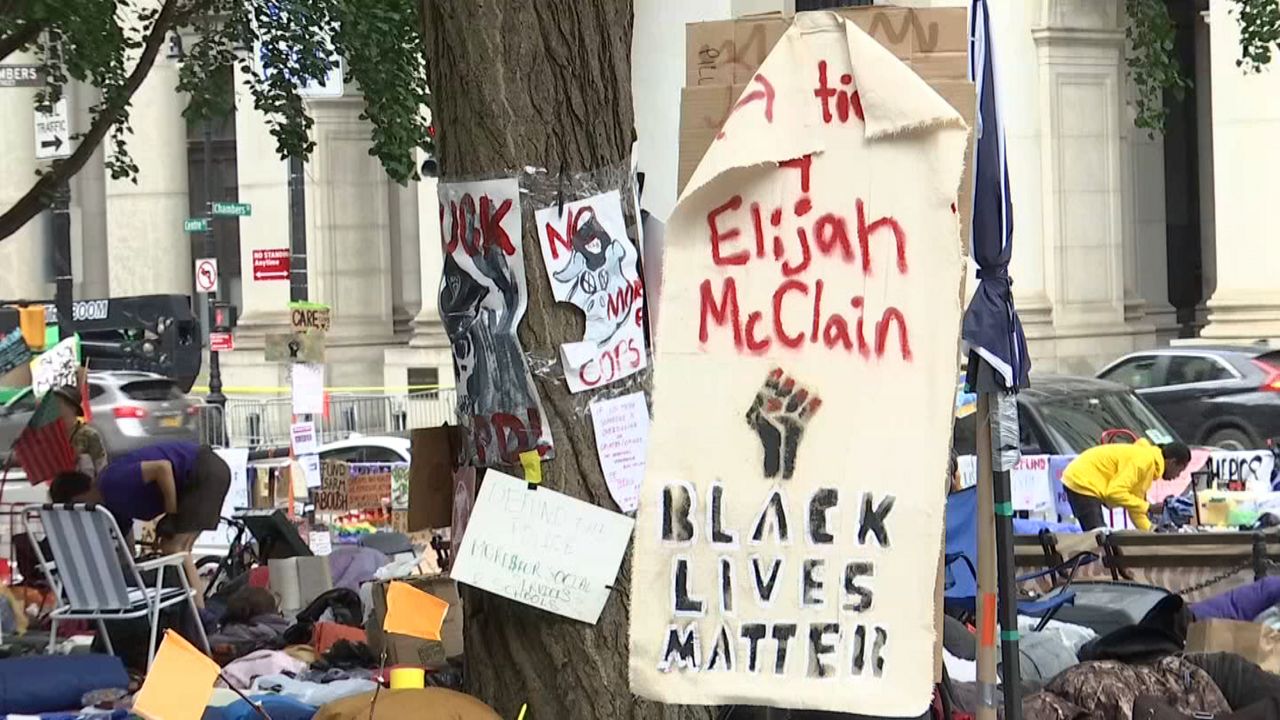 After social unrest swept across the city over police killings of Black Americans, including Breonna Taylor and George Floyd, droves of activists camped outside City Hall to demand the defunding of the NYPD.

Speaking with Errol Louis on “Inside City Hall” on Thursday about the future of the “Occupy City Hall” movement, community organizer and activist Sandy Nurse said that the city has not truly met their demands.

“We called for an escalation to put pressure on City Council and the mayor to truly cut $1 billion from the NYPD budget. That hasn’t been met. Instead, what’s happened is $1 billion has simply been moved over to the DOE [Department of Education] to still cover school safety officers."


Details of the budget also include the cancellation of a police class with about 1,200 officers. Additionally, the city has decided to move school safety, illegal vending, and street homelessness away from the NYPD.

Nurse says that organizers will continue to camp outside City Hall because they feel “the mission is not complete.”

“There was a failure that happened at the city level, and so they are remaining in place,” she said.

Nurse, who is a candidate for the City Council's 37th District in Brooklyn, told NY1 that organizers are also looking ahead to next year’s mayoral and Council races.

“We have a mayor’s race. We have an entire -- almost half the City Council going to be termed out. So right now, folks are looking at who were the leaders who committed to actually defunding the NYPD and moving money into community resources, into public services that save lives," Nurse said.

Executive director of the Brooklyn Movement Center, Mark Winston Griffith, who also joined Louis, said despite many people being disappointed by the budget, the movement has sparked new conversation surrounding the public safety model. It's a topic, he said, his organization has discussed for years.

“Everything happened so quickly and we suddenly found ourselves in a position where all these conversations we’ve been having for such a long time were now in the public consciousness,” he said.

“Yes, the budget has been passed and many of us are more than disappointed at how it turned out, but in many ways, this is just the beginning of a new conversation. And what I’d like to see is not only the conversation…on how we defund from the police, but how do we reimagine public safety and the protection of our community, making it community-centered?" Griffith said. “That’s what I really look forward to over the next year.”