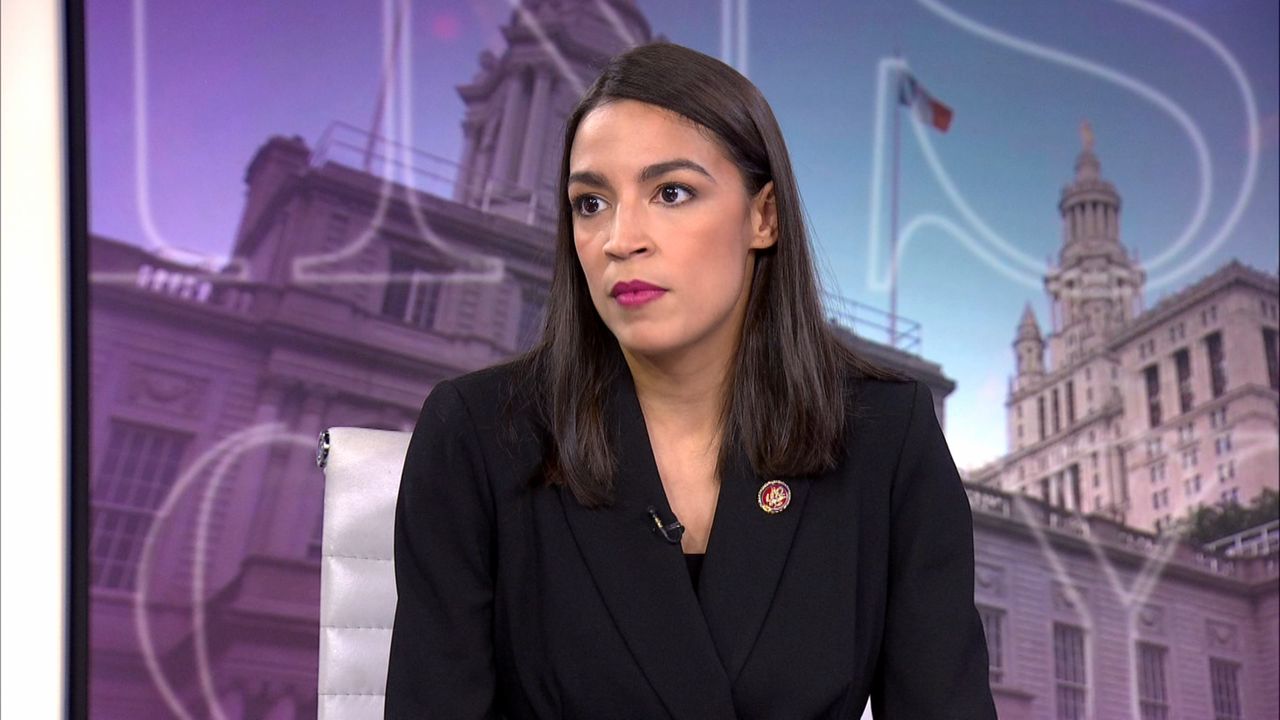 Rep. Ocasio-Cortez Weighs in on Impeachment and Closing Rikers Island

President Donald Trump took to Twitter to call her a "Wack Job"; she responded by calling him a "criminal who betrays our country."

All of it was sparked by an apparent supporter who went off the rails at New York Rep. Alexandria Ocasio-Cortez's town hall meeting.

"We got to start eating babies," a woman told the congresswoman Thursday in LeFrak City.

It turns out that it was a stunt orchestrated by a fringe pro-Trump group.

"It's unsurprising to me that the president wants to tweet out stunts and deflections and distractions, because he has betrayed out country," Ocasio-Cortez said.

The Democrat, a longtime supporter of impeachment, predicted on Inside City Hall on Friday that the House would vote to impeach by the end of the year, and that some Senate Republicans could eventually get onboard.

"I would ask her to use her influence to help us get the federal funding to do that," de Blasio said Friday on WNYC's The Brian Lehrer Show. "We are not in a position to spend billions of dollars in the city of New York. We're just not."

Some members of Congress support a bailout for taxi medallion owners in the wake of a New York Times investigation finding that medallion prices were artificially inflated.@NYCMayor says the city cannot afford such a bailout. #NY1Politics pic.twitter.com/rzF8eMYaIu

"The number that's been thrown out, that it would cost $13 billion to bail out, is a very high number. I believe it's an inflated cost," Ocasio-Cortez told NY1.

This week, she also came out against the mayor's plan to close Rikers Island and replace it with smaller, borough-based jails.

"The actual proposal on the table does not have the closure of Rikers in ink," she said.

"It's going to very, very clear in this plan that Rikers is going away and never coming back," he said.

And while she hasn't yet endorsed a presidential candidate, Ocasio-Cortez was a Bernie Sanders volunteer in 2016, and said she spoke to him following his recent heart procedure. She attested to his fitness and energy.

"I'm not particularly concerned," Ocasio-Cortez said. "In fact, he was living with more of a blocked artery, and now this unblocked it."

And as to the crowded race to succeed Bronx Congressman José Serrano, she ruled out one candidate, socially conservative City Councilman Ruben Diaz Sr. She says she's looking for someone who can make trouble in the same way she does.

"New York-15, which is currently held by Congressman Serrano, is an even more progressive district than mine," Ocasio-Cortez said. "So I want someone who's going to put me to shame."