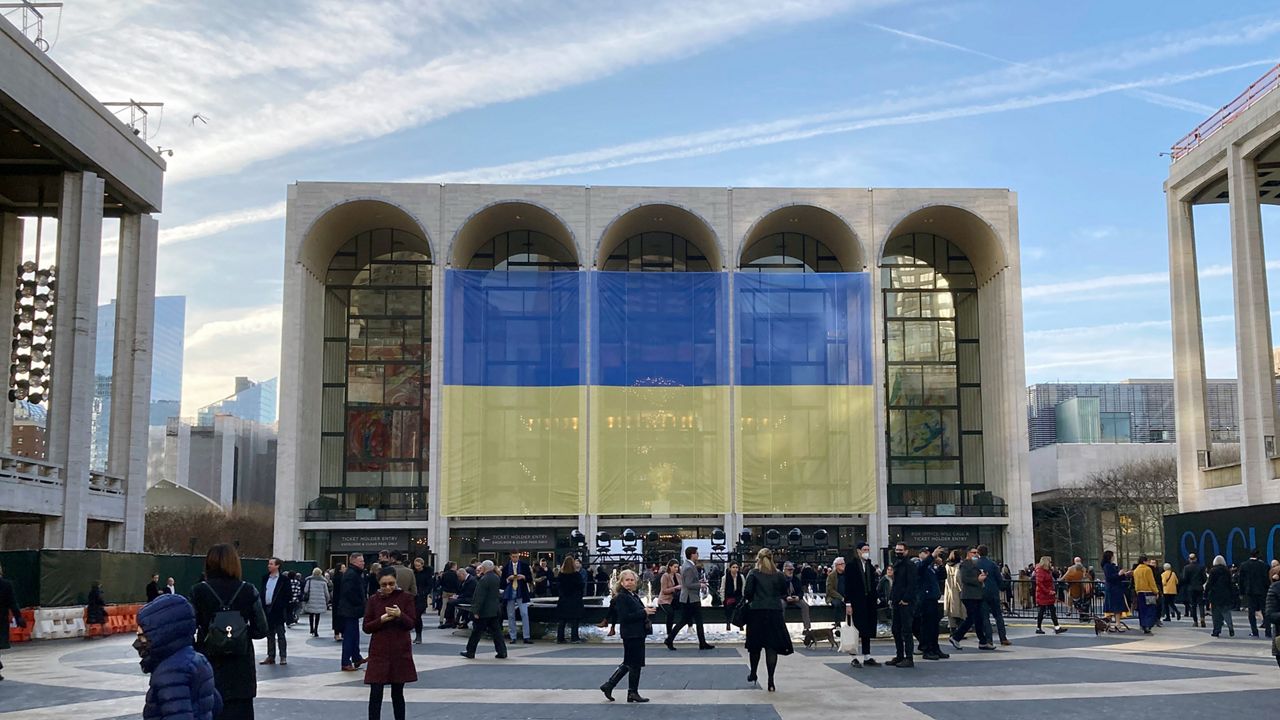 Ukraine's flag is draped outside The Metropolitan Opera House at Lincoln Center for the Performing Arts in New York before a benefit for Ukraine concert, Monday, March 14, 2022. (AP Photo/Ron Blum)

The Ukrainian Freedom Orchestra, a collaboration between the Polish National Orchestra and the Metropolitan Opera in New York City, finished its summer tour across the United States and Europe.

The orchestra, composed of 75 Ukrainians and recent refugees, raised funds for Ukraine's arts community as the war in their home country rages on.

Ukrainian-American opera conductor Keri-Lynn Wilson and her husband Peter Gelb, the general manager of the Metropolitan Opera, joined Errol Louis on "Inside City Hall" Monday to detail their efforts and explain how the Ukrainian Freedom Orchestra got started.

"Hearing them being silenced in their basements, while I had the freedom to perform when I was in Europe, actually. I just felt the need to do something," Wilson explained, discussing the plight of her fellow artists living in Ukraine during the invasion. "As a musician, the obvious choice was to think of a way that I could help give an opportunity for my colleagues to play and have their voices back that Putin had silenced."