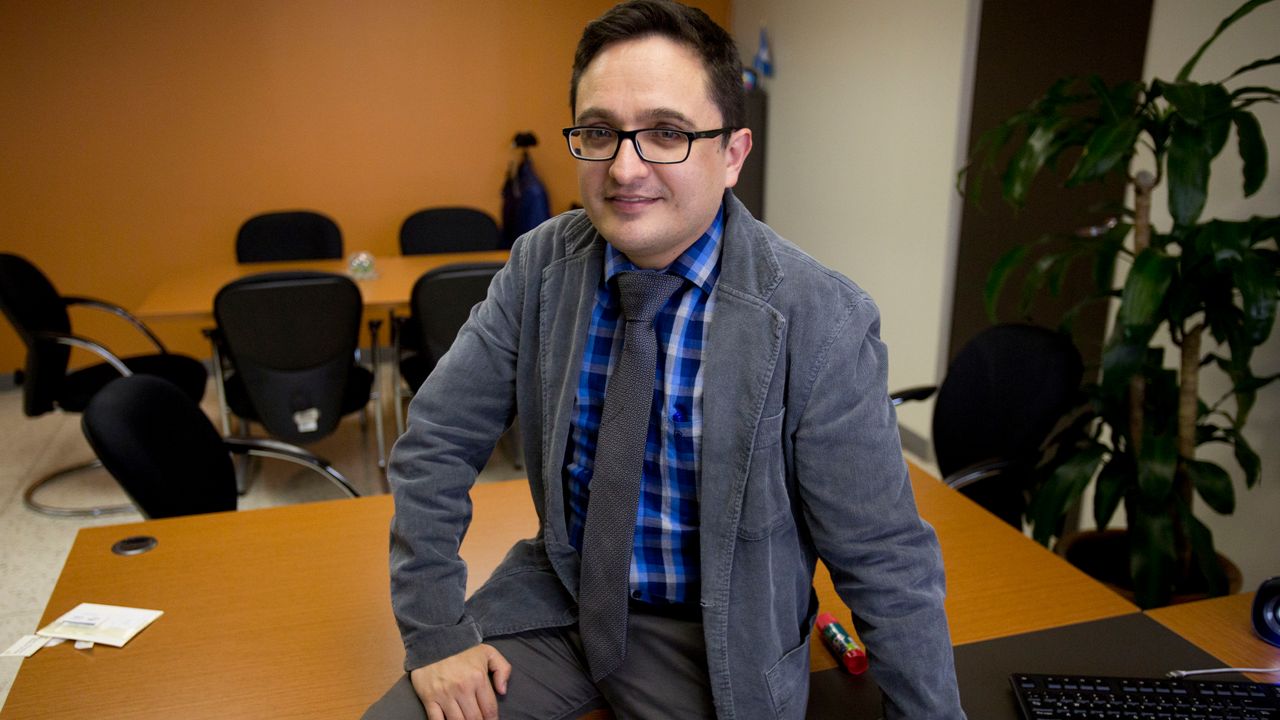 Juan Francisco Sandoval, Guatemala's lead prosecutor against impunity, poses for a photo during an interview in Guatemala City, Wednesday, April 3, 2019. Sandoval said President Jimmy Morales’ government has done everything possible to block his investigations into high-level corruption, including of the president himself. (AP Photo/Moises Castillo)

One man's crusade to take on government corruption in Guatemala

GUATEMALA CITY — On the streets of Guatemala’s capital city, 39-year-old Juan Francisco Sandoval travels around flanked by seven bodyguards who protect his every move. His life, he says, is in constant danger. He’s in charge of investigating government and private sector corruption. It’s a dangerous job, but one he is committed to.

He says it comes from personal conviction.

“I have a commitment to the people of Guatemala who trust me to bring those who abuse power to justice,” said Sandoval.

Human rights activists here call him a hero and chant his name in the streets for being a voice of the people and for bravely going after titans of industry and public officials who exploit and abuse their power.

He says corruption is the fault of politicians. He says their carelessness, their corruption, not investing the money where it is intended to go, are all to blame.

In her recent visit to meet with Guatemala’s President Alejandro Giammattei, Vice President Kamala Harris made clear that tackling corruption here is a top priority in forging new relations.

But Giammattei has made no secret of his disdain for Sandoval who faces legal challenges from lawyers trying to dismantle his unit. In the local papers here, he’s often depicted in cartoons as the annoying stone in the show who’s trying to weed out corruption. Secretary of State Anthony Blinken said Sandoval has the backing of the United States.

For Sandoval, accountability is a must, especially if the U.S. is set to send billions more in aid to help the people here, bring jobs and boost a lagging economy. He’s all for it, as long as the U.S. ensures transparency.

Sandoval does not know how long he will remain on the job. He worries not for his life, but for his elderly parents. Seeking asylum in the U.S. one day, he says may be in his future.