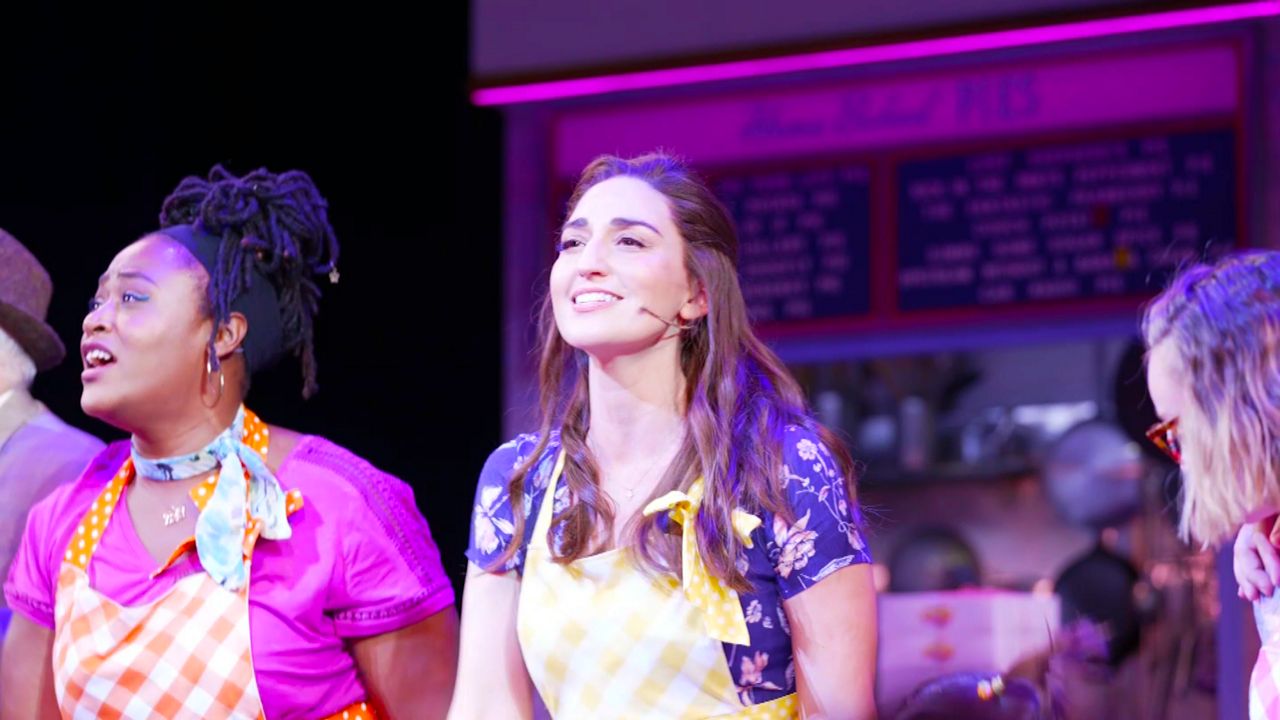 Sara Bareilles and the cast of "Waitress" returned to the stage Thursday night. (NY1 photo)

NEW YORK — The diner is officially open for business! The hit show "Waitress" returned to Broadway on Thursday night, marking the first of two musicals to play on the Great White Way since the COVID-19 induced shutdown.

Senate Majority Leader Chuck Schumer – who was responsible for helping Broadway get back up and running with the passage of the Shuttered Venue Operators Grant – was on hand to lend his support.

"It's not just the actors and actresses, but it's the stagehands, and all the people backstage, and the ticket takers - you name it. It's a whole industry," said Sen. Schumer. "Over 120 people work in this show - this one show alone."

"There was a ton of applause even before the curtain went up," said theatergoer Joanna Kanellopoulis. "There were multiple standing ovations during the show. Yeah, you could feel the energy. It was really contagious."

Following the opening of "Waitress" it was over to the Walter Kerr Theatre to catch the reopening night curtain call of "Hadestown," and let's just say the party spilled into the street. 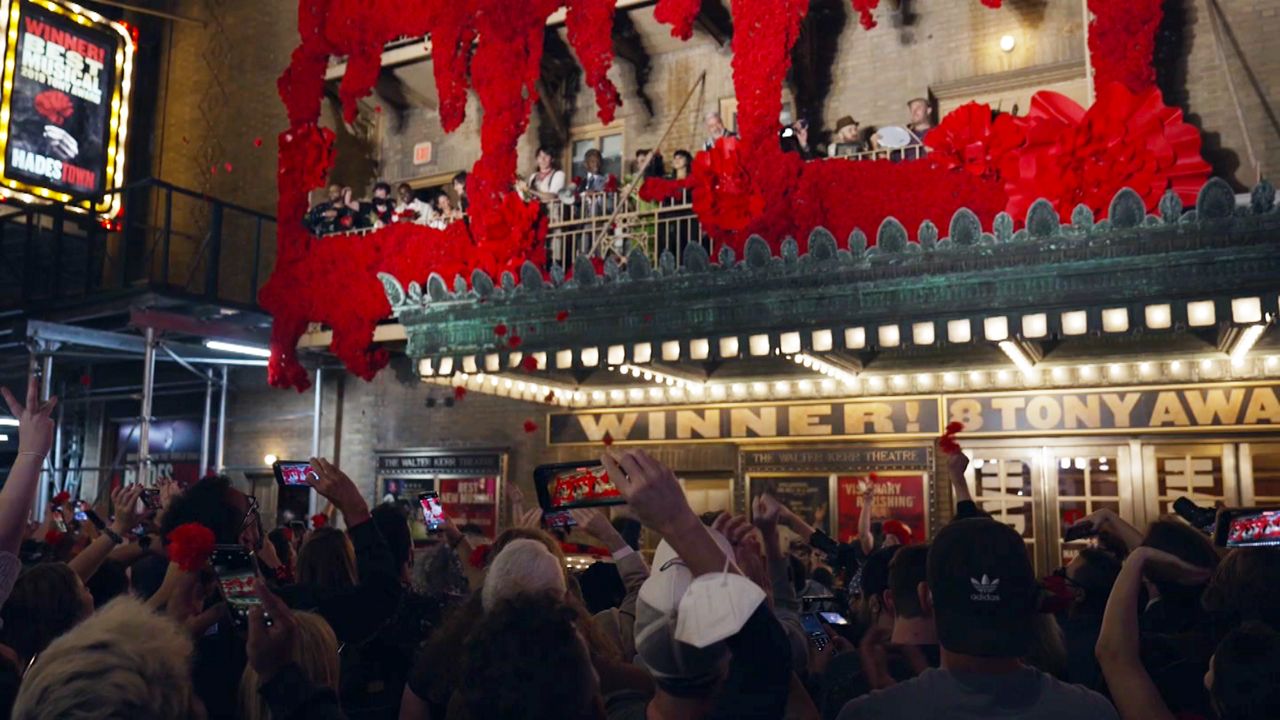 A crowd celebrates the return of "Hadestown" outside the Walter Kerr Theatre Thursday night. (NY1 photo)

"It's surprising to me how emotional it is," said theatergoer Michael Appler. "You feel the time, the 18 months, and at the same time it's like an instant. And it's a lot to process."

"Yeah, it was incredible," added fellow audience member Susan Roy. "It's like I missed it so much and now we have it back again. It's coming back. We've got it!"

The next big night for Broadway is September 14. That’s when “Hamilton,” “Wicked,” “Chicago,” “The Lion King” and “Lackawanna Blues” begin performances.