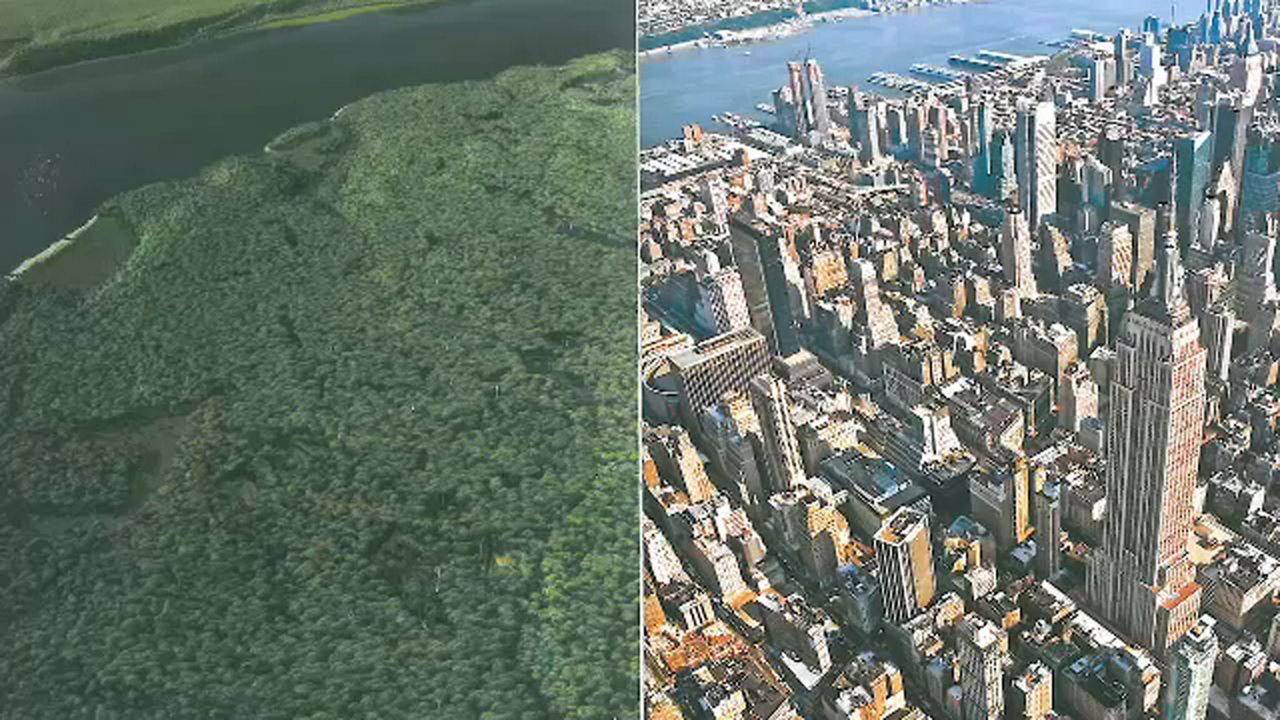 All week, we have been marking the five-year anniversary of Hurricane Sandy with special reports on how climate change threatens New York -- and other coastal cities. In this final chapter, we turned for perspective to those with deep roots in what five centuries ago they called New Amsterdam. Josh Robin reports.

Not long after Sandy, with much of the City still bruised and dazed, I traveled to the Netherlands.

It takes two hours for the gates protecting the port of Rotterdam to close.

I wanted to know what New York City would likely do next.

Comparisons are inexact, but about a third of the country is below sea level.

It's particularly vulnerable to rising sea levels from climate change.

60 years earlier, a devastating storm blew in, killing more than 1,800 and transforming the nation.

For the next 50 years, the Netherlands remade its coastline with barriers and walls.

Last month, the Netherlands came to us.

We met at the Brooklyn Navy Yard.

It was just outside where then Mayor Michael Bloomberg outlined the city's post-Sandy rebuilding plan.

As NY1 has been reporting, the major flood prevention projects the city outlined are now well behind schedule, and scaled back.

"It takes time - I mean, we created this delta plan after the floods in '53 - and it took us over 50 years to complete the whole plan. And now we have created this new plan for the next 100 years," Rutte said.

"In terms of rain, which we expected for 2050. So the climate change is speeding up," said Rutte.

The Prime Minister is diplomatic.

Before the interview, we were warned he didn't want to be seen as preaching but it was clear: climate change means we need to step up the pace of resiliency in the Netherlands and in New York.

"It takes time. We don't have it. And we have to do it step by step," said Rutte.

When we visited in 2013, we were shown huge barriers and walls.

What we didn’t pay as much attention to was how the Dutch also embrace water, creating space for flooding.

"Building with nature - making sure that in an environmentally sound way, we fight the water problem," Rutte said.

But what would building with nature look like here, where nature is so often buried?

For the answer, we may need to go back in time before the concrete and steel.

"Where we are in Pelham Bay Park could easily have been on Manhattan 400 years ago when Henry Hudson arrived, and sailed into New York harbor and started in motion the creation of the City. What you see here is what the coastal shore used the look like," said Eric Sanderson, senior conservation ecologist at the Wildlife Conservation Society.

Generations fought the tide, but bricks are no match for the eternal push and pull of water.

The city has 520 miles of coast, to say nothing of the water that lies beneath.

"In the longterm, we have to bow to nature. And so many of the problems our city has are problems of a creation of a place that doesn't respect the nature of the place," Sanderson said.

He said authorities may have to uproot increasingly fragile neighborhoods, wrenching as it may be.

"We have this sort of compounding mistakes, right. The first people built their house, and they thought it was safe. Somebody comes on later, takes down the Dutch house, builds a British house. Somebody takes down the British house, builds an American building and then maybe a little bit later somebody builds a taller building and before you know it we have skyscrapers - they're in a place that's likely to flood," Sanderson said.

He also called for a more environmentally-conscious tax policy.

"Would mean that we would start to think about ecology as we build our cities, and as we design our cities," Sanderson said.

President Trump has tweeted that climate change is a Chinese-made hoax, announcing he would pull the U.S. out of the Paris Climate accords unless changes are made.

Perhaps deadly floods this year from Texas to Florida will change minds.

Local leaders say New York will have to pick up the slack - to reduce pollution and fortify the city.

Our city's future hangs in the balance.

We introduced you to some of those distinctly in harm's way.

There are many many more.

By centuries end, more than a million people could be living in the flood plain.

What will New York be like over the next 400 years?

Of course, we can't say for sure, but here's what we can expect.

Sea levels will rise, hurricanes will become more severe, and humans will adapt.

It's been said there's no truer lesson than New York changes.