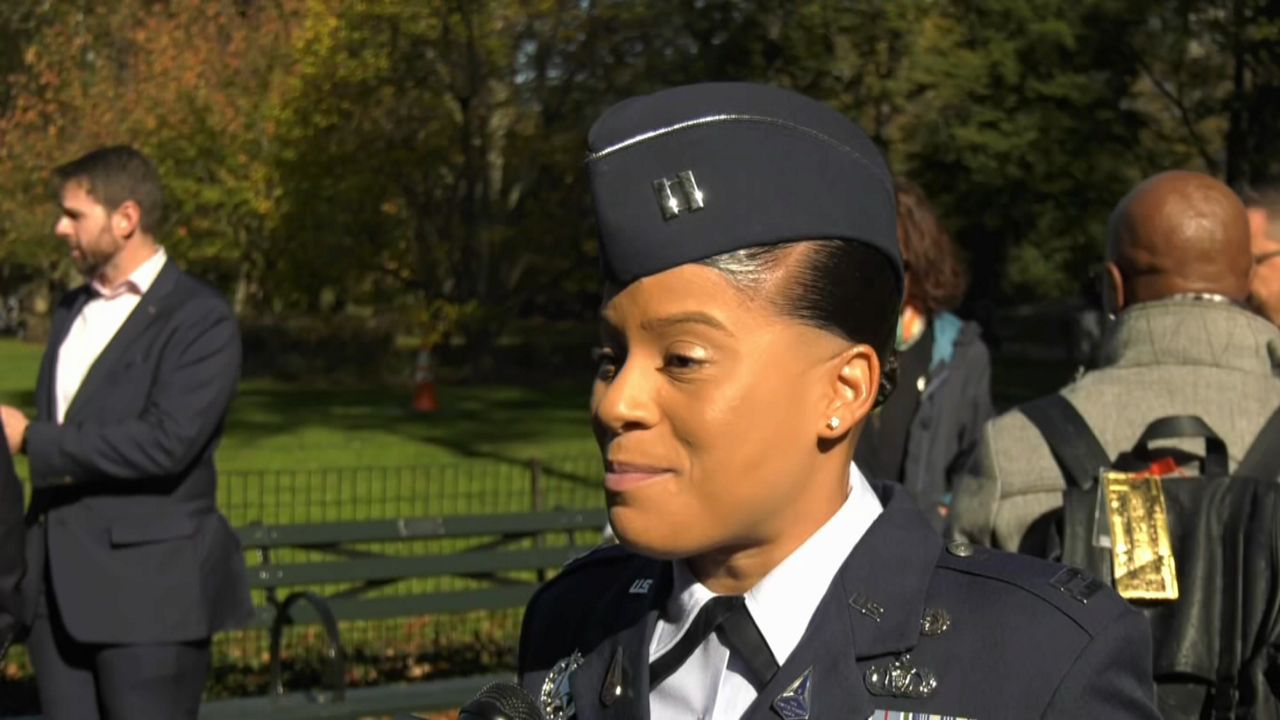 'Women of Service' honored in Central Park in annual ceremony

“This is an opportune time for us to have a significant rethinking to have the conversation of women in service,” said Adams Wednesday, presenting a proclamation at the fourth annual Women of Service for America awards ceremony.

Each year the ceremony is held at the Women’s Veterans Memorial Grove in Central Park, which pays homage to women who died overseas during World War I.

“As with most childhoods with indigenous communities, sometimes we face hardships, right? Disadvantages for me, not only did I face the Mike Tysons from home but the Moke Tysons at school and in the community,” StarEagle said. “After so many lefts and rights I was like swerve and I disregarded everything. And I was like ‘I just do me,’ and the more people told me no, I said ‘watch me go,’” said StarEagle.

In 2004, the Brooklyn native joined the Air Force in hopes of becoming an astronaut. She said the leaders and teachers in her life taught her to reach for the stars and that is quite literally what she’s doing.

“As of a couple of weeks ago, they informed me that as soon as I complete my master’s degree, then I would be able to be nominated for NASA’s next announcement for the astronaut program, so hopefully I can make that happen,” said StarEagle.

StarEagle says now it’s important to her to reach out to other indigenous communities and to women to show them that anything is possible if you believe in yourself.

“No matter what challenges you face, never let go of that ladder. The people in your life like your family, your members, your friends and your associates, they will push you up each rung of that ladder, and your leader, your mentors and everyone else that you look up to, they will pull you up each rung of that ladder and propel you in the direction that you need to go. So don’t lose focus and you too, can achieve the dreams no matter what they are in here,” said StarEagle.

Women of Service day honors not only those in the military, but all women serve the people of this country like Kavanaugh, the first woman to lead the FDNY, and Juanita Holmes, the first female chief of patrol in the NYPD who now serves as chief of the NYPD training borough.

They’re proud to be first, but honorees said they must not be the last.