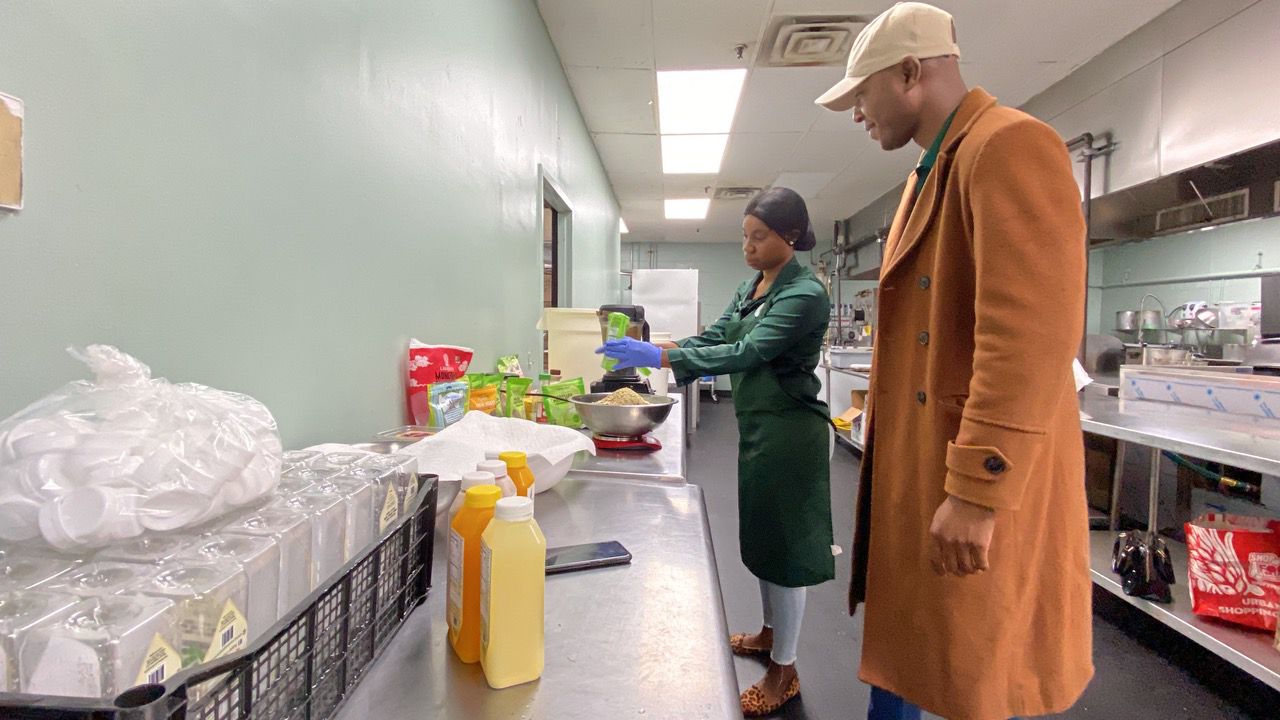 Dianna Rose was just awarded with the David Prize that includes a $200,000 grant. (NY1/Clodagh McGowan)

In an industrial section of Springfield Gardens, Queens, food entrepreneurs are hard at work — in the Essential Kitchen. It’s a commercial kitchen — designed to give home chefs — turned small business owners a place to create.

“It’s been a dream,” said Dianna Rose, the executive director of Essential Kitchen.

The kitchen opened in January — it grew out of a successful farmer’s market she launched during the pandemic in hopes of bringing healthier foods to Southeast Queens.

“One of the barriers that we often find in historically dis-invested communities is the lack of infrastructure. So while we wanted to bring everyone into the market, we also knew that they had to cook out of a commercial space. And not having one locally was such a barrier that we just decided to open our own commercial kitchen,” Rose said.

Sanjay Young — who owns Royal Organics, a fresh juice company — says working out of the kitchen has been a huge benefit to his business.

“It’s just a space where you can come, make connections,” Young said.

“I love the fact that this Essential Kitchen is here to provide people with the opportunity to compete on another level,” Pegues said.

Rose’s dedication to the small business community in Southeast Queens is being honored. Last month, she was awarded with the David Prize — a distinction for New Yorkers working to create a better city at a grassroots level. With the award — comes a $200,000 grant. She says, she’ll be able to help even more business owners now. She currently has a waiting list of 50 people.

“These funds will be able to maximize the space by bringing in more equipment to facilitate the needs of the waiting list,” Rose said.

Potentially — opening the doors for dozens of local small business owners — with a dream.