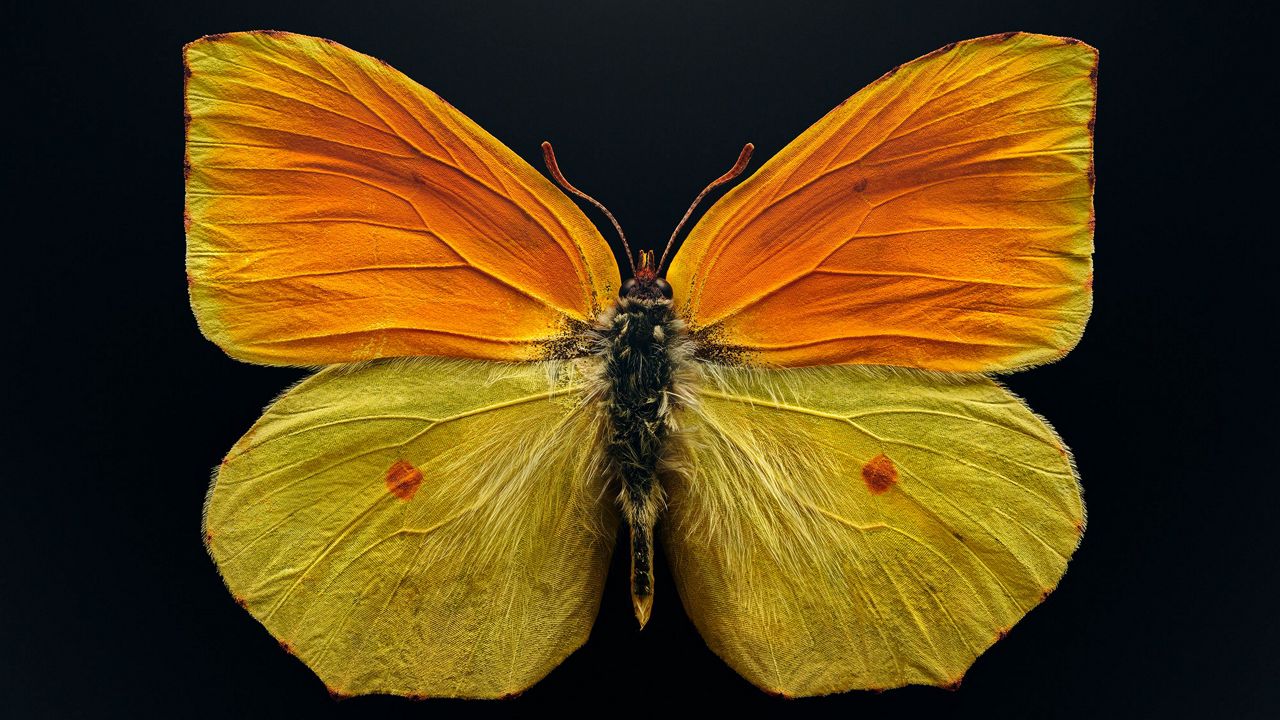 Extinct and Endangered: Insects in Peril, is a new exhibit at the American Museum of Natural History which aims to show the beauty of insects. (courtesy of Levon Biss)

Bug out at the American Museum of Natural History

The Lord Howe Stick Insect is glossy black and can be up to seven inches long.

For decades, it was believed to be extinct, until a small population was found on a tiny island off of the coast of Australia.

“These are ancient lineages, they are vegetarians, they eat plants, they really don’t do anything to harm humans in any way, they are kind of a close relative to things like grasshoppers,” Dr. Jessica Ware said, Associate Curator in Invertebrate Zoology at the American Museum of Natural History.

It’s one of 40 insects featured in these larger-than-life extreme close-up photos taken by Levon Bliss, in an exhibition called Extinct and Endangered, Insects in Peril.

The exhibit, curated by the museum’s David Grimaldi, aims to show the beauty of insects in bees, butterflies and beetles. These insects are threatened with extinction because of factors like habitat loss and climate change, and their importance to ecosystems around the world.

Deep inside the museum, in a room, not open to the public, millions of insect specimens are stored. They are accompanied by an information panel featuring the insect’s actual size.

The exhibition comes as the museum prepares for the opening of its new Richard Gilder Center for Science, Education and Innovation this winter.

The exhibition will feature the Solomon Family Insectarium, where more of the insect collection will be on public view.

“These insects have been in drawers with the doors closed in some cases for 100 years, so this is a chance to have them have their show, be on display, viewed by millions of people every year,” Ware said.