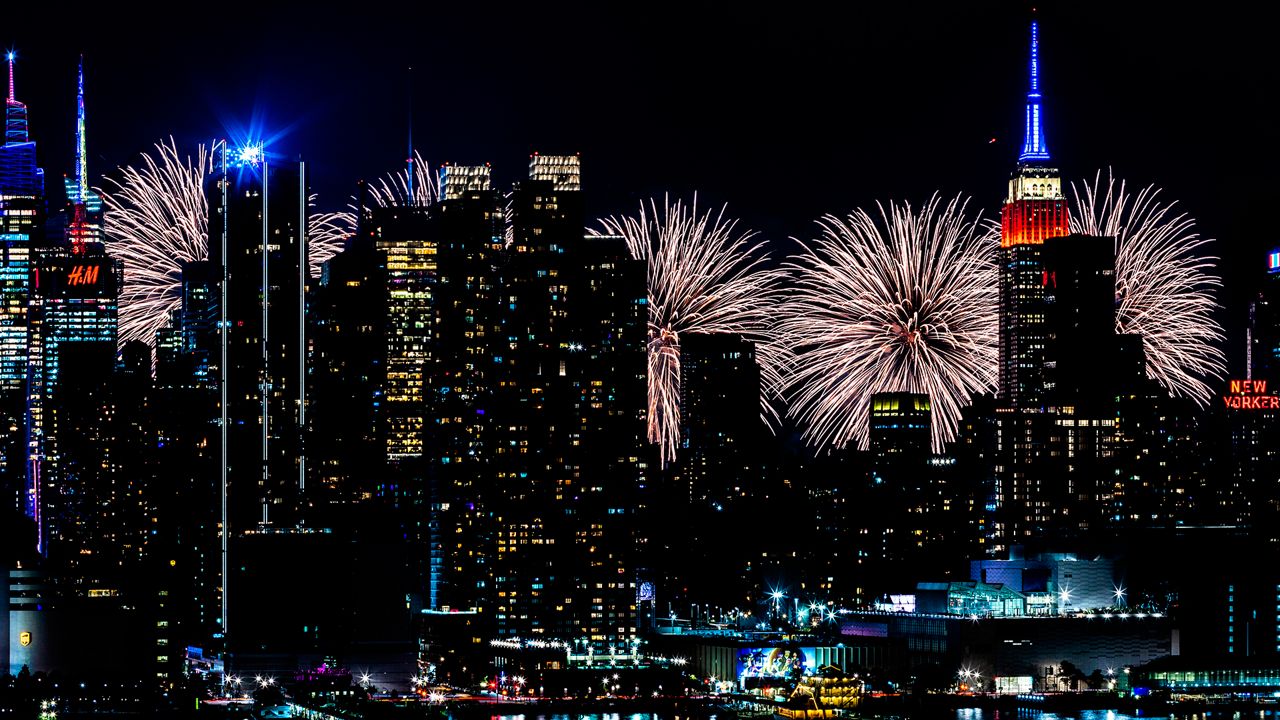 For the 46th year, the Macy's 4th of July Fireworks show lit up the New York City sky on Independence Day.

Nearly 50,000 shells launched into the sky from five barges along the river for the 25-minute show.

Before the show, people waited in line for hours at various viewpoints on both sides of the river to get optimal seating.

The NYPD stepped up security in an effort to keep specators safe for the annual celebrations.