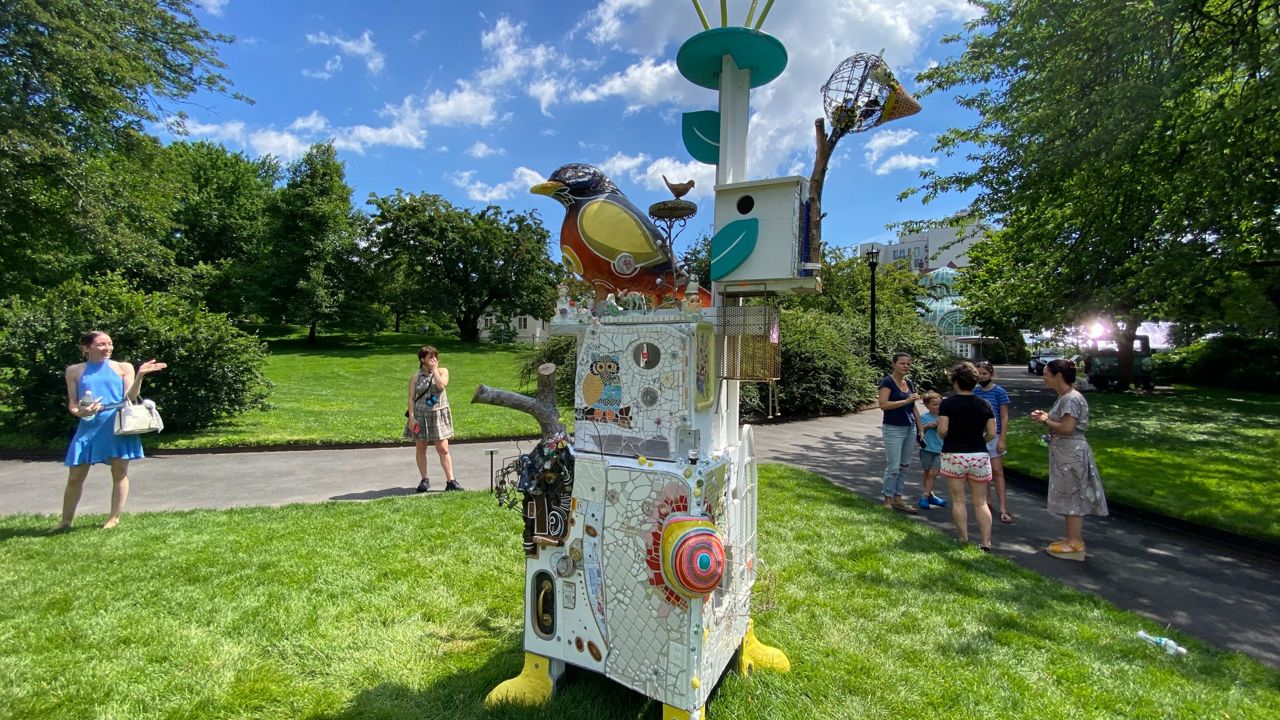 A garden for the birds in Brooklyn

Peppito’s work is one of 33 birdhouses from artists, architects and designers placed around the Brooklyn Botanic Garden, part of an exhibition called “For the Birds.”

It developed from a larger initiative by acclaimed film and television music supervisor Randall Poster, who curated a 20-album set of music and poetry by artists like Beck, Nick Cave and Elvis Costello called The Birdsong Project, inspired by his experiences during the pandemic.

“Just sort of marveling at all the bird life that had become more visible and oral during the lockdown,” Poster said.

“Randall was doing this for the benefit of the Audubon Society, he said I have a part two, we want to commission artists to make these works of art, but I need a place to display them, and to us it was kind of a new brainer because Brooklyn Botanic Garden has been kind of a de facto bird sanctuary for 110 years because of the great habitat we have here,” said Adrian Benepe, president and CEO of the Brooklyn Botanic Garden.

Visitors will be able to listen to selections from The Birdsong Project around the garden as they visit the birdhouses, which are everywhere, including this whimsical “birdega,” which makes you want to order a bacon, egg and cheese inside.

“We all enjoyed stepping away from our practice to just do something really fun,” said artist Olalekan Jeyifous, who also goes by the name Lake.

Kevin Quiles Bonilla’s work is a replica of his grandmother’s home in Puerto Rico. He draws parallels between birds and humans as migratory creatures.

“The wallpaper is a photograph of the wall tiling in my childhood home, so it’s kind of a hybrid of different elements that make up what home is to me,” Quiles Bonilla said.

For the Birds will be on display through Oct. 23, along with music, performances and educational programming.