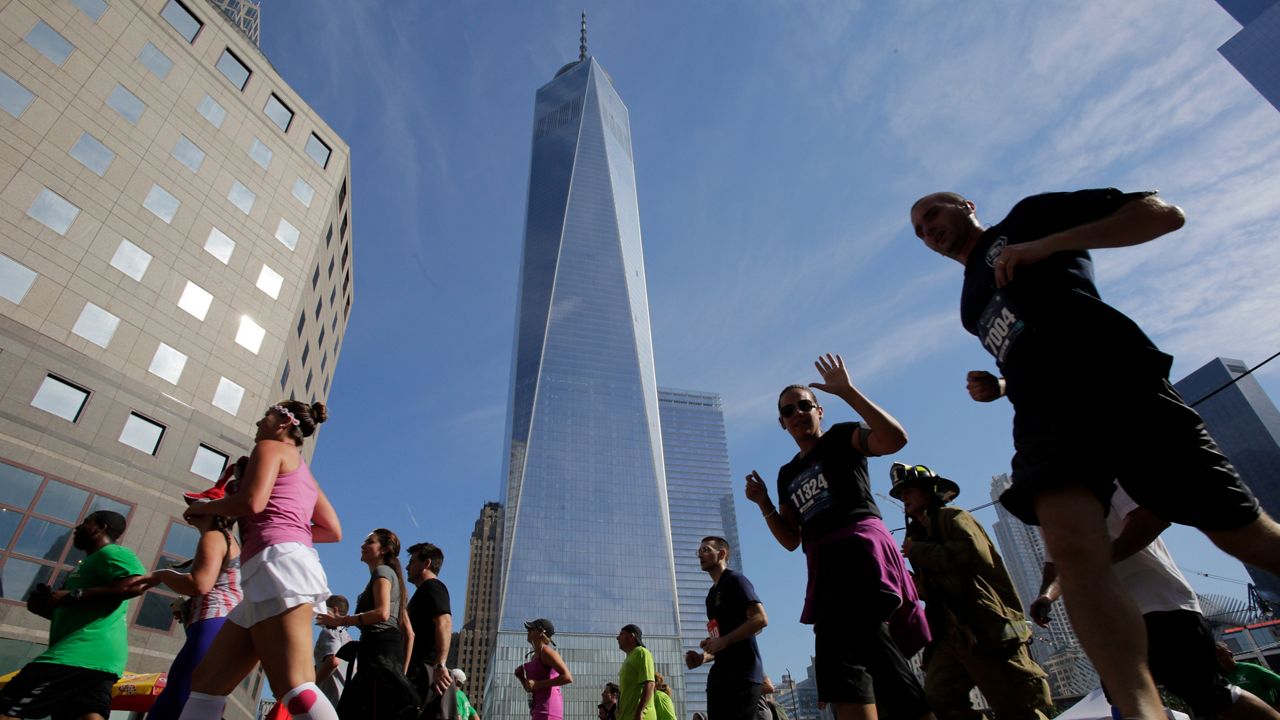 Tunnel to Towers climb returns for first time since pandemic

Hundreds of people climbed 104 stories Sunday as part of the Tunnel to Towers Foundation’s annual climb of One World Trade Center to the Observatory. The event was back after a two-year hiatus because of the pandemic.

“The first year I did the event was the year right before COVID,” said participant Susan Fiorentino. “After the event, as tough as it was, as hot and sweaty the day was, I was like I can’t wait to do this again so it was disappoint but understandable why it couldn’t be held the past 2 years.”

The first wave of climbers started their ascent at 5 a.m., but they weren’t climbing for the sake of climbing. The event is a fundraiser for the Tunnel to Towers Foundation, which raises money to pay off mortgages for the families of injured and fallen first responders and veterans.

Many participants took on the challenge for their own special reasons. Mia Coe said she climbed in honor of her mother who escaped down 103 stories from the south tower on 9/11.

“FDNY, NYPD, and all the other first responders combined with her courage and strength and the grace of god is whey she’s here today and I get to hug my mom,” Coe said.

The Tunnel to Towers foundation was created to honor FDNY firefighter Stephen Siller who after a shift in Brooklyn on 9/11, ran through the Brooklyn Battery Tunnel to the twin towers to help. He was among the 343 firefighters who died that day.

“Many were rescued because of the firefighters especially that were going up the stairwells saving peoples lives that day. Most certainly our police officers as well,” Siller’s brother and foundation CEO Frank Siller said Sunday. “And to be able to enable people to go up the stairwell in honor of all these great Americans is important.”

Since the terror attacks, 287 firefighters have died from 9/11-related illnesses. Just last week the FDNY announced for more deaths in a four day period.

“We were told after Trade Center that some of the illnesses would take 20 years to take place and unfortunately now we’re paying the price for that,” said former FDNY Commissioner Sal Cassano. “This week we had four in four days, but for the last few years, they’ve become more frequent than we’d like to have.”

Participants and organizers said as the city continues to lose its heroes impacted by 9/11 related illnesses, they will continue to step up and honor them through this small sacrifice and the fundraising associated with it.