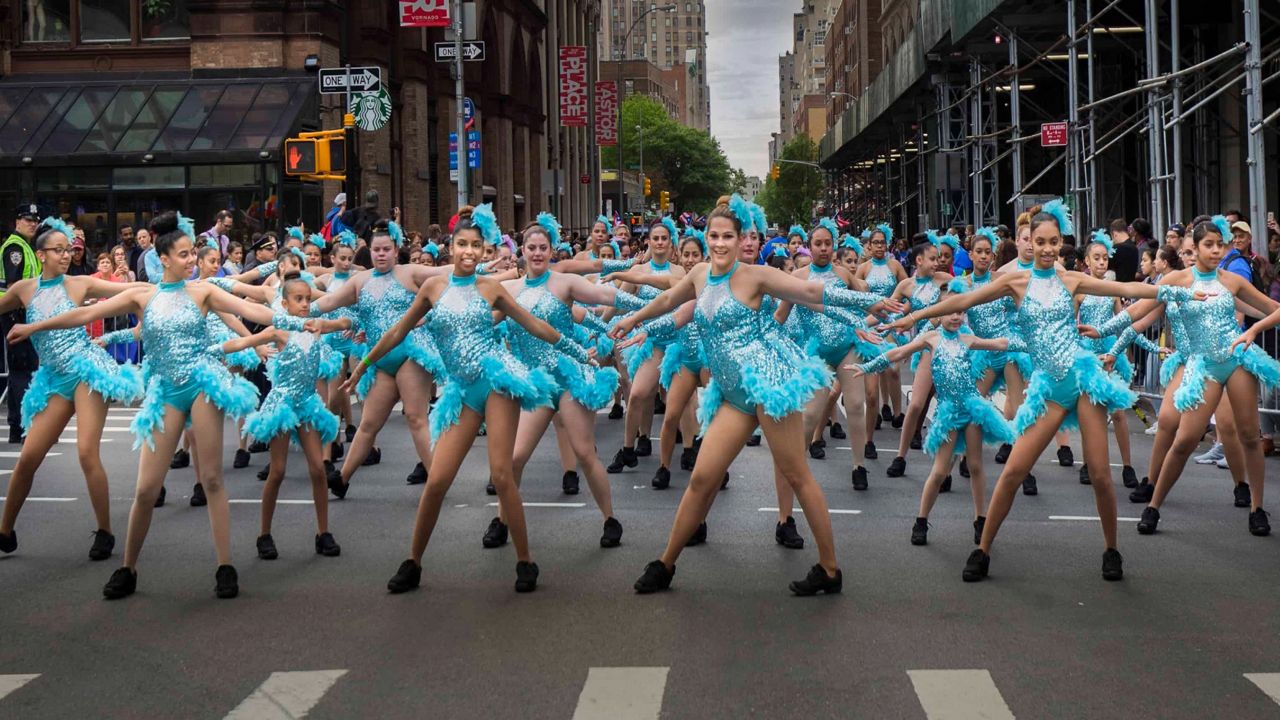 The Dance Parade features thousands of dancers and around 100 styles of dance. (Photo courtesy of Dance Parade)

Dance Parade returns to the streets of NYC

Noah "Noahlot" Catala danced in the movie version of "In The Heights," where he played Graffiti Pete. Catala choreographed a routine for the the KR3TS Dance Company, founded by his mother, Violeta Galagarza.

"The choreography I made is basically a style called 'lite feet,' and I put it together where it shows the rawness of 'lite feet,' where it actually came from,” said Catala, who is looking forward to showing it all off on a float at the Dance Parade.

The members of KR3TS are among the more than 10,000 dancers, DJs and bands participating in the 16th annual Dance Parade and Festival on Saturday, May 21. It's the first in-person Dance Parade since 2019, with the appropriate title of “Back to the Streets.”

"A Ukranian group is going to lead out the parade to honor what they have been through and honor their culture, and then we will have 100 unique styles of dance, everything from ballet to break dance,” said Greg Miller executive director of the nonprofit that produces the event.

There will be Irish dance too. The USA Irish Dance Alliance will have 40 dancers there, including Nora Delehanty, who is excited to be part of it.

"We are going to be with like, thousands of other dancers, and it’s going to be so unique seeing everyone's different cultures and dance styles and it will be really special,” said Delehanty.

It's the city's largest dance event, which started as a protest of New York's Cabaret Law. Dancing at bars and clubs was barred without a proper license until it was repealed in 2017. It starts at East 20th Street and Broadway and ends up in Tompkins Square Park with a five-stage festival.

Violeta Galagarza, whose company is celebrating nearly 32 years training dancers from lower to middle income families to provide alternatives to social and street pressures, says it's their first appearance in the Dance Parade.

"We are just going to be celebrating, this is our first time back in the streets, representing with over 40 dancers and our DJ Nino, to just show love and what's missing for the past three years we have got to give it back to our audience,” said Galagarza.