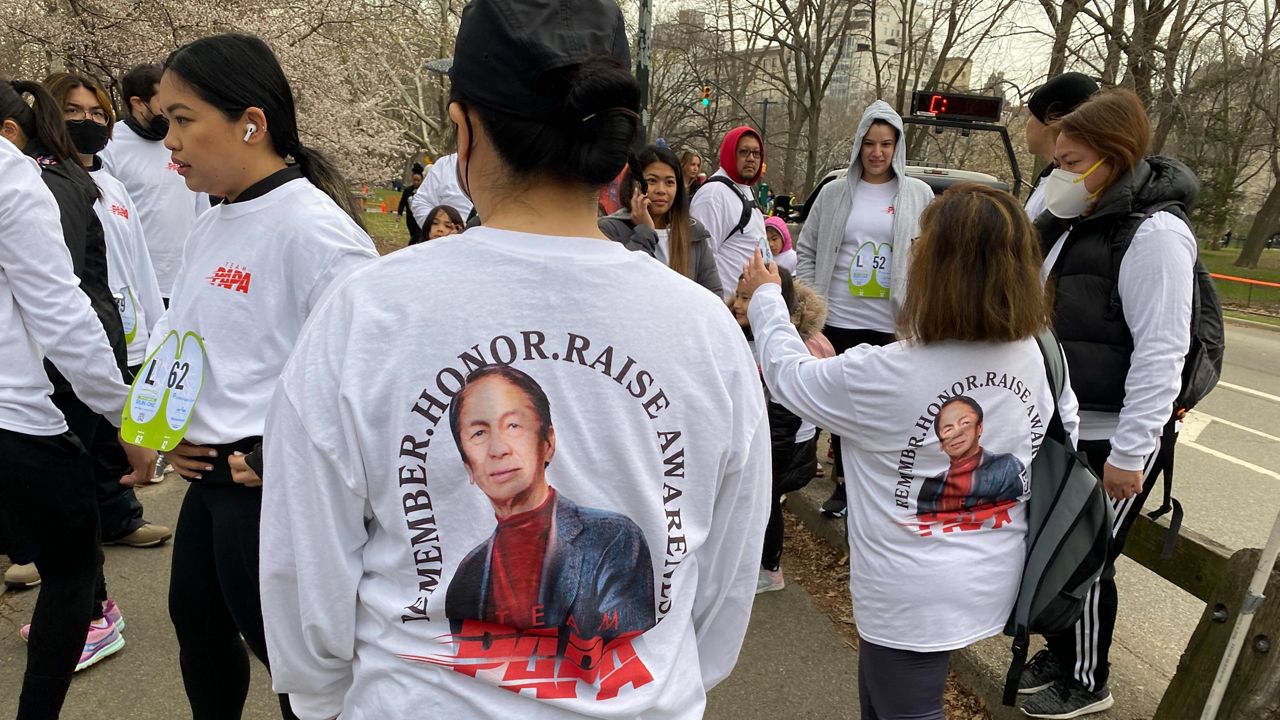 Ailleen Manansala ran Sunday in honor of her father Enrique “Papa” Manansala, who died of lung cancer ten years ago. (NY1/Justine Re)

Ailleen Manansala ran Sunday in honor of her father Enrique “Papa” Manansala, who died of lung cancer ten years ago. The JPMorgan Chase “Run as One 4M” in Central Park was designed to raise awareness for the fight against lung cancer.

New York Road Runners organized the run with the Thomas G. Labrecque Foundation. Sunday was the first time they have held the run since 2019 because of the pandemic.

“My dad was the epitome of selfless. He did and gave to everybody. He gave to everybody more than himself,” Manansala said. “Our father actually passed away from the same cancer type that Thomas G. Lebrecque, the namesake the the foundation, died from.”


Labrecque didn’t smoke his entire life, but died of lung cancer in 2000 at 62 years old. He was a former Chase Manhattan Bank chairman. His son Thomas G. Labreque Jr. is dedicated to teaching people about lung cancer.

“It’s non-small cell lung cancer is normally what never smoker lung cancer is. It is a well-known cancer, we just don’t know why never smokers get it,” Labrecque said, “Over 200,000 people a year are diagnosed but if you pull out the people who have never smoked like my Dad, that’s about 20% of the people.”

Labrecque said his father’s diagnosis has taught him a lot about lung cancer prevention — and he hopes to pass that knowledge on to others.

“The best advice I could give anybody is, if you have a cough that’s there for three months and you don’t understand why, just turn around and get it checked out. Especially if you are a never smoker because that is what normally happens,” Labrecque Jr. said. “The other issue we are really trying to raise awareness about is that there is no good early detection.”

This effort is something that the Manansala family work to help spread to keep their father’s memory alive.

“We go by 'Team Papa' because everyone who knew my dad knew him as ‘Papa,’” Manansala said. “Regardless of who you were, you were family to him. If you needed the shirt off his back, he would give it to you.”

Organizers say the Labrecque Foundation has raised about $18 million for lung cancer awareness since it's founding.