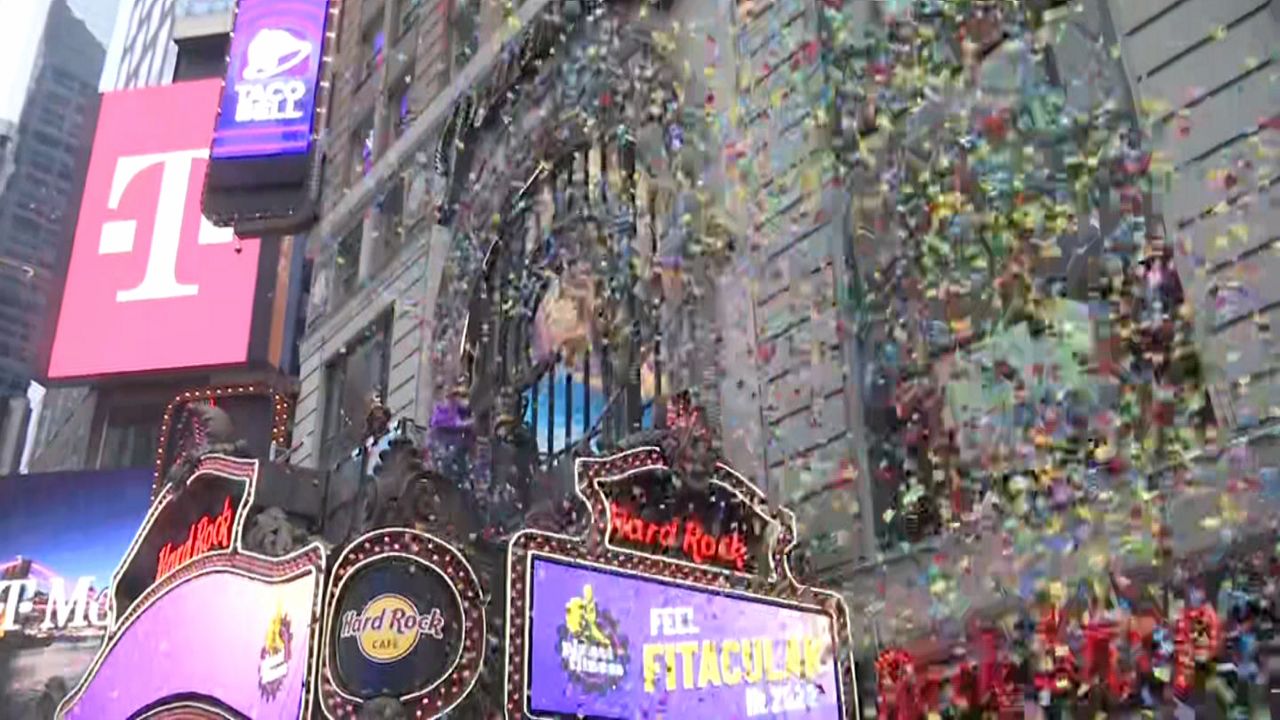 A rehearsal of the confetti toss from the Hard Rock Cafe marquee on Dec. 29, 2021.

NEW YORK — 2022 is almost here and preparations are ramping up for the New Year's Eve celebration in Times Square.

A rehearsal of the confetti toss from the Hard Rock Cafe marquee was held Wednesday. It was in preparation of 3,000 pounds of confetti to be launched into the air Friday night.

"Different years we get different effects. Last year with the wind, you get like this whirlwind, tornado effect in Times Square. This year it was a great warm day, no wind. The confetti was a little, oomph, in the beginning. But then we learned how to throw it," said Jeffrey Straus, the president of Countdown Entertainment, a co-organizer of the New Year's Eve celebration in Times Square.

"Typically, you throw it up and out and it would go up into the sky. This year we had to throw it down, and the heat from the pavement would make the confetti rise. So we learn every time we test."

The colorful confetti includes thousands of messages from people who wrote on the Wishing Wall in Times Square.