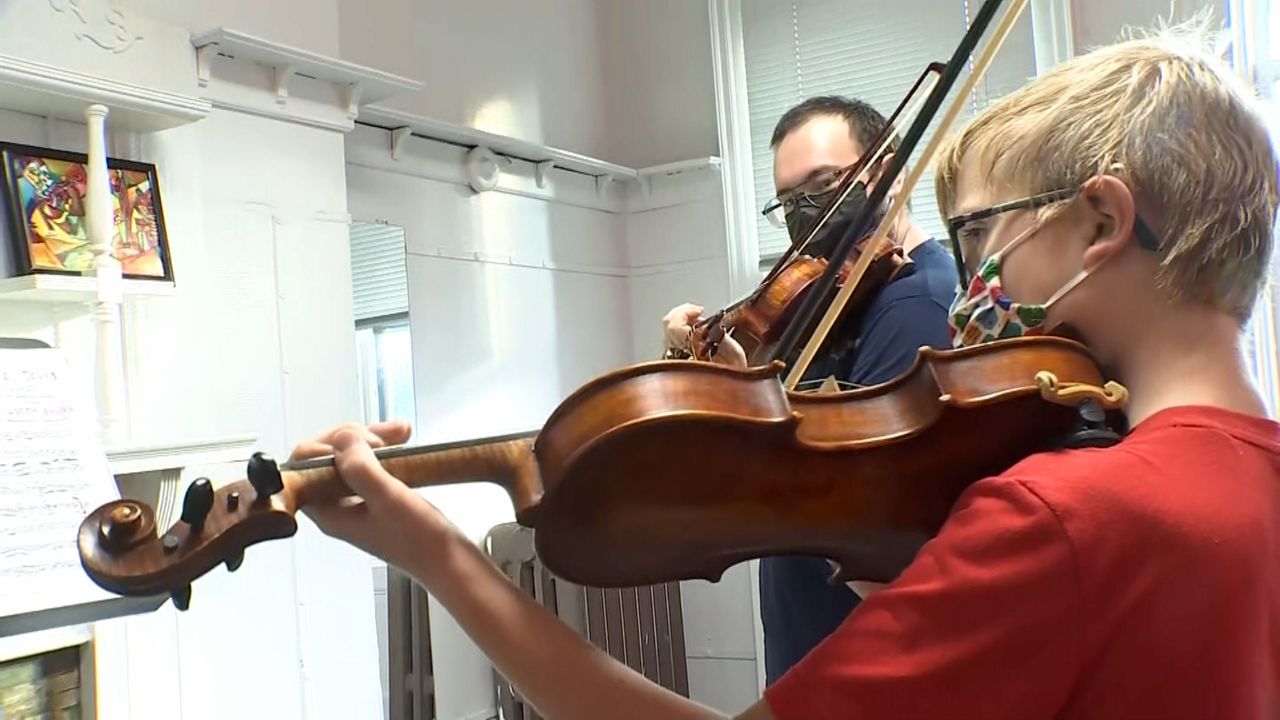 Whether mastering the strings or conquering the keys, the in person lessons at Bloomingdale School of Music mark a major step back to life as they know it for its budding young musicians.

"Music is an art of communication," explained Marc Peloquin, a resident teaching artist. "Students, by example, they look at positions and things like that. A lot of that is easier in person."

As kids return to academic classrooms, the Upper West Side institution is moving forward with it's own recovery plan by welcoming students in the building for after school programs this fall, a first since going virtual in March 2020.

"The rules that Bloomingdale School of Music had made me feel safe," said Alex Stahl, a piano student.

"We have done a ton in the building with the HVAC system, bringing in different air ventilation systems," said Erika Atkins, executive director.

According to Atkins, students and staff have the flexibility to stick with the online lessons and recitals that are now core to their operation. The demand for face to face instruction has shown how eager the school's community is for the recovery.

"I think it's pretty critical to the city's overall recovery. I think the arts in general are so important to our mental health. If you look at what's kept people sane in the past year, year and a half, they were logging online, they were watching concerts," said Atkins.

While learning from home has its charms, for some students it's not enough.

"Online, there's so many distraction just around you and l like these pianos," said Stahl.

And, when it comes to music, there's something about performing and sharing it together that's healing in and of itself, and pretty hard to replicate.

"I think it takes people's minds off of the scary stuff," said Peloquin. "Music is just a great art, it's a gift."