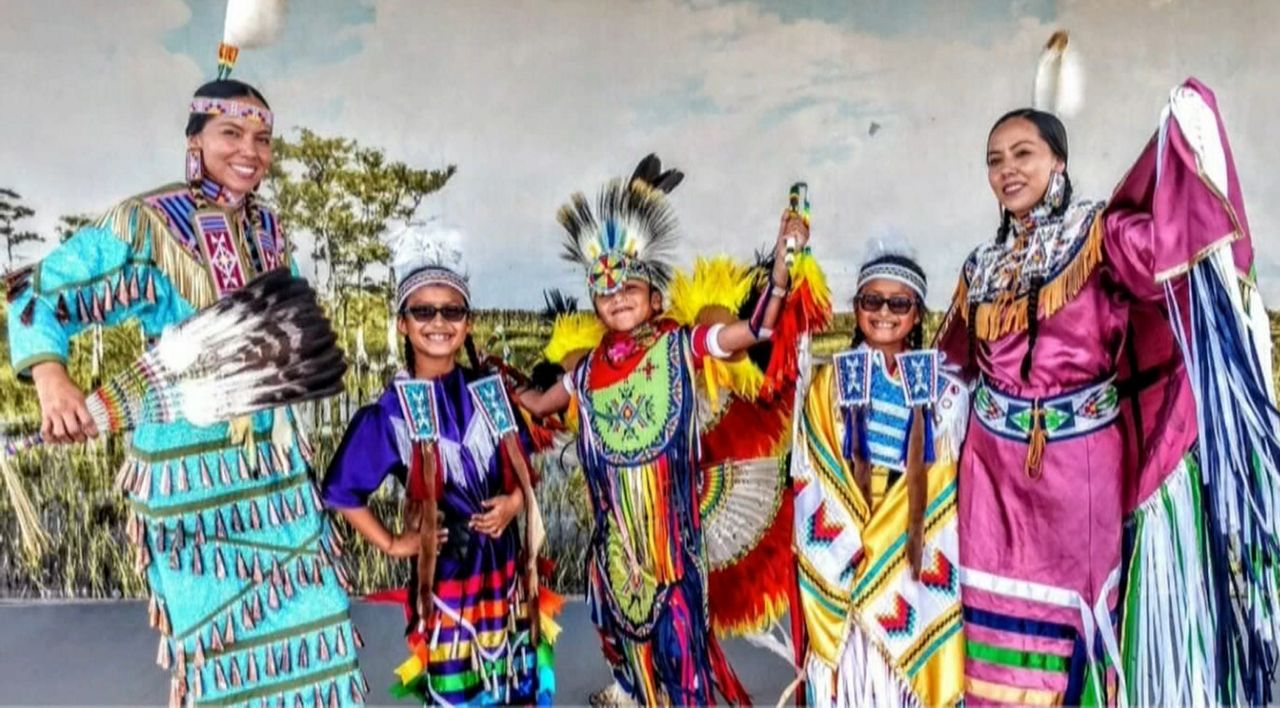 NEW YORK — "Indigenous Peoples' Day is a day for us," explained Cliff Matias, cultural director for the Red Hawk Native American Arts Council. "It's a day for indigenous people to say, 'hey we are still here.'"

Matias is one of the organizers behind an annual Indigenous Peoples Day celebration on Randalls Island. Held on Columbus Day, it's a celebration of culture that includes an effort to push the city to recognize it as an official holiday.

"Really what we're talking about is, America starting to acknowledge its history and bringing forth a mindset of compassion and understanding," said Matias.

It's part of an ongoing reckoning with the legacy of Christopher Columbus and with the nation's history.

This year, city public schools will observe what the Department of Education is calling Italian American Heritage/Indigenous Peoples' Day, a compromise officials came up with in response to the backlash after the education officials renamed the Columbus Day holiday on the school calendar and simply called it Indigenous Peoples' Day. Speaking earlier this year, Mayor de Blasio defended the decision, but Matias said officials can do better for students.

"The politicians are like, 'Hey, we're appeasing everyone,' but you're really not," Matias said.

He said it will still be a day to show cultural pride, but stands as an opportunity to honor a fuller history.

"We're teaching our young people in school to understand that, hey the founding of this country weren't [sic] with the best intentions, but this is where we are and this is what we're doing to do to better it," said Matias.