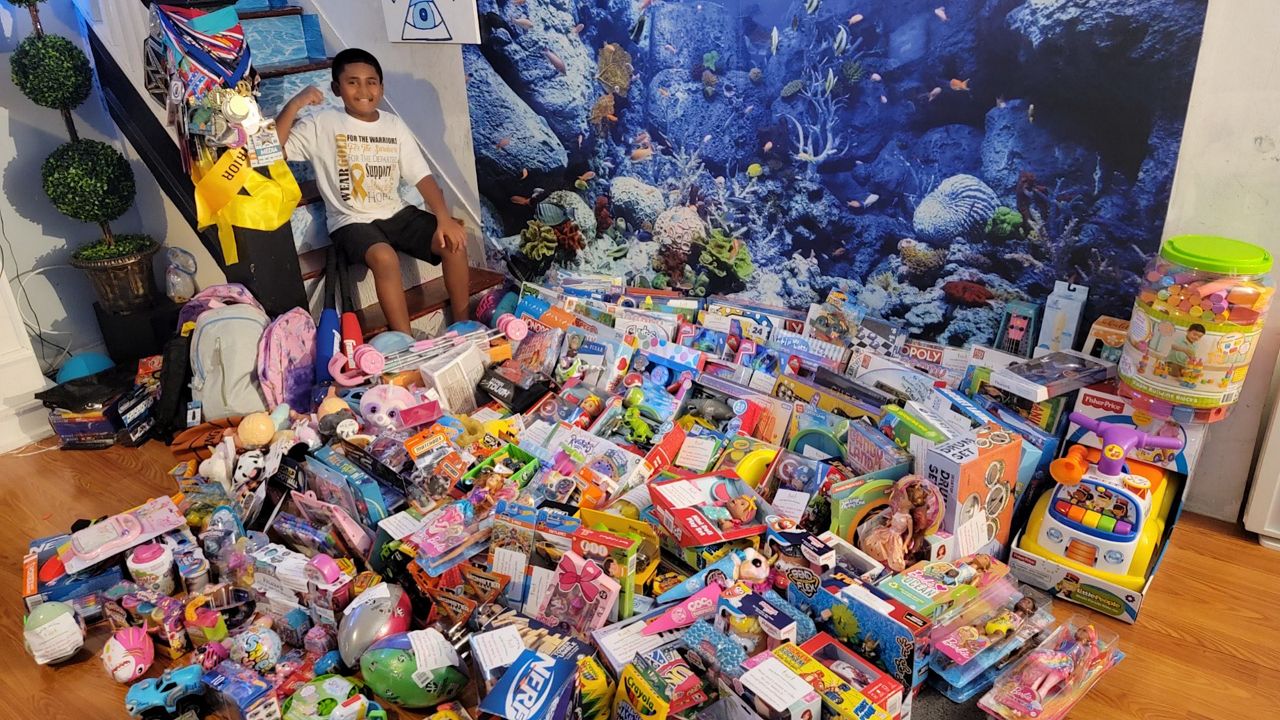 Looking at King Singh you wouldn’t think of him as a “sick kid." From his stamina to his smile you wouldn’t even guess he’d spent every day at the hospital for three and a half years of his young life.

“It was really tough going through the cancer treatment. I had to go to the doctor all the time and get finger sticks and needles,” King remembered.

At only two years of age, King was diagnosed with Acute Lymphoblastic Leukemia, or ALL. Until the age of six he was given high doses of chemo everyday suffering every negative side effect plus cognitive damage. His parents gave him toys to distract from the painful treatments, but to King they meant so much more.

“When you’re in the hospital, toys become your friends,” King said.

And that’s where the real service began. King would see other terrified kids getting treatment and freely gift them his own comforting toys.

“Once he started giving away his toys to other children who were crying in the hallways, it just sparked something inside us to do more. Cause when you saw the smiles on his face and on the other child’s face, it lit something up inside of us,” said Michael Singh, King's Father.

In 2018 the whole family got involved starting the King Fights Cancer Foundation, a nonprofit inspired by their son’s selflessness. Year round toy drives and toy deliveries are only half of what the family does. Their aim is to do whatever they can to assist families financially while bringing awareness to a need for less toxic children treatments.

“As a survivor, I feel good to give back all these toys to children in the hospital. I felt super happy because I was once like them and I know what it’s like to be in the hospital,” King recalled.

Now two years into remission, King carries a backpack of toys to every check up appointment. Handing out it’s contents to any kids in the waiting room and their siblings.

“My son found the will to give back during the most difficult part of his life, inspired us and made us want to give back and do more,” Michael said.

For his eighth birthday this year, King arranged this toy drop at the hospital where he receives treatment. He loves passing out the presents, but King says he also hopes he’s passing along courage and a reminder to each kid that they’re so much more than their diagnoses.

“He taught us how to give back. He showed us what to do and we just followed in King’s footsteps,” Michael smiled.

For gifting kindness and courage King Singh, is our New Yorker of the Week.

To support King's foundation visit his website at kingfightscancerfoundation.org.