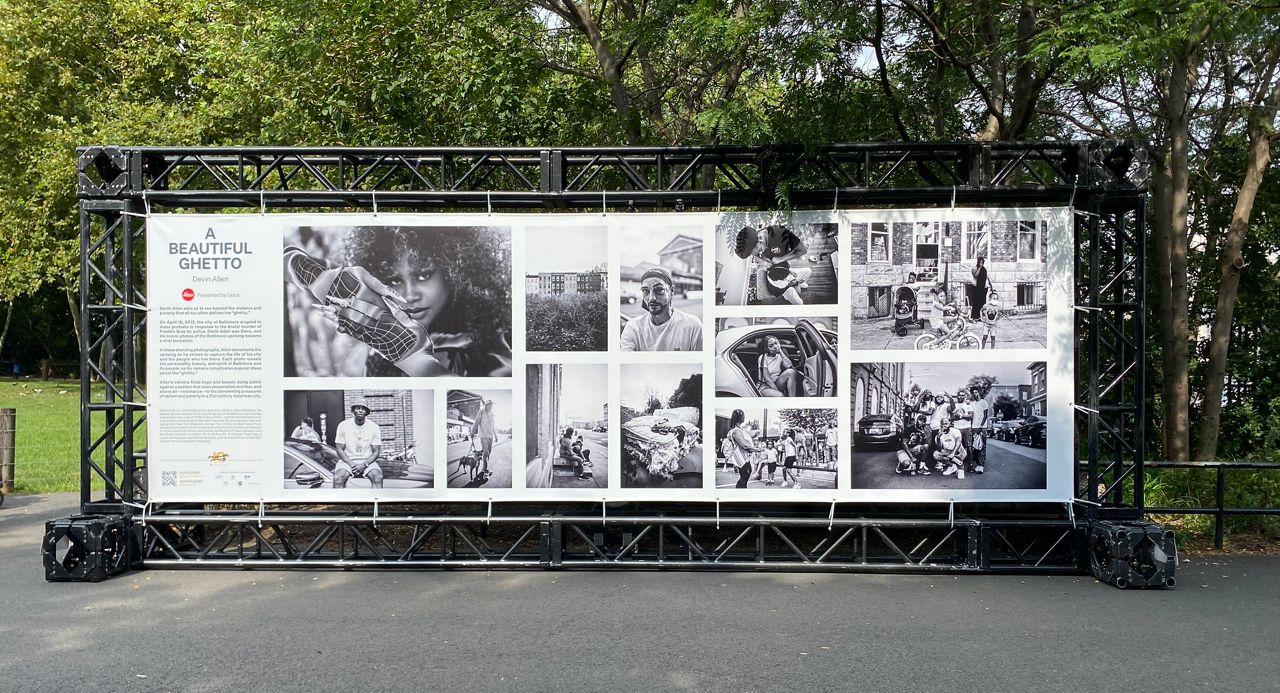 Michelle Agins is the pioneering Pulitzer Prize winning New York Times Photojournalist. An exhibition is of her work at Brooklyn Bridge Park, features photos of well-known politicians, athletes and celebrities. There are everyday photos too; pictures of New Yorkers and images of the New York Liberty Basketball Team on the road in the early days of the WNBA.

"These women weren't treated like regular NBA stars," said Agins. "They had to wash their own uniforms in the sink at hotels, and they had to double up in rooms, so to get access over the months of following them at Madison Square Garden and to actually get this road trip with them, was an amazing part.”

The display along the waterfront is just one of the more than 75 exhibitions at more than two dozen outdoor spaces citywide that are part of this year's Photoville. It's the tenth anniversary of the festival, produced by the nonprofit organization of the same name. It works to promote a wider understanding and increased access to photography and visual storytelling.

"Without photographers and photography, it's going to be really hard to understand the world," said Laura Roumanos, who co-founded Photoville along with Sam Barzilay and Dave Shelley.

For its first eight years, Photoville uniquely set up its exhibitions in shipping containers in Brooklyn Bridge Park beneath the bridge. The containers are gone due to the pandemic, but the festival was expanded to every borough last year and that continues this year.

"The idea that folks can walk around and jog and kind of be impacted by these images and these stories, and really important stories," said Roumanos.

Michelle Agins has been telling those stories with her camera for more than three decades at the Times. She is thrilled to have folks see her work in a different type of setting.

"It's kind of like a wonderful moment to show New Yorkers that there are so many aspects of the city that they just don't know about," said Agins.

Photoville runs in all five boroughs through Dec. 1.