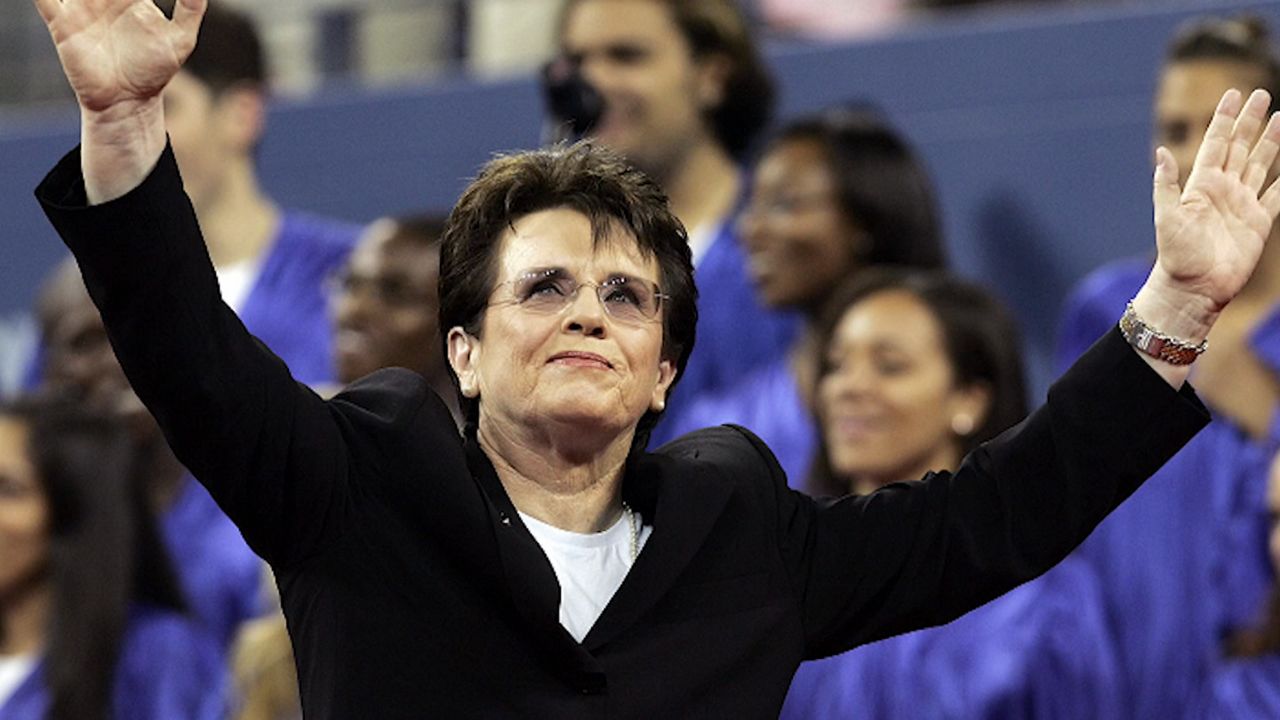 Billie Jean King is a five-time Wimbledon singles champion, winner of 12 singles Grand Slams and a trailblazer in sports and public life for five decades.

Whether it's those chasing to make history, or those picking up a racquet for the first time, King's message is the same: that tennis should be inclusive and available to everyone.

"We're not a country club, over 70% of tennis I played in public parks. I'm a public park kid, I would have never made it if I never had that free access and free coaching,” King said.

The tennis icon caught up with NY1’s Pat Kiernan at a City Parks Foundation event on the grounds that bears her name.

King and the City Parks Foundation are helping provide free instruction in the 22 public parks across the five boroughs.

"We're trying to level the playing field so to speak for everything that we do, including tennis, so we're trying to bring a program to the parks where they have some wonderful tennis courts but they're never used, so that's our job to get kids out there and just give it a try, just try it,” said Mike Silverman, the director of sports at the City Parks Foundation.

King said the COVID-19 lockdown brought new players to tennis — it’s a sport with social distancing built in. That's translated to more than 4 million new players since the pandemic began.

King has been fighting for leadership and gender equality since the early 1970's when she famously convinced tennis executives to give equal prize money to male and female winners.

It's a message that was far ahead of its time.

"Any girl in the world, if she's good enough to compete, should be appreciated for our accomplishments, and not only our looks, and we'd be able to make a living playing tennis,” King said.

At 77, King is showing no signs of slowing down. Her new book, “All In," chronicles her work as an athlete and activist.

At the City Parks Foundation event, King gave out two awards for community service and junior achievement, slways connecting those who paved the way with those still walking their own path.

"Everyone is an influencer and everyone can lead. And what we did was when tennis went pro in 1968, they started getting rid of women’s tournaments and getting rid of us,” King said. “Then the prize money was 8 to 1, 12 to 1, 10 to 1, and you could see the writing on the wall, I wanted to get us all together.”