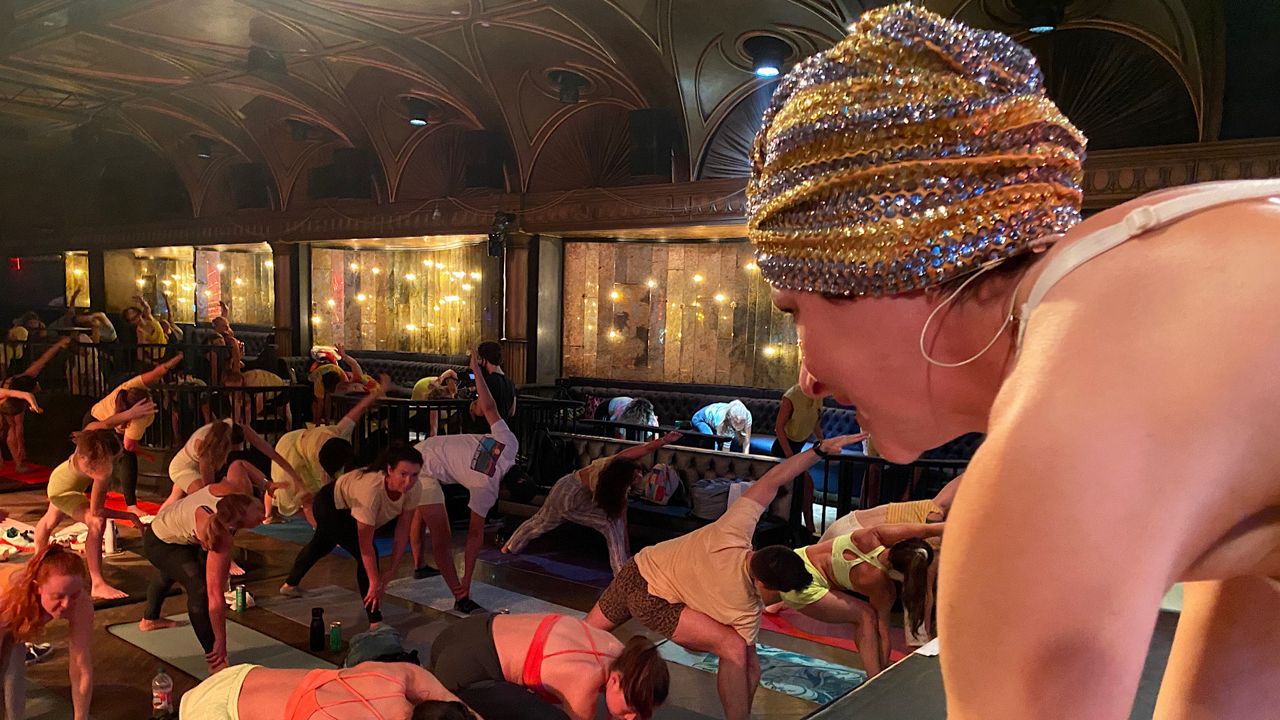 Early in the morning when the city is still, Sarrah Strimel heads to a theater in midtown to wake it up. Strimel is a yoga instructor teaching a different kind of exercise these days. This one works out your vocal chords.

“I was on Broadway for 15 years and when the emotions get too high in your life you sing and you dance,” said Strimel.

All yogis in attendance are required to be fully vaccinated. Sarrah says this class is the perfect vehicle for letting stress go, especially any caused by the pandemic.

Fear is something Sarrah knows well. A year ago she was diagnosed with stage two breast cancer and fought through treatment her way.

“I went through a double mastectomy two rounds of IVF chemotherapy and radiation. It was a long long year. Its important to share my story because I had a choice to live in fear and I chose to sing and dance my way through cancer,” said Strimel.

That shows in her class with each pose the energy level picks up into full singing and dancing.

“It was amazing. My first time doing yoga and actually singing for me it’s like a release of all the things inside my head,” said Diana Vivanco who attended the class.

“There’s a lot of times I’ve had fear within me and felt like I couldn’t speak my voice because of the pandemic and being able to express that vocally was a major release,” said class member Lillian Mauser-Carter.

Sarrah said it’s those releases that make the class worthwhile.

“In the end it’s important to me to really allow one persons voice to be heard that maybe has never let it be heard before and they could walk out of this experience feeling like a superstar,” said Strimel.