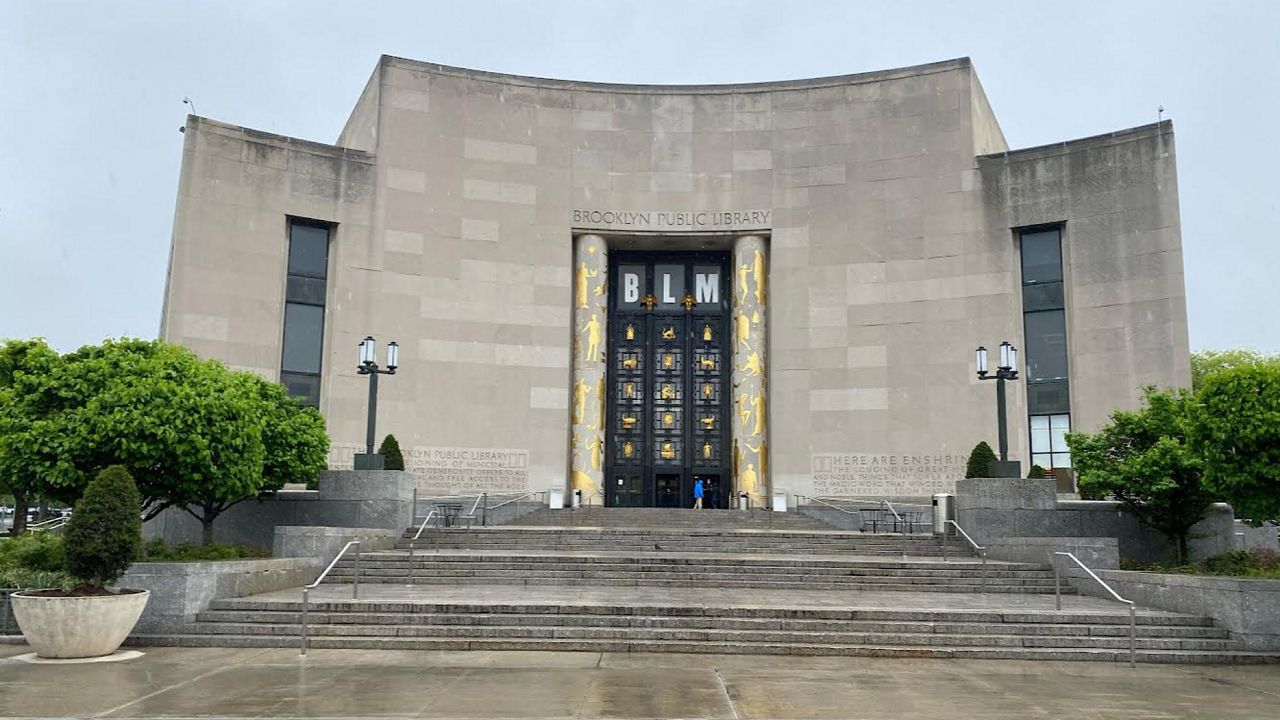 Exterior of the Central Library building at Grand Army Plaza in Brooklyn.

BROOKLYN, N.Y. — When the Brooklyn Public Library begins welcoming visitors inside its Central Library on May 10, they may find it looks very different, especially an area near the entrance called New and Noteworthy, which looks a little like a local bookshop.

"The idea was to create something that is more akin to a bookstore than a library. It's curated by our librarians," said Linda Johnson, Brooklyn Public Library President and CEO, while showing off the renovation of the library system's home branch located at the intersection of Flatbush Avenue and Eastern Parkway at Grand Army Plaza. The historic building first opened in 1941.

"When I talk to adults they often remind me of stories that they had as children and they talk about what it meant to come to Central, how big a deal it was to come to the Main Library," said Johnson.

The $38 million project, which took a little more than two years to complete, optimizes space throughout the landmark building to make as much available to the public as possible.

The Central Library serves more than one million people each year. When visitors first arrive, there is an area for checking out and returning books, dedicated to the late longtime Congress Member from the area Major Owens, once a librarian for the Brooklyn Public Library.

"It's still beautiful in there and still it encourages people to come and stay for hours but we've also tried to create an environment where people can sort of come in and do their errands and leave," said Johnson.

In the Grand Lobby, the wood has been restored and Terrazzo floors have been brought back, so it appears just like it did when it first opened. A new staircase leads from the information commons technology area to a new business and career library.

The library has also added an entrance on Flatbush Avenue to what they call Civic Commons, where Passport Services area are available as well as a computer lab. There are still plenty of books of course, but Johnson says a lot of the work they are doing now is about digital literacy.

"What it takes to be literate in today's society is much more complicated, right, it's not just being able to read a book or to write, it's being able to navigate all kinds of technology and to be able to access information digitally," said Johnson.

She said she looks forward to showing off the newly renovated library as they start welcoming back visitors here and in other libraries around the city.

All three library systems in the five boroughs will start allowing limited in-person browsing and computer use after more than a year of mainly being closed due to the pandemic. Library branches offered Grab and Go pickup and drop-off of books during those months.