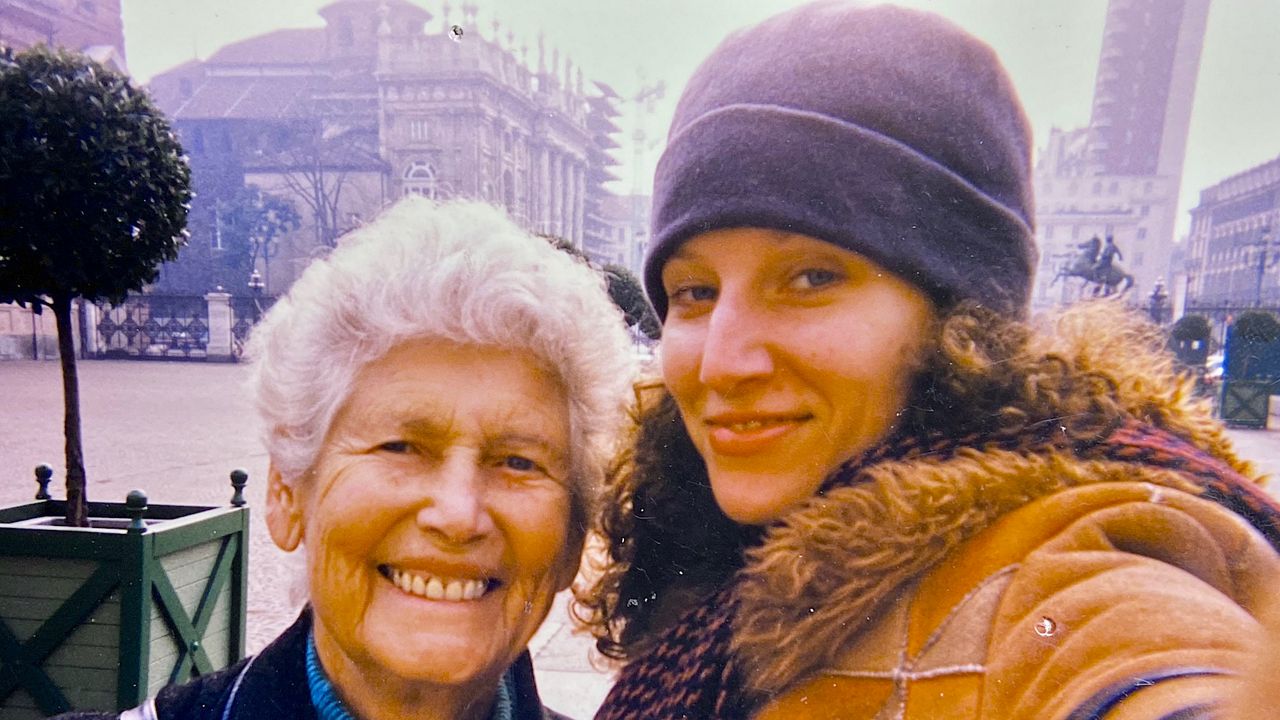 Walking through Spyscape, the museum of espionage in Midtown, filmmaker Enid Zentelis is intrigued by the collection of spy artifacts, but she's on her own mission to learn the truth about her late grandmother, a Hungarian-Jewish Holocaust survivor -- and a spy.

"I was going through her things and found myself staring at a letter that I had seen in childhood and I didn't really understand. It had to do with some sort of covert work she had done for the British," said Zentelis.

And so Zentelis spent four years unraveling the secret life of her grandmother Isabelle, which unfolds like a classic spy thriller in a new six-part podcast called "How My Grandmother Won World War II."

Zentelis determined that her grandmother was in fact a covert operative working in Hungary for the British, during World War II.

"It was her brother Zoltan that got her involved in covert work," said Zentelis.

Zoltan was a telegraph operator at the post office - a position that gave him access to crucial information like Nazi troop movements, which he then passed on to his sister. Exploring the artifacts at Spyscape, the famous enigma code breaking machines hold special significance to Zentelis. "When my great uncle started working at the post office, they decided to use their childhood code and maybe further develop it to encrypt the information that they intercepted at the post office so that when my grandmother carried it to the British legation in Budapest -- if she were to be discovered, it would be in code," said Zentelis.

Isabelle was arrested later, not for espionage, but for being Jewish. Using her guile once again, she escaped. After the war she was a refugee with young children who lost her husband.

She eventually settled in Corsica. She died in 1988. Her daughter — Enid’s Mom, came to America and lived in Queens.

Zentelis, an NYU film professor, pieced together her grandmother's story by tracking down distant relatives and sifting through declassified records in Britain's national archives. "And I did find proof that she absolutely contributed to helping the Red Army prevail in Hungary, which was a critical, critical point to winning World War II. It's one of the proudest moments of my life finding this," said Zentelis.

Enid is passionate about sharing her grandmother's story but also raising awareness that so many women like her have been lost to history.

She also hopes that sharing her grandmother's story will change the stereotype of female spies using their sexuality, rather than like her grandmother - their bravery, guile and intelligence. "My grandmother like her brother, and like many other women, you will never hear about was willing to risk their lives to do what was right, to make this a better world," said Zentelis.

It's a story that's now being told thanks to an intriguing old letter, and a very determined granddaughter.