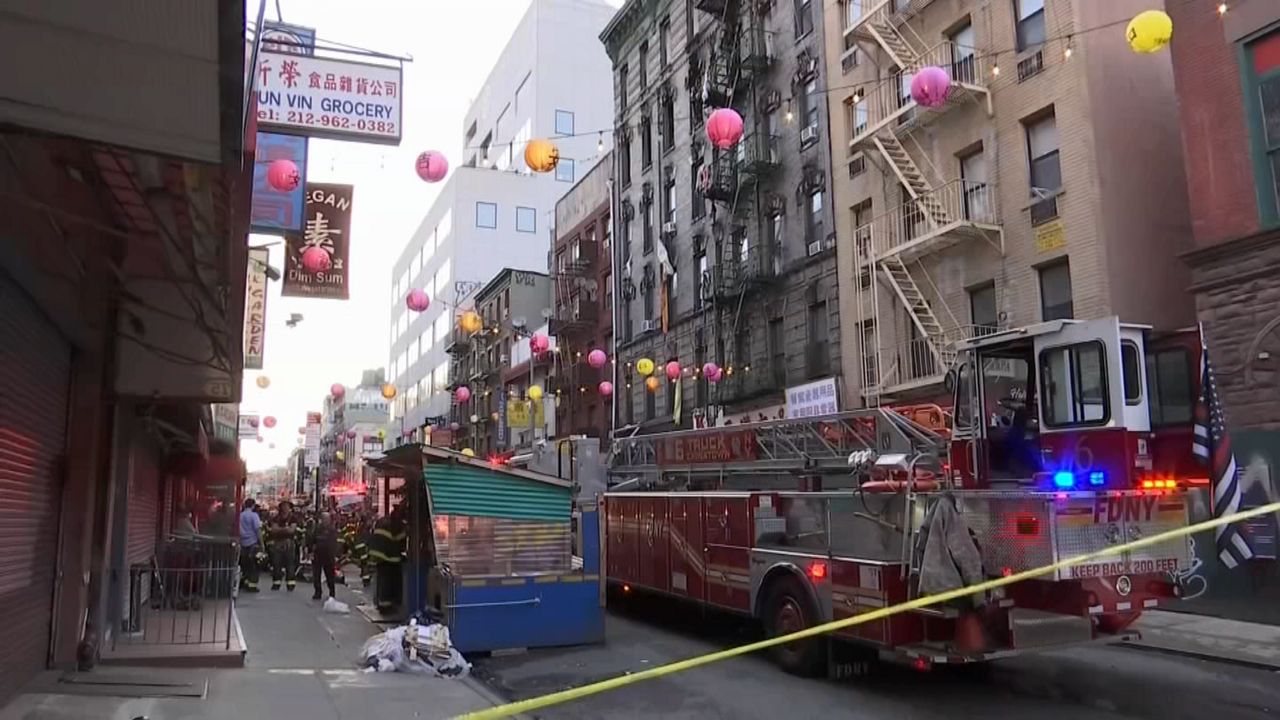 Repairs to a Mulberry Street apartment building damaged by an April fire will take months to complete, leaving tenants without their homes and high costs to find temporary shelter. (NY1 Photo)

Tenants of a Mulberry Street apartment building where an early morning fire in April killed two people and displaced 37 residents say they’re waiting too long to get back to their apartments.

“We’re now in October and the situation continues to prolong and be a lot worse than it needs to be,” Anela Chan, a resident who escaped the fire, said at a news conference Tuesday. “We’ve all been displaced since then, with just a total question mark of when we’re going to return to the building and when repairs will be made.”

Residents like Chan were able to briefly go back into apartments for their belongings, but not to resume living inside.

Lance Steinberg, a managing agent for Eighty Mulberry Realty Corp, told NY1 that they want tenants in as soon as possible.

The city’s Department of Buildings recently approved the work permits and work can start once they’re issued to contractors.

Steinberg expects units on lower floors to be done within 60 days and the entire building, including the upper floors that were damaged the most by the fire, by February.

A timeline that is enforced by a housing court judge, but not soon enough for Councilmember Christopher Marte, who represents lower Manhattan.

The buildings department and the landlord, he said, “have to expedite the process and make sure that this building is safe for tenants to return back to their home.”

Chan said she wants to move back into her apartment on the fifth floor, where the fire started.

She’s spent hundreds of hours looking for temporary housing and has had to spend about $5,000 for rent and utilities in a sublet, an AirBnB rental, and new supplies.

“Our insurance company actually declared that four months was too long, it was an unreasonable amount of time to repair a building, so we’re currently having to pay all of the additional expenses ourselves,” Chan said.

The city said it will continue monitoring the owner’s progress as they work to restore the building, expediting any needed reviews or inspections.