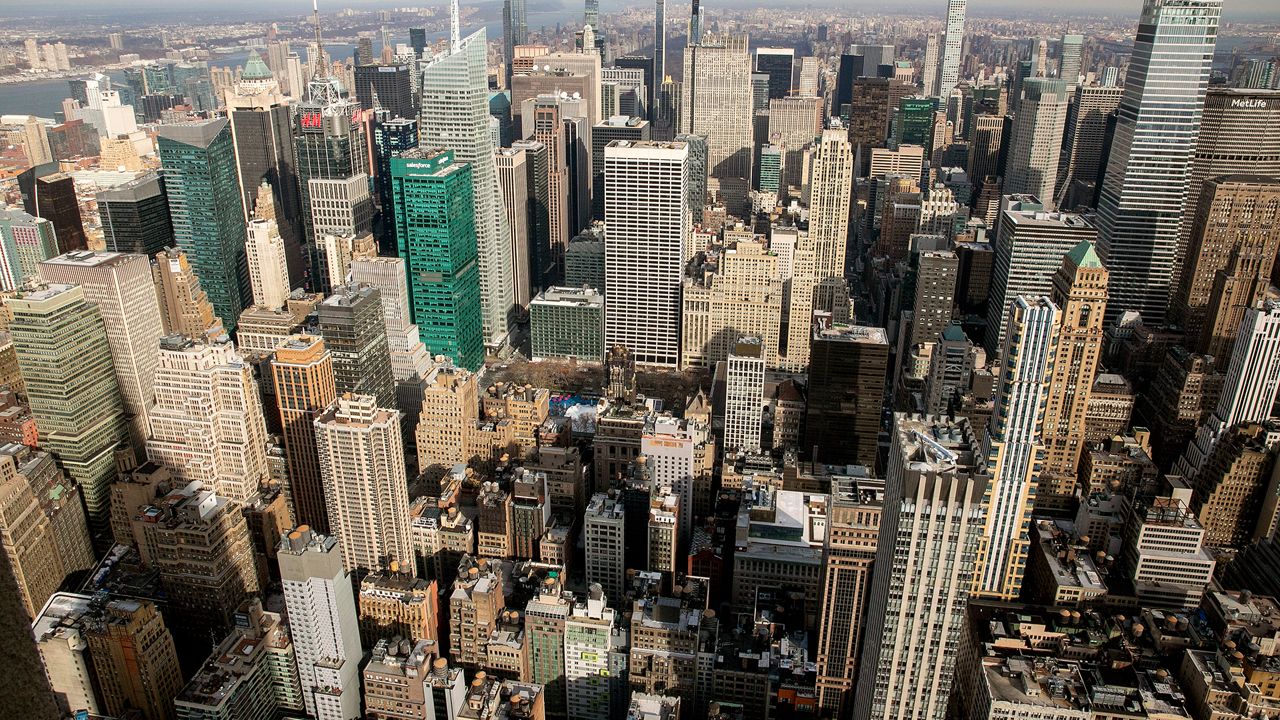 At the root of NYC's housing crisis, a decades-long problem of supply not meeting demand

Housing court in the Bronx is a crush of New Yorkers desperately fighting eviction and deplorable living conditions, and others fighting to collect the rent they need amid rising interest and other expenses.

"Con Edison, DEP, Wi-Fi, they all keep coming with bills, and we must keep paying them no matter what," said landlord Pedro Sena.

The tension in these halls feels a world away from the higher-end living that has helped make for skyrocketing rents around the city.

In an interconnected New York, market forces and policy, profit and politics all play a role in creating this crisis of affordability, at the root of which is supply not meeting demand.

"In 2010, the Department of City Planning estimated that by 2030, we were going to reach a population of 8.8 million people," said Basha Gerhards, senior vice president of planning at the Real Estate Board of New York, or REBNY.  "It's 2022. We have hit that benchmark 10 years earlier. However, when you look at housing production, we are a least 10 years behind."

About 560,000 apartments must be built by 2030 to accommodate population growth, according to a Real Estate Board of New York report.

When it comes to just affordable housing, though 29,408 such units were in the pipeline in fiscal year 2021, just 16,042 were begun in the last fiscal year, the Mayor’s Management Report revealed.

And what’s affordable is relative. In Manhattan, the average rent was $4,094 in August 2021, but it rose to $5,246 by this past August, according to a Douglas Elliman report.

"One of the predictions during COVID was that actually, the city would die, that people would not want to be here anymore," said Matthew Murphy, executive director of the NYU Furman Center. "And we've seen the opposite. We've actually seen people return, and then we also saw rents really extraordinarily spike as a result of that return."

In a city where homeownership, or even market-rate housing, is out of reach for so many, protecting tenants, especially those one paycheck away from homelessness, is a priority.

"We're not building enough housing to meet the needs of people who want to live here, and the people who that harms the most are people who are living in unprotected housing, who are low income and can't afford the rent increases," said Cea Weaver, campaign coordinator for Housing Justice for All.

So will this be New York's moment of housing reckoning? After all, according to the New York City Housing and Vacancy Survey, the vacancy rate for apartments renting for between $801 and $1,499 is just 0.9%.

"That's functionally zero, so what are you going to be able to find?" Murphy said. "It's somewhat our default, but it's getting exacerbated, it's getting a little worse. The challenges are getting greater, and they require much larger-scale solutions."