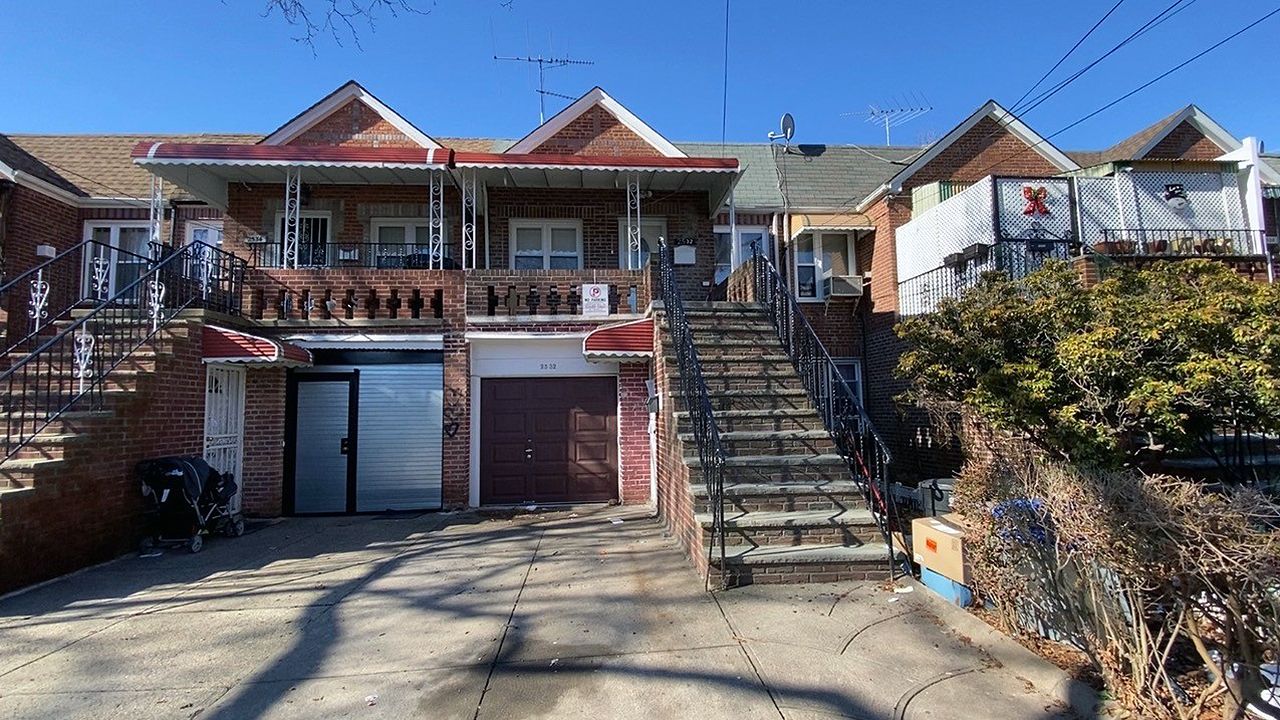 Tenants and landlords in limbo after eviction moratorium is lifted

Anthony Ricciardelli and his girlfriend, Lindy Dehoog, feel as if they're stuck in limbo in their Ridgewood, Queens apartment.

“It feels like being a guest in someone's home who doesn't want you there,” Ricciardelli said.

They fell behind on their rent before the COVID-19 pandemic hit the city. Then, they lost their restaurant jobs.

“Because of the protections in place to prevent the pandemic,” Ricciardelli said.

After missing three month's rent payments, their landlord filed one of the last eviction cases in Queens County Housing Court, the day before the eviction moratorium went into place on March 20, 2020. The protection was put into place by then-Gov. Andrew Cuomo in order to prevent tenants from being uprooted during the height of the pandemic.

“It's been a particularly disturbing time,” Ricciardelli said.

Ricciardelli and Dehoog are still out of work. Without first month's rent and a security deposit for a new apartment, they can't move out. They're not paying rent, but don't look at it as living rent-free because the debt is mounting, and with it, pressure. They estimate they owe their landlord $60,000.

"We're kind of like in a prison cell in a way,” Ricciardelli said. "It's just a really bad situation.”

If not for the eviction moratorium, their case may have already gone to trial.

According to a data tracker from the Right to Counsel Coalition, their case is among 205,000 active residential eviction cases in the city. Data shows there were just 206 eviction judgements last month. Based on that rate, the backlog wouldn't be cleared until the next century — the year 2304. A spokesperson for the office of court administration disputes those numbers, saying many of the cases have been resolved or stayed by the state’s Emergency Rental Assistance Program.

Attorney Renee Digrugilliers says the clearing rate is starting to pick up, slowly.

"I think the court is trying very hard to get as many cases on the calendar as they can. The problem we have now is there are not many in-person cases,” said Digrugilliers.

Ricciardelli and Dehoog filed for relief through that federally funded state emergency rental assistance program, or E-RAP, but say their landlord was unresponsive.

The landlord and her lawyer also didn't respond to NY1 when we tried reaching them for comment.

The E-RAP program requires landlords and tenants to apply together for up to a year of back rent. But without the owner's cooperation, Ricciardelli and Dehoog likely will not have their debt cleared. Plus, the program ran out of money.

“We've done everything,” Dehoog said. “All they need is a response from our landlord and there's been nothing from them.”

The program application, though, does put evictions on hold, a temporary safety net this couple expects to fall through soon, leaving them with tens of thousands of dollars in debt and without the means to pay for a new apartment — and potentially leaving them homeless.

"We're just in a state of fear, really, because we don't know what the next step is,” Ricciardelli said.

How some landlords have been impacted

The eviction moratorium has been largely celebrated by housing advocates for keeping New Yorkers from becoming homeless. But it has put a strain on small landlords across the city, some who have gone nearly two years without any rental income. And while the moratorium has been lifted — many are still waiting for their day in court.

“They're playing with the system. They try to stay in a place as long as they can,” said Joan Zhu, a small property owner in Brooklyn.

Zhu said she hasn't received any rental income from her Sheepshead Bay apartment unit in nearly two years. She said once the eviction moratorium went into effect in March 2020, her tenant paid April’s rent and hasn’t paid a dime since.

“He asked me to put the mortgage into forbearance, not paying my property tax bill. He said, 'It's pandemic. There's nothing you can do about it. I just stay here,'” said Zhu.

Zhu said she pays $3,128 a month for mortgage, property taxes and water at the two-family home. Her tenant's $2,500-a-month rent payment would have covered the majority of that.

The eviction moratorium at first prevented landlords from filing any new eviction cases and paused pending evictions to prevent people from having to move and potentially be exposed to COVID-19. It also gave landlords protection from foreclosure on their mortgages. But that too expired, with the moratorium last month.

Zhu’s case is one of tens of thousands of pending eviction cases in the city. Hers did go before a Brooklyn judge in November. According to court documents, her tenant told the judge he had an active E-RAP, application, and that put the case on pause. But according to Zhu’s attorney, the tenant’s E-RAP application was denied in October, a claim NY1 was unable to confirm. In a sworn affidavit, Zhu states her tenant owns a $1.5 million home two blocks away and highlights a 2017 income tax return showing more than $270,000 in income.

"I'm working so hard to keep them in my place. How would that be fair?” Zhu said.

We were unable to reach Zhu’s tenant at her rental apartment, and by personal and business phones. It’s not clear if he has retained an attorney for his eviction case. Her case is scheduled to go before a judge next week. Currently, her tenant owes her $55,000, and she's paid out $8,000 in attorney's fees.