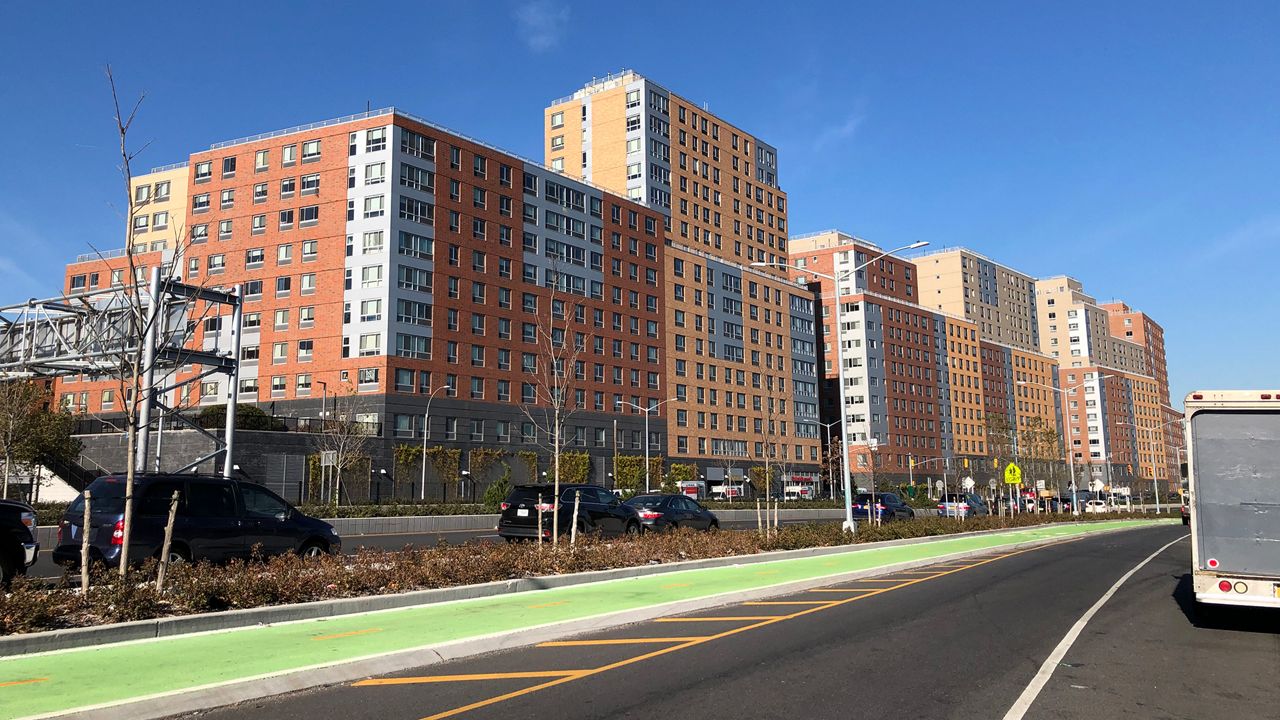 NEW YORK - The coronavirus relief bill in Congress includes $25 billion in emergency rent relief and an extension of a nationwide moratorium on certain evictions.

But here in the city, some tenants, their advocates and landlords say it's a stopgap and that when President-elect Joe Biden takes office, he will need to win approval for more aid and a more comprehensive eviction ban to avert a housing crisis.

“I’m in first grade," Leila said. "That’s why it’s so hard to do everything.”

“It’s becoming overwhelming as the time goes by,” said Rachel.

She was laid off in March and knows how her daughter feels.

“It’s really really hard looking for food banks and stuff," she said. "I worry about getting evicted every day."

Garcia hasn’t been able to pay her rent since the pandemic unemployment benefits ran out.

“They don’t say that I’m not gonna be evicted," she said about the management company, "They’ll be more like when the time comes we’ll send the paperwork to court.”

“It’s rare for people to get evicted purely for not paying rent at least in the affordable housing world,” said Kirk Goodrich, the President of Monadnock Development, which owns the development Garcia lives in. That development is located off the Sheridan Parkway in the Bronx.

Goodrich said he's not aware of anyone in his entire portfolio who is being evicted just for not paying rent. He said they generally have to be bad actors or have issues caring for themselves.

"We’ve tried to make the best of a really difficult situation," Goodrich said.

The company is one of the city's major affordable housing developers, having built 10,000 units in the last 10 years in the Bronx, Brooklyn, Queens and Manhattan.

Goodrich said 20 to 30 percent of the tenants aren’t paying full or any rent since special pandemic unemployment benefits ran out months ago.

“Our ability to pay our mortgage on time is compromised,” he said.

In a couple of cases, the company has asked its lenders for forbearance, but mostly it's digging into its savings to pay mortgages and maintain buildings.

Not every building owner has such deep pockets, though, and many small landlords are barely holding on.

Goodrich said he's worried about his tenants because families are suffering and need financial support as soon as possible. That's why he says the new federal COVID-19 relief bill negotiated in Washington, which reinstates pandemic unemployment benefits and provides one-time payments to people, will help.

“It’s good. It’s not great, and it’s not good enough,” said Judith Goldiner, the attorney-in-charge of the civil law reform unit of The Legal Aid Society.

“In June, the House passed a bill that would have given $100 billion nationwide, and this is six months later, when things are so much worse, and it's one quarter of what we needed in June," she said.

Tenant advocates and landlord representatives say that won't come close to covering the billions of dollars in back rent owed by tenants, a shortfall they hope President-elect Joe Biden will tackle with when he takes office.

New York State will get $1.3 billion of that $25 billion, but it's unclear how it will be distributed.

Goldiner said because it's not enough to cover all renters in arrears, it may be a good idea to have landlords apply for the money and receive their portion, under an agreement to not evict any of their tenants.

"I would be supportive of direct payments to households," Goodrich said, "so they can not only deal with their rent obligations, but also take care of food and other necessities they need."

She’ll take the help however it comes.