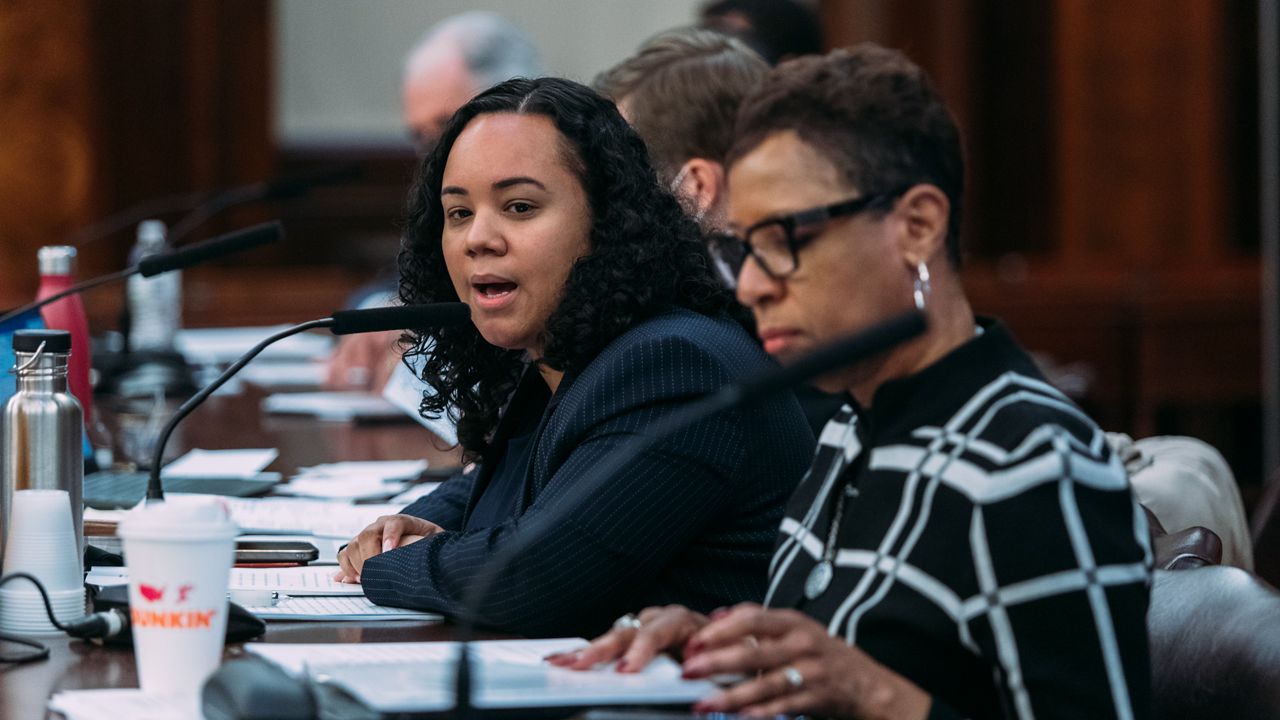 A marathon City Council hearing Monday heard hours of testimony on a controversial plan that could allow hundreds of thousands of municipal retirees to pay to keep their current health insurance plan, rather than switching to a private provider as planned.

It’s a budget battle that goes back years. Both options would save the city money, but thousands of retirees oppose them both — saying they’ll be left with bigger costs and fewer options.

Evelyn Jones Rich spent nearly 30 years educating thousands of students — first as a teacher in a Queens middle school before then working her way up to be a principal — and retired as a dean at Hunter College in 1992.

“I didn’t go to work for the New York City Board of Education because I wanted to be a wealthy woman,” said Jones Rich.


But the assurance of a free, robust healthcare plan into her retirement years was a comfort — something that is now in danger.

Currently, Jones Rich has a traditional Medicare plan known as Senior Care. The city supplements those benefits, making it free.

But the Joint Health Insurance Premium Stabilization Fund, which pays for the plan, is running out of money.

Back in 2018, a collective bargaining agreement between the de Blasio administration and the Municipal Labor Committee — which represents more than 100 city unions — agreed to cut costs. The plan is to switch retirees to a privately run Medicare Advantage plan subsidized by the federal government and is estimated to save the city $600 million dollars annually.

“The result is that over time as healthcare costs have grown, these costs have grown and are becoming sort of a significant part of the city’s annual spending,” said Ana Champeny, vice president for research with the Citizens Budget Commission.

But opponents say Medicare Advantage will leave them with fewer in-network options.

Under one proposal, retirees could keep their current Senior Care plan at a cost of nearly $200 a month.

“For many of us on small pensions, we can’t afford to pay up,” said Marianne Pizzitola, the president of the New York City Organization of Public Service Retirees.

The New York City Organization of Public Service Retirees sued the city to stop the plan.

Last year, a state judge ruled in their favor saying the city charter prevents charging retirees for their insurance.

On Monday, Pizzitola and hundreds of retirees signed up to testify at a City Council hearing to consider changing the city charter so retirees could pay to keep their insurance

“I would have never thought I would have to fight — to retain something I already earned and paid for,” said Pizzitola.

If the City Council doesn’t change the charter, it’s likely the city will eliminate Senior Care all together.

“I am saying to you very nicely that we will go to the barricades to protect what was promised to us and what we earned,” said Jones Rich.

A City Hall spokesperson responded to the criticism by saying Medicare Advantage would allow the city to continue to provide high-quality free coverage for retirees.

That’s despite a federal report finding Medicare Advantage can result in denials and delays for medical services.