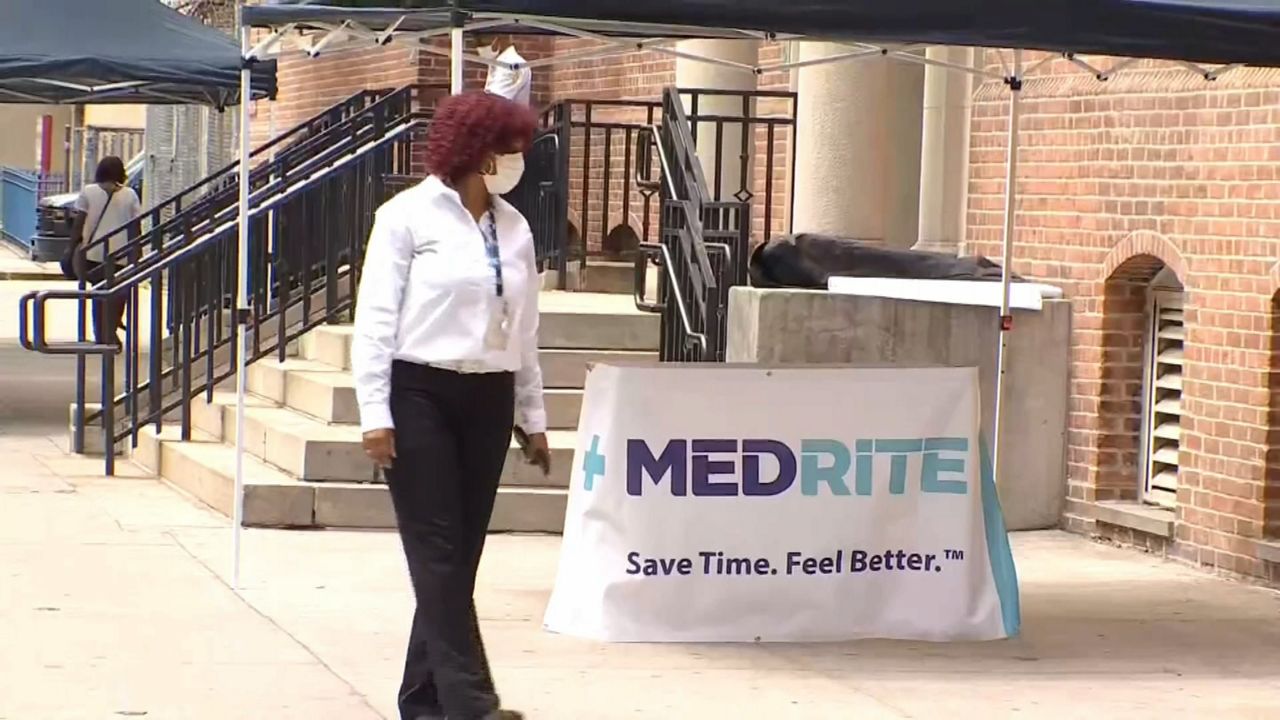 Some express concern over rollout of monkeypox vaccine

Difficulty in finding appointments for monkeypox has some people concerned about the city health department’s preparedness for future, more serious, outbreaks.

“It’s like, we’re just getting out of the pandemic and now all of a sudden we have to worry about a new virus,” said David Boozie.

Boozie was exposed to the virus from a dance partner during a night dancing.

He’s among many gay men who say they’re frustrated with the lack of messaging and outreach from the health department since the first case of monkeypox appeared in New York in late-May.

Boozie ultimately got his first dose of the vaccine.

“One of my fears is, ‘Hey, what if this is a super deadly virus and this is the response that we would see from the government,’” Boozie said.

Monkeypox cases continue to rise across the city. As of July 8, there were 160 presumed cases.

A large number of positive cases are found within the gay, bisexual and trans community, although anyone can get and spread the disease.

The vaccine is made by the small Danish company, Bavarian Nordic.

Its bulk facility could help increase production, but it is closed until third quarter 2022, limiting the number of doses that can come to New York.

“I think the rollout has been less than ideal," said Michael Perles.

Perles also got his shot.

In the next 12 months, 4 million doses are planned to be imported into the country.

But according to estimates from the state Department of Health, there are roughly 420,000 people alone in New York State who identify as transgender or a gay or bisexual male, and anyone can get and spread monkeypox.

“I think the rollout has been less than ideal, which is unfortunate, because we’ve had the past two years to prepare for this short-notice vaccine rollout," Perles said.

The health department began administering 6,000 doses of the vaccine on Thursday.

Approximately 2,500 of the appointments that went online last week were gone in 10 minutes, with glitches impacting hundreds of others.

Dewitt said, as more doses become available, more vaccine clinics around the city should be available for vulnerable communities.

“The poorer neighborhoods, or the neighborhoods where people don’t have as many resources, the disease can often get wrapped in those places and getting vaccines especially to those pockets will be especially important,” Dewitt said.

Right now, 75% of the cases are Manhattan residents.

“We always want things to go faster. People are nervous, people are anxious but I think considering, it’s been a pretty quick response,” Dewitt said.

In the first public health outbreak since COVID some like Boozie wonder about the city’s capacity to deal with future, more severe, outbreaks.

“Stuff just moves so slowly and there's more and more cases that are going to pop up,” Boozie said.