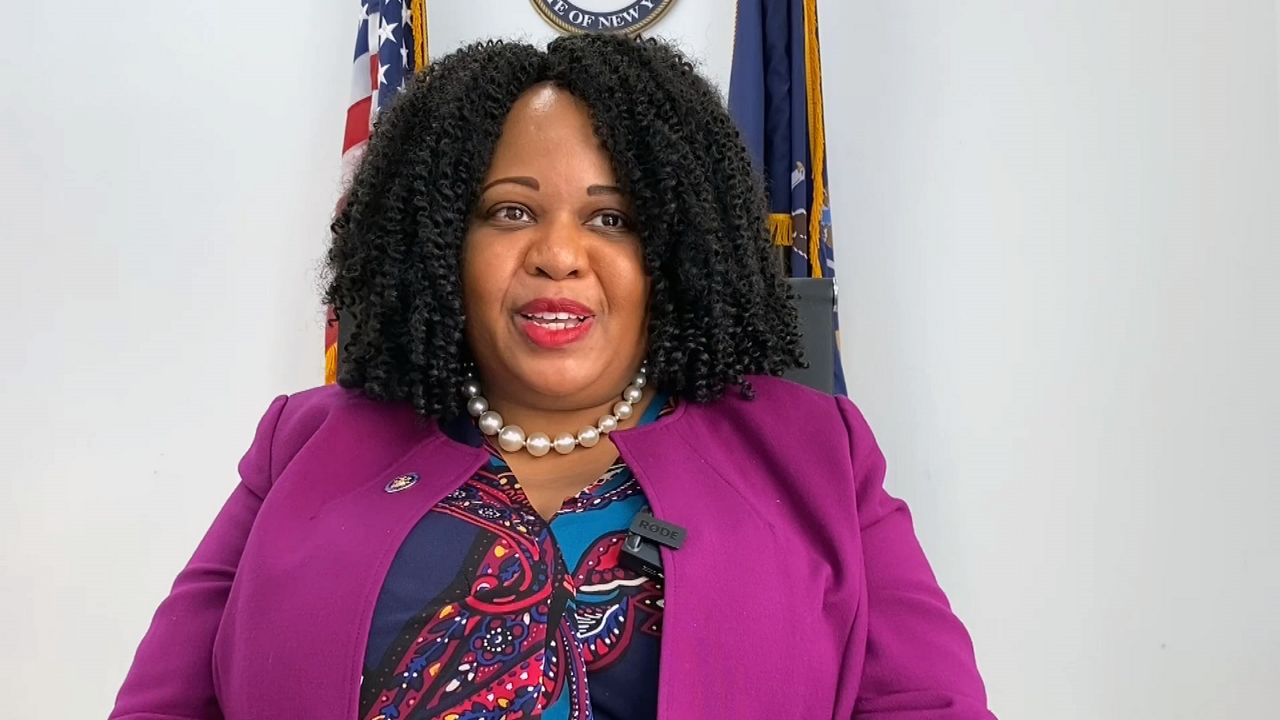 These days, Assemblymember Mathylde Frontus is back in her Coney Island office focusing on her work representing District 46, learning to take it a little easier after a surgery to remove uterine fibroids.

“The first few weeks were tough. They were tough,” Frontus said. “When I came out of surgery, I remember vividly it felt like a dream.”

She decided to undergo the procedure 10 years after first learning that four non-cancerous tumors were growing in her uterus.

“They started hurting. Over the past 10 years, my (abdomen) would slowly but surely begin to protrude," Frontus said. "And it would look like I’m pregnant.”

After two separate doctors advised she have them removed, she went under the knife in January at New York-Presbyterian Brooklyn Methodist Hospital and shared the experience on Facebook. She said the reaction blew her away.

“One thing that that did is open up a floodgate of women who started reaching out to me privately both on Facebook and Twitter, telling me about their personal stories,” Frontus said. “I’ve heard people having 26.”

She said the response spoke to a need for more awareness about what fibroids are and how they affect women’s health and fertility. Doctors said the most common symptom is heavy menstrual bleeding.

“Because fibroids, which are benign tumors made up of smooth muscle cells, they grow so big or they can get so big, the other symptom is pelvic pressure, so they may experience urinary frequency. They may experience constipation, the sense that they’re bloated,” said Dr. Michael Lewis, the hospital’s director of minimally invasive gynecologic surgery.

Lewis said 70 percent of women develop fibroids, but Black women are at a higher risk, though researchers aren’t sure why.

“(It’s) two to three times higher in Black women than white women. Also, Black women, it affects them at a younger age. (They’re) more likely to be anemic but we still don’t have enough data.” Lewis said.

Frontus said that’s all the more reason for women to pay attention to their bodies and seek care when something doesn’t feel right. She said she’s planning to organize a series of workshops on women’s health to educate the community, and to follow her own lead.

“Really staying in tune with my body and if I notice anything different that’s going on,” Frontus said.