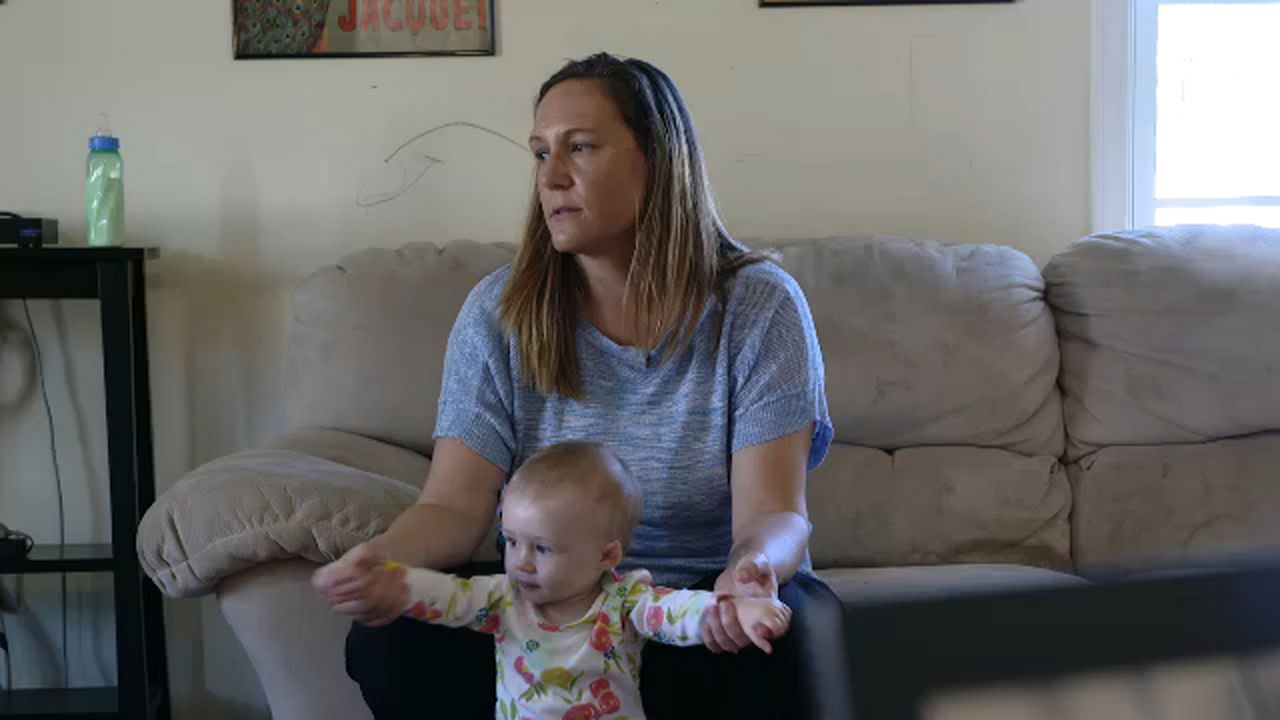 It's estimated that at least one in nine women experience postpartum depression- medication available for these new moms takes weeks to take effect. There’s now a new drug being considered – the first ever specifically for postpartum depression – that may work faster and more effectively. Health reporter Erin Billups brings us the details....

It was six weeks after Sarah Sydney delivered her son Thomas that she experienced symptoms of postpartum depression.

"My husband would leave in the morning and I'd be weeping and he'd get home at 6 p.m. and I'd still be weeping, and he'd say, 'Were you like this all day?" And I would say no, but the answer was yes," said Sydney.

Her symptoms improved about a year later, but she didn't get treatment until after the birth of her second child, when feelings of rage emerged.

"The way I look at it is, my brain chemistry is just a little bit off and needs a little adjustment. And if medication can help me get there, then I'm going to do that," she said.

Antidepressants is the standard treatment for postpartum depression, along with psychotherapy. While prescription drugs work for some, it can take four to six weeks for the medication to kick in.

"When someone comes in and the family is in crisis, saying this will start to get better, you know, six weeks from now seems like an eternity," said Dr. Samantha Meltzer-Brody, perinatal psychiatry program director at UNC's School of Medicine Center for Women's Mood Disorders.

Meltzer-Brody has been working on what may be a better option, a new drug called brexanolone, from Sage therapeutics. It's a synthetic version of a steroid called allopregnanolone, which is found at high levels during pregnancy but drops rapidly after delivery, which can have an impact on moods.

Brexanolone is given to women through an IV infusion for 60 hours. The drug helps the brain gradually adjust to the drastic hormonal changes.

"It is a rapid onset of action," said Meltzer-Brody, "The treatment response lasting through the 30 days of follow-up. So this is completely unlike anything we've had before and has been very exciting."

Published in the journal the Lancet, about 75 percent of the 209 participants had at least a 50 percent reduction of their depression symptoms by the end of the therapy.

Sydney was not in the trial, but she hopes the new drug will be the game changer many women have needed.

"If we can get medications," she said, "that deal specifically with these physiological issues that are going on with women, and therefore, you know, even better attack this horrible disease of postpartum depression, I'm all for it."

The FDA has awarded priority review to Brexanolone. Next steps for the drug are expected to be announced in December.