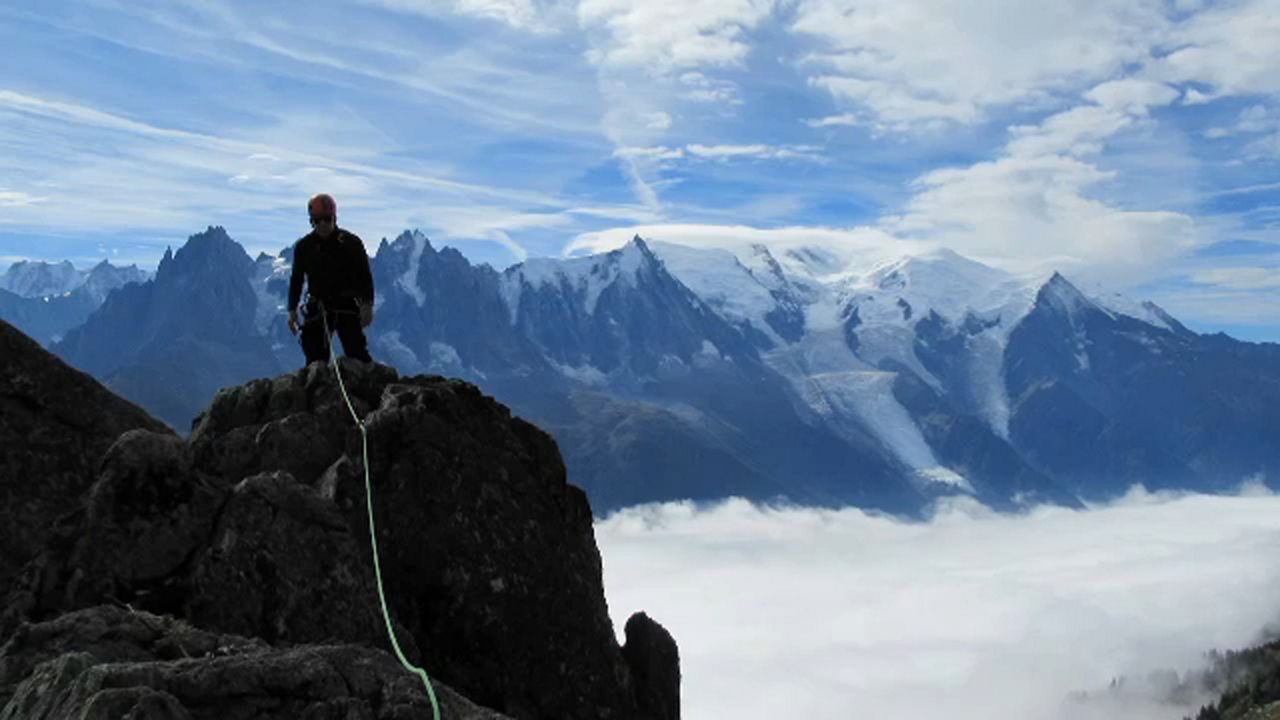 A Failed Everest Climb Offers a Lesson in Healthy Aging

The U.S. Census bureau says one in five Americans will be retirement age by 2030. Older people will outnumber children for the first time in U.S. history. As we're living longer, it's important to stay active. Health reporter Erin Billups shares the story of one doctor's journey that carries a lesson for us all.

For pulmonologist Ronald Crystal, the chairman of genetics at Weill Cornell Medicine, life is all about setting goals.

"When I turned about 35, I decided I wanted to live forever, and I decided one of the best ways to do that was exercise. And I started running, I became passionate about it, so I ran marathons all over the world," he said.

When Crystal realized he likely wouldn't surpass his previous marathon running times, he took on a new challenge.

Crystal began mountain climbing when he was 60. He is 77 now and has been all over the world, even scaling frozen waterfalls. This year, he set his sights really high with a plan to climb Mount Everest to 23,000 feet,  but as they started the move up out of base camp, at just under 18,000 feet, he had to stop.

"I just didn't feel well. And I just felt tired, and so we got back to the base camp and I checked my oxygen saturation and it had dropped," Crystal said. "I couldn't breathe very well when I was lying down."

It was a sign that fluid was leaking into the air sacs in his lungs. He had high altitude pulmonary edema.

"The treatment is get down, get to a lower altitude. There are other treatments. And it can be fatal, it can move very quickly," Crystal said.

Crystal's trip was a bust. An emergency team helicoptered him to safety.

Frustrating as it was not to reach his goal, he says it's important to keep challenging yourself, especially as you age.

"We get older and older, we begin to get bored with whatever we do. And having something different, 'I'm going to go to Mt. Everest, I'm going to Philadelphia,' it doesn't matter what it is, but that gives you a goal, something to work for and to learn about something new. And I think that's one very important aspect of wellness as you age," Crystal said.

It's all in the journey, he says.