LIVE UPDATESHow Coronavirus is Impacting New York
GET OUR NEW APPOur new Spectrum News app is the most convenient way to get the stories that matter to you. Download it here.
Vaccine FAQHow to Get the COVID-19 Vaccine in NYC
Watch live at 7 p.m.Public Advocate debate
Off Topic/On Politics PodcastWhere the NYC mayoral election stands
Crosstown PodcastWhat the future workplace means for New York City
You Decide PodcastSherrilyn Ifill: the fight for voting rights

A Sept. 19, 2019, file photo of a spotted lanternfly at a vineyard in Kutztown, Pa. AP Photo/Matt Rourke.

NEW YORK — A problematic insect that poses a big threat to crops and trees is becoming a major nuisance here in the city.

While they look pretty, the city parks department says if you notice the bug called the spotted lanternfly, you’re advised to squish it. 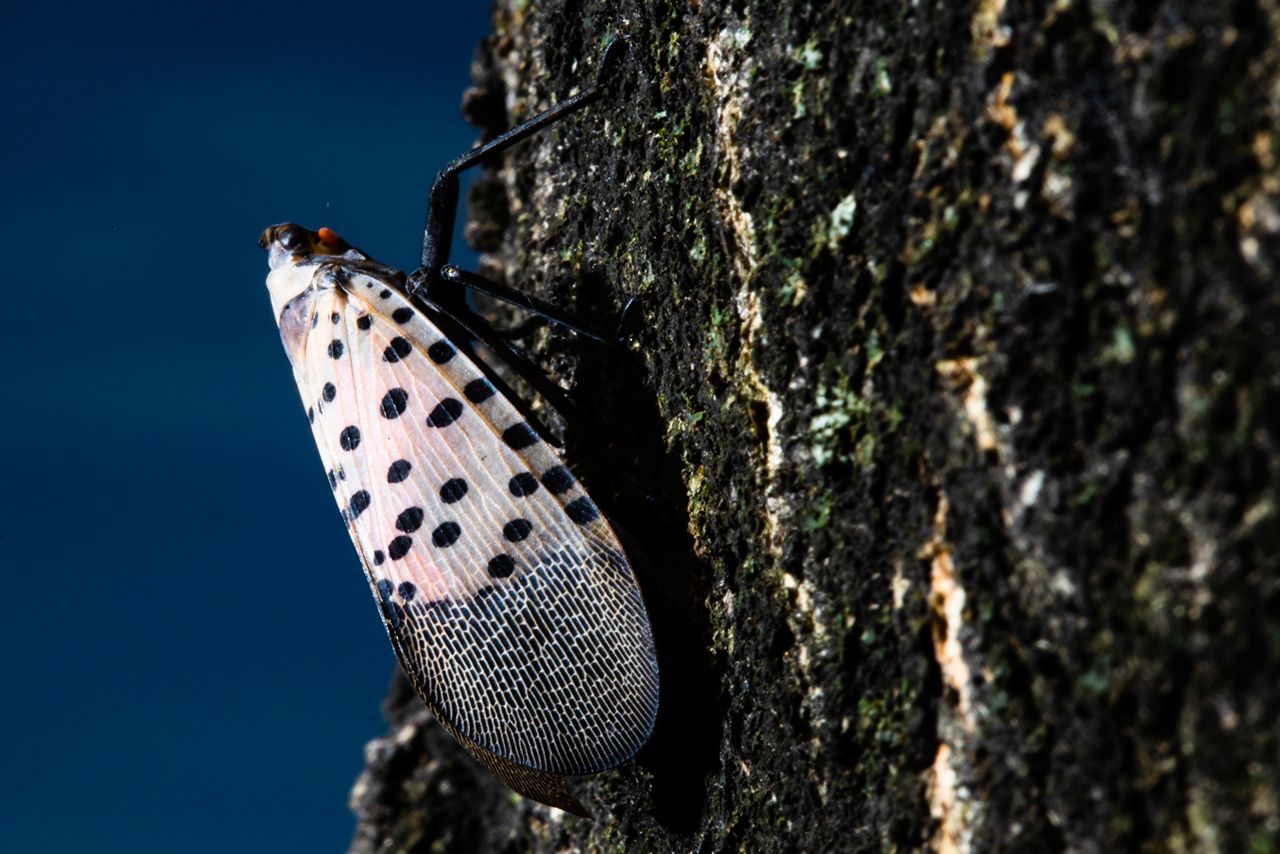 A Sept. 19, 2019, file photo of a spotted lanternfly at a vineyard in Kutztown, Pa. AP Photo/Matt Rourke.

“I hate killing bugs!” says Corinne Teklitz of Hudson Yards. “It’s not part of the karma I ever wanted for myself. But, at the end of the day, our plant life is so much more important than these bad little bugs!”

Teklitz says while walking her dogs about a month ago, she noticed for the first time what she considered a beautiful, flying insect. But instead of it being a rare sighting, Teklitz began to spot so many of them, it had her concerned.

“I was like, this is getting weird!” she said. “This bug that I’ve never seen before — and I’ve lived in this neighborhood seven years now — where is this coming from? What is this bug?”

The parks department says it is aware of the infestation of this bug, called the spotted lanternfly.

The insect, which has been described as an invasive pest, was first discovered in New York City in July 2020.

Parks officials say while the insect is not a killer of trees, if the infestation is bad, it can make a tree a lot weaker.

The parks department says the spotted lanternfly is mostly a threat to agricultural crops, including walnuts, grapes and apples.

On its Instagram account, the agency advises New Yorkers who spot one to squish it, in order to help stop the destructive spread of the species.

“Honestly, yesterday, I killed at least 20 just around the Vessel in the Hudson Yards area,” Teklitz said.

And while catching and killing them isn’t always easy, Teklitz believes she is simply doing her part to protect the environment.