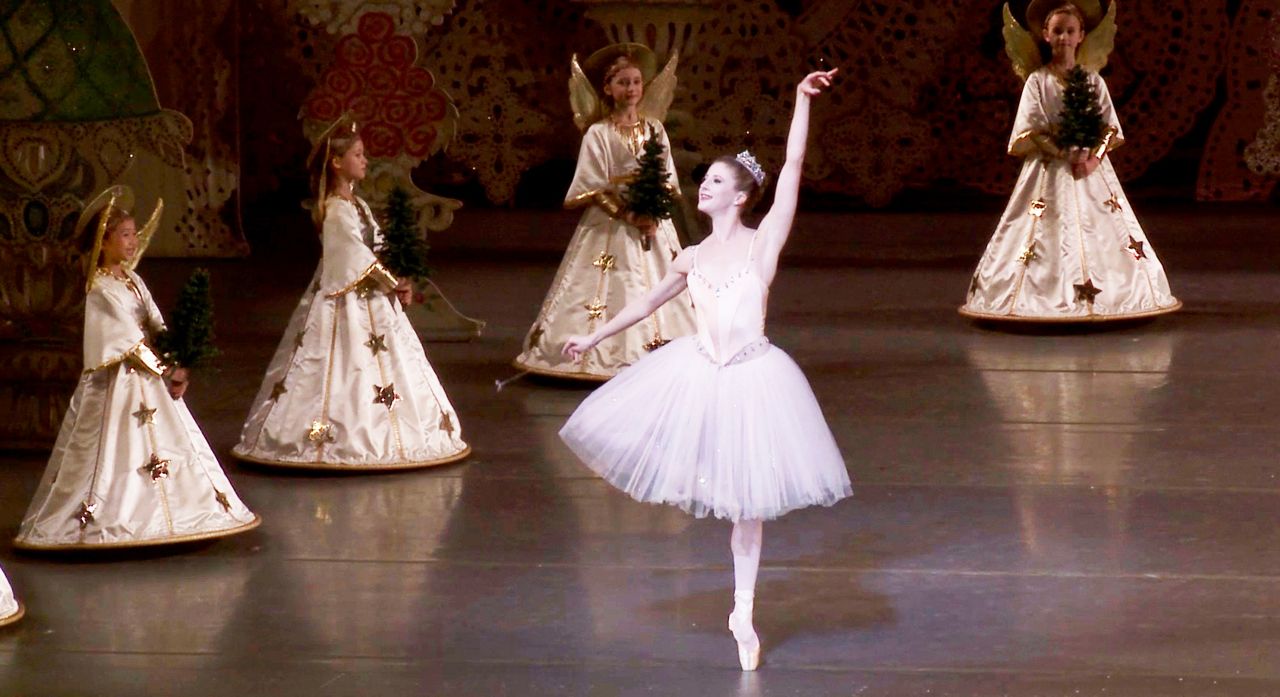 "The Nutcracker," a beloved holiday tradition, is returning to Lincoln Center.

The ballet is the first most people see as children, and it's the first ballet many young dancers perform in.

But this 13-year-old School of American Ballet student thought she’d missed her final shot dancing in the Christmas classic, "The Nutcracker."

The angels are always played by dancers 12 or younger. Last season was canceled, and Vida is now 13.  But with the COVID-19 rules in place when rehearsals started in September, only vaccinated dancers 12 and up were cast this year.

“I’m so excited to have this second opportunity because it’s something I love to do and it makes the holidays feel special,” said DeLeon at a rehearsal space in Lincoln Center.

NYC Ballet Principal Dancer Sterling Hyltin also wondered if and when she’d return to "The Nutcracker."

“The very first performance I had with the New York City ballet was 'The Nutcracker' and I danced the role of the Sugar Plum Fairy. And the last time I performed it was in 2019, and I was 13-weeks pregnant with my daughter,” said Hyltin.

Hyltin then went on maternity leave, but instead of being away from the stage for 6 to 9 months, because of the pandemic, it’s been nearly two years.  Her daughter Ingrid is now 18 months old. And Hyltin is back as the Sugar Plum Fairy.

“So there’s been a learning curve getting my body conditioned to be in shape to dance in 'The Nutcracker' again while having a toddler,” said Hyltin.

And to make it even more special, she's dancing alongside her School of American Ballet students, including DeLeon.

“The Sugar Plum Fairy is like, it’s like magical. I love watching it. And to be on stage with her this year as an angel is just so exciting,” said DeLeon, referring to her teacher, Hyltin.

And the feeling is mutual.

“It’s so magical to be around my students. And some of them have whispered ‘good luck’ quickly to me which is so cute because I’d think they would be too nervous to do something like,” said Hyltin.

George Balanchine’s "The Nutcracker," was first performed by the New York City Ballet in 1954 and quickly became a holiday tradition nationwide.

For everyone involved in the production it feels like they’re helping bring the holiday magic back to the city.

“We were just so happy to be back and it makes the holidays feel special again,” said DeLeon.

"The Nutcracker" runs through Jan. 2.