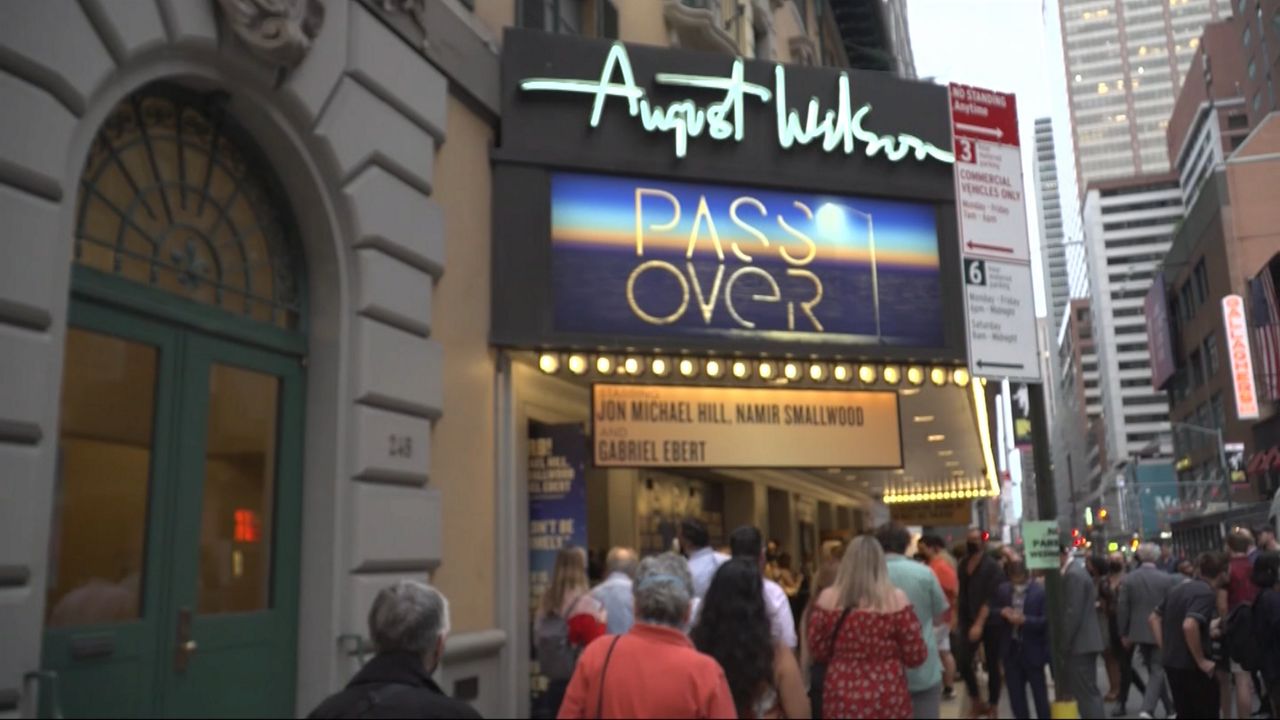 It was a night that many in the theater community have been awaiting for a long time — Broadway is back!

The energy in the August Wilson Theater was electric on Wednesday night, with multiple standing ovations before and after the first performance of "Pass Over."

The new play, written by Antoinette Chinonye Nwandu, is set in modern times and is inspired by the play "Waiting For Godot" and the Exodus story. This show marks Antoinette’s Broadway debut, and it’s quite fitting: Antoinette is the first Black playwright to have a show in the August Wilson Theatre since the theater’s renaming back in 2005. The late Wilson was, of course, one of the country’s most prolific Black playwrights.

Getting the show up and running safely in the age of COVID has been an enormous task. Lead producer Matt Ross says the company is taking every precaution it can.

"We have frequent testing and protocols," said Ross. "Everyone in this building is masked except when they are working on stage as an actor. I have been wearing a mask 10 hours a day through tech for the past week and my ears hurt, but I do it over and over again."

Following the first preview, theatergoers walked out of the August Wilson Theatre to a block party celebrating the return of Broadway. Antoinette also thanked the audience and her company from a balcony above the theater.

"I am so overwhelmed with gratitude and joy for this night, for this moment, but not just for me; for all of us," said the playwright.

I spoke to first night attendees who were beyond thrilled to be experiencing a show on Broadway more than a year later.

“It was absolutely incredible to see the energy. Everybody was just so happy. Like, the world loves theater and it needs theater, and this is such an important piece to come back to," said "Pass Over" producer Vasthy Mompoint. "And to see Black bodies in the audience? Amazing. And to hear their voices? This is how it should start."

“Tonight I did not expect to feel emotions. I was like, 'Ah, it's gonna' be fine.' But the energy was incredible!" said an attendee.

“Oh my gosh - the show? Multiple standing ovations," added another audience member. "We got out, there's a block party happening. Broadway's back!"

"Pass Over" is now in previews at the August Wilson Theatre. Opening night is set for Sept. 12.