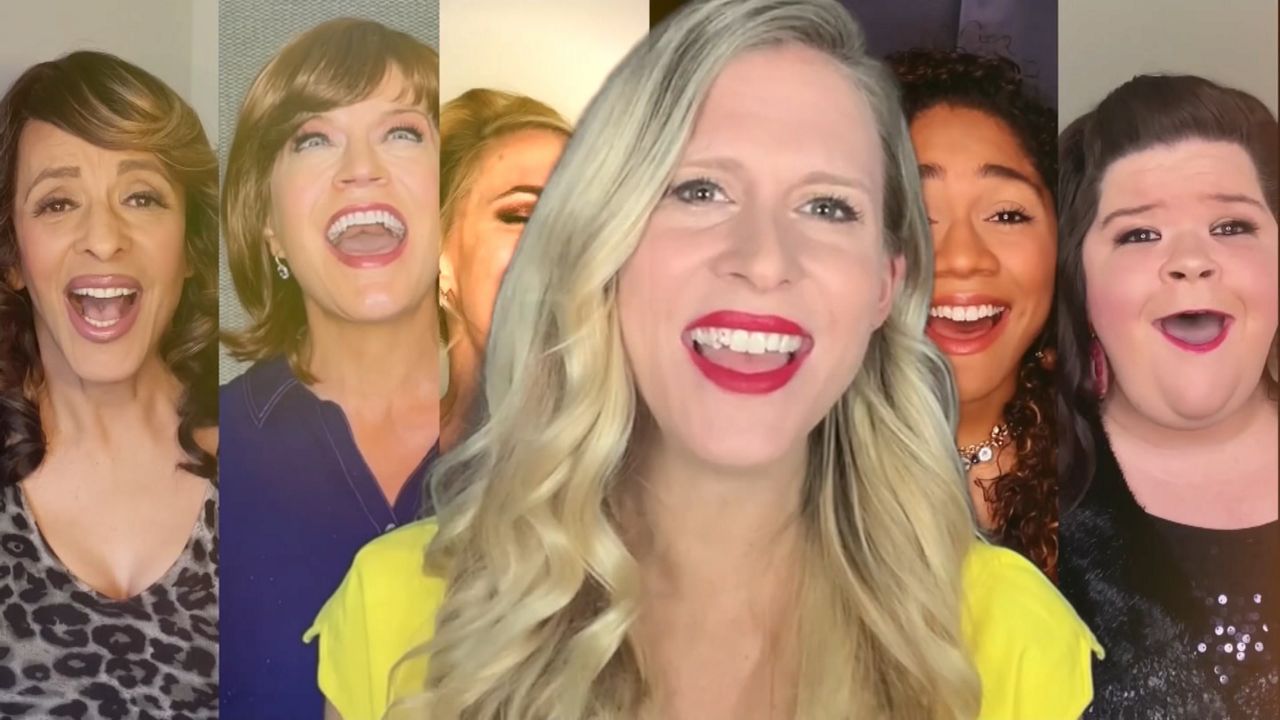 Lights up on "Electric Island." This new virtual musical, which is set to debut later this month, centers around the female experience on and off stage. The show was conceived and written by long time Broadway performer Rachelle Rak.

The musical "Electric Island" is about the women of Broadway. The women that are not above the title, they're not the stars. They are the women working and going from show to show and the struggle and the life and the things that they've sacrificed for show business, and also the triumphs that they have gained," said Rak.

Tony winner Cady Huffman, best known for creating Ulla in “The Producers," serves as the show’s director. She says the time is now to tell this female empowered story.

"We are coming together to write a new piece to celebrate women and the strength particularly of women who do eight shows a week, and don't necessarily get the big dollars for it. I think our culture pits women against each other and this is a chance to come together and know how much stronger we are, when we are for each other," said Huffman

“Electric Island” features a cast of Broadway veterans, including Angie Schworer who was last seen on stage in “The Prom."

"It's sort of life imitating art, you know, everyone's struggling or has struggled and come through things in their own way. So I feel like it's perfect. Not only because of Women's History Month, but because of this time," said Schworer.

And in the spirit of March being a month of celebrating, honoring and supporting women, proceeds from the show will benefit The Phyllis Newman Women’s Health Initiative, which is part of The Actors Fund.

"I’ve been looking and seeing the effect that Phyllis Newman had on the community at a time where the support didn’t exist for women going through cancer. It didn’t exist. So having this benefit be about women and giving to women that need help, that are coming out of serious illness that need therapy that need to talk that need help at home, whatever, you know, we can do to serve the community," said Rak.

“Electric Island” is set to stream on Broadwayworld.com on March 25. To donate, visit here. For more information email: electricislandmusical@gmail.com