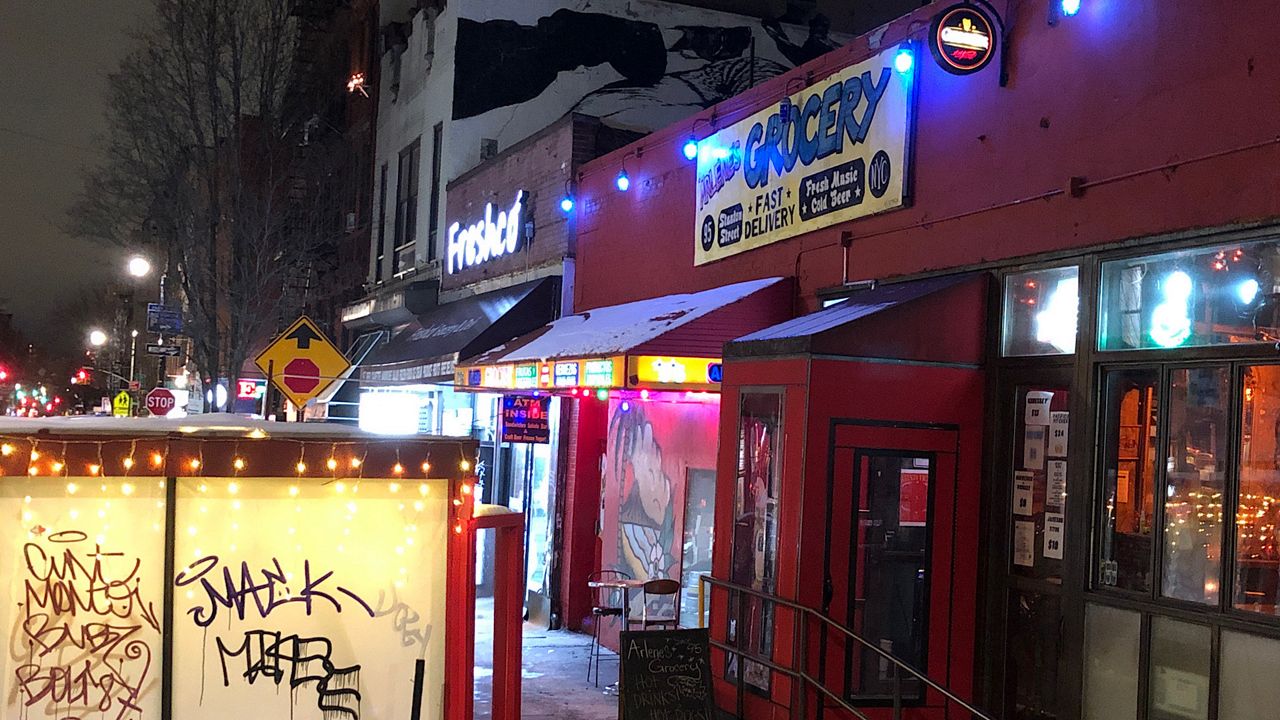 With No Return in Sight, Small Performance Venues Seek Help

MANHATTAN — We’re less than two weeks away from large stadiums and arenas across the state being able to welcome back fans at 10% capacity. While that’s an encouraging development for those venues, many smaller venues for indoor performances remain closed.

The owners of Arlene’s Grocery, a live concert hall on the Lower East Side caters to emerging artists, says if they don’t get financial assistance from the government in the near future, they might not be able to survive the pandemic.

“For us to survive,” said Tony Caffrey, the Co-Owner of Arlene’s Grocery, “we need to get another shot of money quickly, or we won’t be here.”

The Save Our Stages Act, which was passed by Congress in December, intends to do just that, but it could be months before small venues like Arlene's actually see any money, and the owners say they simply can't wait that long.

"The lag time is month by month is catching up,” Caffrey said. “We really need help now. We really need the funds to come through and not talk. Talk won’t keep us open. We need help."

After learning Thursday that a dear friend had died of COVID-19, Caffrey and co-owner Dermot Burke admitted to NY1 they are content to remain closed until it is truly safe for audiences to return.

And while they support the Governor's decision to allow large arenas to welcome fans, at 10% capacity later this month, they say financially, that wouldn't work for them, since 10% would be 17 people.

Caffrey and Burke say they took a big risk when they opened Arlene's in a former bodega back in 1995. It meant quitting construction jobs that they found unsatisfying, to pursue their passion for live music.

“It’s something I’ve always loved,” Caffrey said, “and to be part of this, is beyond our wildest dreams.”

“I had nothing but fun down here. I would like to continue it.” said Burke.

But now that dream of continued success is in serious jeopardy.

Before the pandemic shut them down nearly 11 months ago, they say business was strong, attracting crowds that embraced the concept of live music from emerging artists, any night of the week.

“Tons of musicians have got up there and played,” Burke said. “Some of them became famous and a lot of them just had fun.”

But due to the city’s ban on large indoor gatherings, there’s no need for a bartender and a full-sized stage barely gets used, aside from a few live streams that were expensive to produce.

The business partner also tell NY1 they've been very fortunate to strike a deal with their landlord, and they say a successful GoFundMe campaign has collected enough funds to allow them to survive another two months.