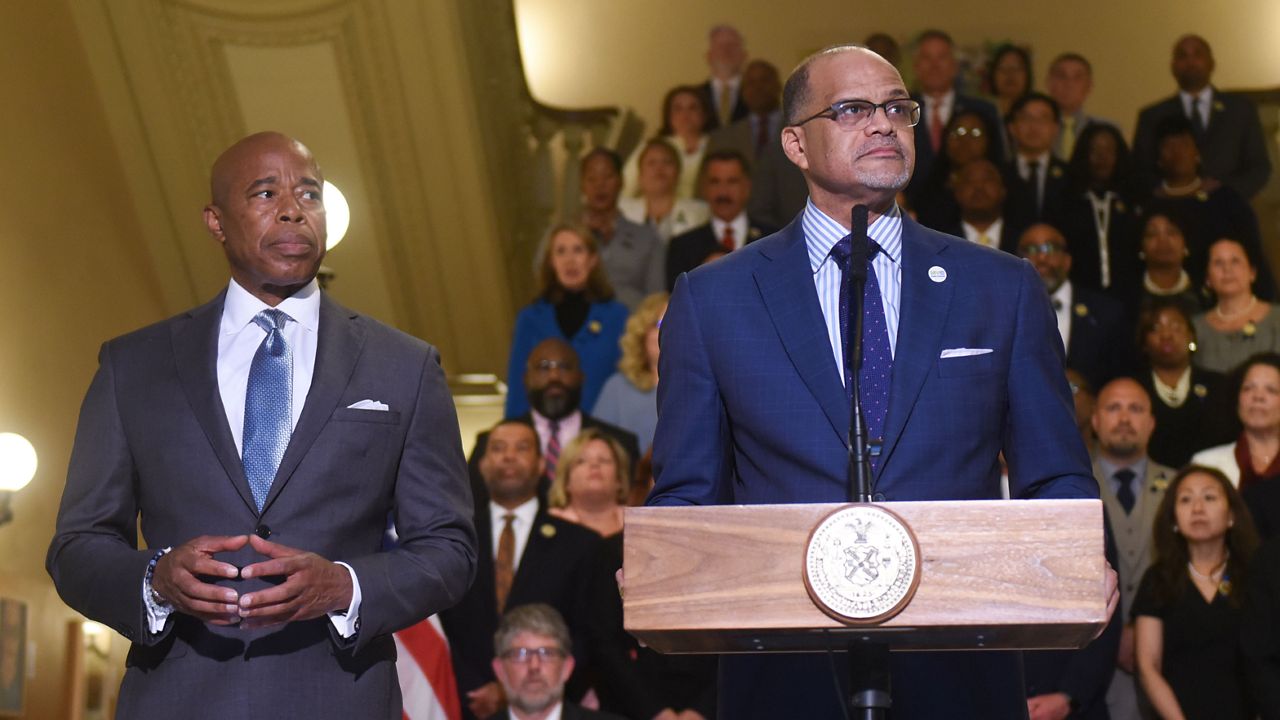 With the start of the school year coming this week, the City Council is hoping to put some pressure on Mayor Eric Adams to restore millions of dollars in funding they collectively slashed from this year’s budget.

Council members passed a resolution on Tuesday calling on Adams and the city’s Department of Education to restore $469 million in school funding.

The resolution also calls on DOE Chancellor David Banks to submit an updated school budget to the Panel for Educational Policy — the board with the authority to approve the budget. And they called for Banks and his office to provide a full accounting of unspent federal stimulus funds.

The fight over budget cuts was sparked in June when City Council members said they belatedly noticed they had also approved a significant reduction in funding to schools tied to lower enrollment in the city budget.

Lawmakers argue that the budget cuts will ultimately lead to fewer staff members, which will devastate essential programming.

“Without his intervention, we are going to see larger class sizes on Thursday, fewer music and art teachers, fewer dual language programs, essential cuts to our schools that we simply can’t afford,” said Councilmember Lincoln Restler.

Adams’ office, in response to the non-binding resolution, noted that the city already freed up millions in funding in early August to offset teacher salaries.

“After hearing from principals and other community leaders that they need additional time to adjust to the decline in enrollment, this administration announced a package of $150 million in additional support for schools,” said an Adam’s spokesperson in a statement on Tuesday. “Further, we have allocated all federal stimulus dollars to critical programs and needs. We look forward to opening our schools with the resources they need to ensure our students thrive.”

Separately, some lawmakers admitted that there has been a drop off in student enrollment over the last couple of years that will ultimately need to be considered in future budgets.

It’s unclear if there will be any restoration to the school budget in time for the school year.

Meanwhile, a lawsuit to bring back the funding is tied up in court with the next court date set for late September.