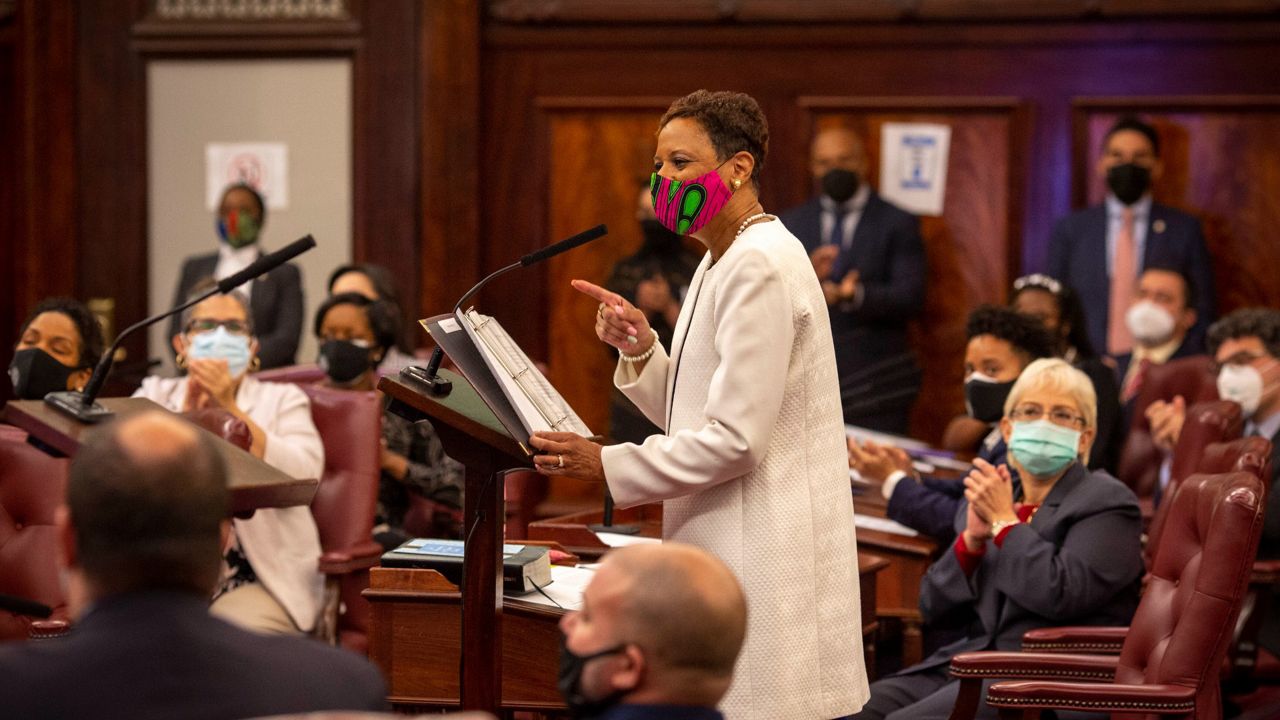 City Council rallying against budget cuts that they approved

“There’s never been a good time for this budget right now,” Brooklyn Councilmember Rita Joseph, who chairs the education committee, said at a rally last Friday.

Last week, councilmembers decried a $215 million cut in funding to schools due to lower enrollment, after two years of the city using federal stimulus funding to fully off-set the declines.

“The issue at hand is one related to a DOE decision on school budgets, not the overall city budget,” City Council Speaker Adrienne Adams said at the rally.

The cuts to school budgets were laid out within the city budget since February.

In the Program to Eliminate the Gap, also known as the PEG, a $375 million cut is listed under the heading “enrollment changes.” The budget also contains $160 million in federal stimulus money to off-set this cut — resulting in a total loss of $215 million in funding due to lower enrollment.

NY1 reported on the cuts Feb. 16, the day the mayor’s preliminary budget was released.

However. the issue barely came up during two council hearings on the budget before it was approved — when the Council had the power to negotiate changes.

When asked why the press conference wasn’t held while the council was still negotiating the budget, neither Adams nor Joseph stepped up to answer that question.

“We weren’t —  I personally, as for me on the budget negotiation team, to answer your question, wasn’t aware that it would produce this insanity of so many layoffs and so many excesses. We didn’t know that,” Manhattan Councilmember Gale Brewer responded. “That was the one issue that had not been really settled. And we were not happy. But the fact of the matter is, no facts from the Department of Education, there’s no transparency.”

At the beginning of the week, Schools Chancellor David Banks said specific questions about the cuts did not come up in his conversations with the Council about the budget.

In the end, the cuts will mean that schools which have lost enrollment will need to lose staff members, and sometimes, cut the programs those staffers ran.

Staffers won’t be fired — instead they’ll be “excessed,” meaning they’ll no longer be working at their particular school. In the past, sometimes excessed teachers went into a pool called the “Absent Teacher Reserve,” where they were paid while not having a permanent teaching assignment.

But at the hearing Friday, education department officials said they expect all excessed teachers will be hired by other schools that have vacancies.