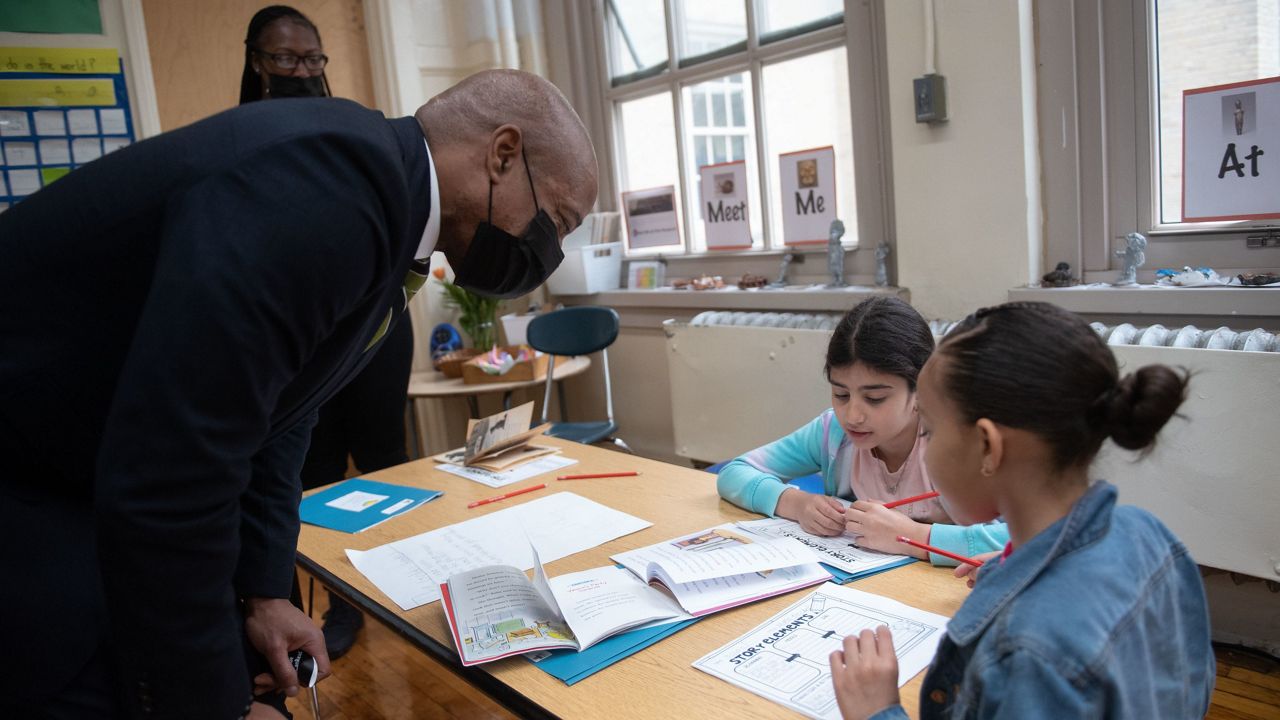 Albany expected to extend mayoral control of NYC schools through 2024

After asking for three years, and then four years, Mayor Eric Adams will get just a two-year extension of mayoral control of city schools.

The deal was struck by lawmakers over the weekend, and the new bill is expected to pass this week before this year’s legislative session concludes on Thursday.

But the mayor was not happy with the compromise.

"While we believe all parties are operating in good faith, we also believe the legislation as currently written is not the best we can do for New York City students, and we look forward to addressing these concerns in the coming days," Adams said in a statement.

“Yeah, there has been an intensive and protracted negotiation on the part of multiple parties to try and figure out school governance in New York City going forward,” said Democratic state Senator John Liu of Queens. “And we are extending mayoral control for two years with additional mechanisms for strengthening parental engagement.”

The bill also changes the structure of mayoral control. It expands the number of members on the Panel for Education Policy, otherwise known as PEP, from 15 to 23. That gives parents more power while allowing City Hall to have the final say.

“The mayor retains control of the school board, the majority of the appointments, as well as the hiring and firing of the chancellor. And we retain the ability to hold the mayor accountable for the performance of, or lack thereof, for New York City public schools,” Liu said.

Mayoral control was first won by Mayor Michael Bloomberg in 2002. It has been renewed four times since then, but rarely to the satisfaction of Bloomberg’s successor, Bill de Blasio.

In 2017, Mayor de Blasio was forced to authorize new charter schools in exchange for a renewal, something he opposed. And in 2016 he got just a one-year extension, which was perceived at the time as a humiliating defeat.

This year was viewed as less contentious, but not by much. Gov. Kathy Hochul had asked for a four-year extension.

“Well, it was long,” said Bronx Assemblymember Michael Benedetto, chair the Education Committee. “I’m sure, as in all negotiations between multiple parties, that nobody is 100% happy with the final outcome. I think there is probably in all cases, there are people who are a little annoyed, but for the most part people are satisfied.”

.@mikebenedetto82 breaks down two year extension of Mayoral Control: “I’m sure, as in all negotiations with multiple parties that nobody is 100% happy with the final outcome. As in all cases there are people who are little annoyed, but for the most part people are satisfied.” pic.twitter.com/GnXN3GbiWE

The bills were introduced Sunday night. They need to age for three days before they can be voted on, so they will be live on Thursday for a vote, the very last day of the 2022 Albany legislative session.

In a statement Michael Mulgrew — president of the United Federation of Teachers, the city's public school teachers union — said the proposed legislation "will increase parental involvement in the governance of our public schools, and will guarantee more independence for the members of the Panel for Educational Policy - both important priorities for the city's teachers."

Thank you @NYCMayor for working with us to make our @NYCSchools better.