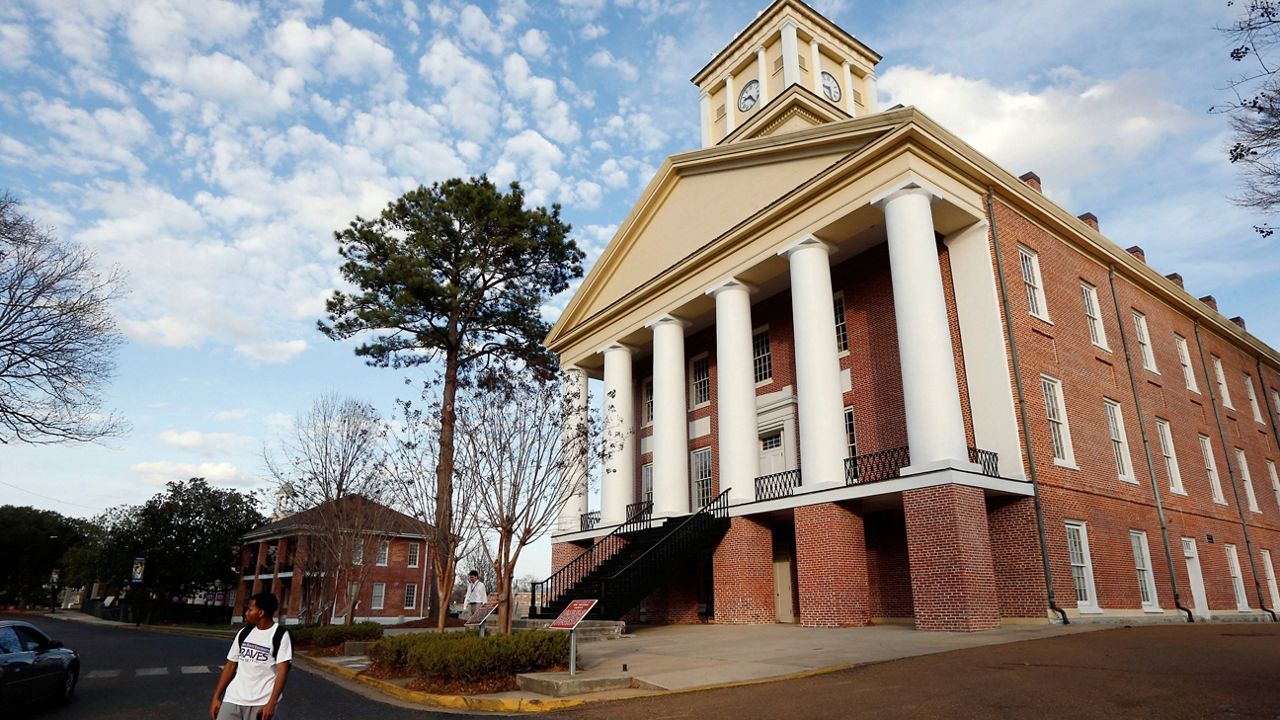 A student walks past the chapel at Alcorn State University in Lorman, Miss. (AP Photo, File)

Bomb threats made against at least 14 more historically Black colleges

At least 14 more historically Black colleges and universities were targeted with bomb threats Tuesday, the latest in an alarming and disruptive trend on campuses across the country.


It was the second day in a row and at least the third time in the past month that a wave of threats was made against HCBUs. On Monday, at least six schools received threats. Law enforcement officers have not found any explosive devices in their searches.

Tuesday’s threats, which coincided with the first day of Black History Month, forced several schools to lock down their campuses or issue shelter-in-place orders. Many switched to online instruction for the day, while a handful canceled classes altogether. A few reopened their campuses after police gave the all-clear.

School or local elected officials confirmed bomb threats were made at the following schools:

Additionally, Coppin State University in Baltimore said in a tweet it switched to virtual classes Tuesday because of a “campus emergency,” but it did not provide further details.

“These threats are despicable,” Spelman President Mary Schmidt Campbell wrote in a letter on the school’s website. “They are designed to make us feel fearful and vulnerable.”

Campbell said she has been in touch with U.S. Sen. John Ossoff, D-Ga., about the threats and has asked Atlanta Mayor Andre Dickens for additional police patrols around the city’s historically Black colleges. She also said U.S. Sen. Raphael Warnock, D-Ga., has promised to press FBI Director Christopher Wray to investigate the threats.

“Morgan is one of the most historical and consequential universities in the nation,” Wilson wrote in a letter to the university community. “Our history has been one where we have endured all kinds of challenges and disruptions, but we have always emerged stronger. I’m hopeful that these bomb threats to our National Treasure, and to many of our other sister HBCU institutions, will be aggressively investigated by the FBI.”

In a statement to Spectrum News on Tuesday morning, the FBI said it “is aware of the series of bomb threats around the country and we are working with our law enforcement partners to address any potential threats. As always, we would like to remind members of the public that if they observe anything suspicious to report it to law enforcement immediately."

White House press secretary Jen Psaki on Tuesday told reporters that President Joe Biden was aware of the threats made on both days, adding that Elizabeth Sherwood-Randall, assistant to the president for homeland security, is providing the president and senior staff with "regular updates" on the situation.

"We take these threats incredibly seriously," Psaki said. "It is scary, it is horrifying, it is terrible that these students, these faculty, these institutions are feeling under threat."

Psaki went on to say that officials are still evaluating "what we think the origin, the reasoning, the motivation" behind the threats might be, but said there is no clear assessment yet available.