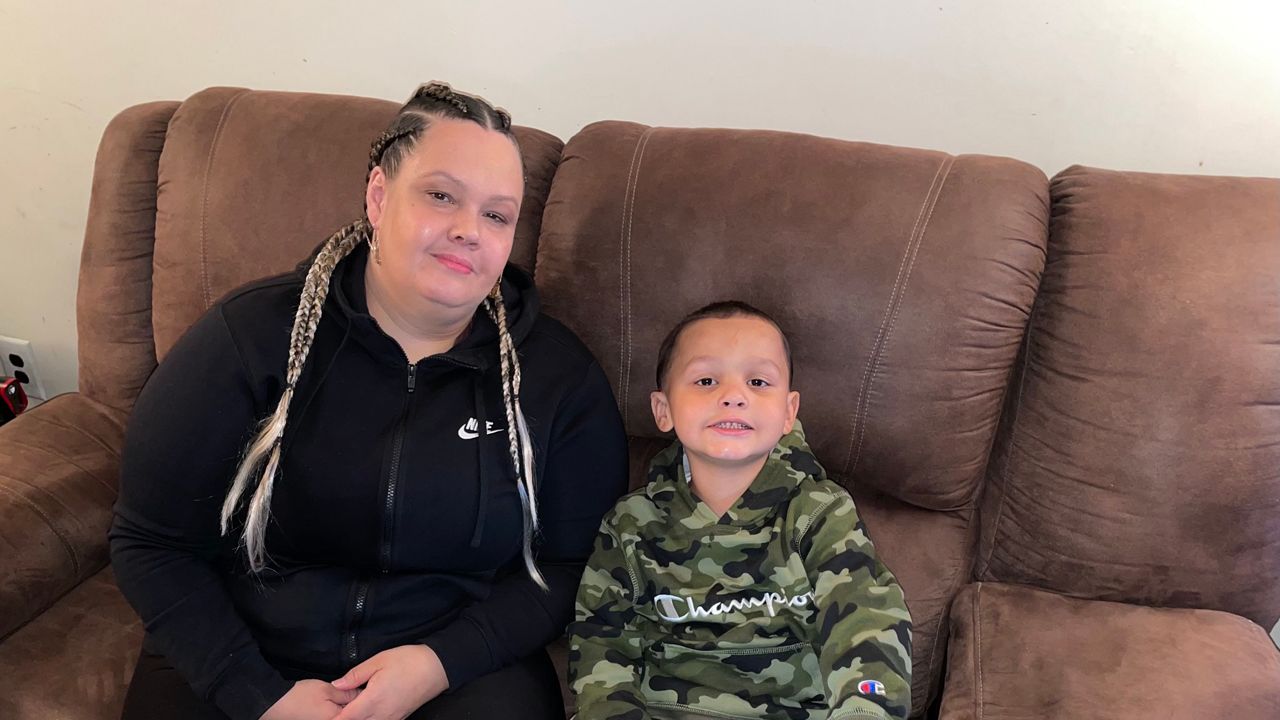 Naomi Babilonia and her son, Jeidyn Greene, who has been without a transportation para for weeks. NY1/Jillian Jorgensen.

He needs a paraprofessional to ride the bus with him to his Brooklyn school, and a nurse to be in the building when he gets there.

But when school started in September, his school had neither.

“We don't have a bus para, and we don't even have a nurse for the school,” Babilonia said. "So I'm like, okay, like so that means that Jaden can’t go to school, basically."

That, despite Mayor Bill de Blasio's COVID-19 pandemic promise that every school will have a nurse. When there was no nurse to give him insulin, Jeidyn couldn't attend school.

Eventually, the school got a nurse, first for three days and now finally for five.

But without a transportation para, he cannot ride the school bus. So Babilonia has to accompany him to school herself in a car service the city education department pays for, but which conflicts with her work schedule, endangering her job.

On a recent afternoon, Babilonia checked his blood sugar to find it high, and asked him to promise he’d stop sneaking snacks.

“Give me a pinkie promise,” she said.

For Babilonia, that pinkie promise means more than the promises the education department has made. The city did briefly find a para to ride the bus with her son, but it didn’t last.

“She ended up resigning,” Babilonia said. "So we’re back to the same thing,"

Meanwhile, the car service was recently so late to bring her to his school at dismissal that Jeidyn sat in an office for hours without a nurse or para to monitor his blood sugar.

"Had I got there any later, he could have went into a diabetic coma,” she said.

“All students should have access to the supports and services they need, and even one family with anything less is unacceptable. The approval of the paraprofessional this family wanted has been expedited and the building has full time nursing coverage,” education department spokeswoman Jenna Lyle said.

But Kim Madden, director of family support at Advocates for Children, which is advocating for Babilonia, says it's not just one family. Between the vaccine mandate and split morning and afternoon hours, bus paras can be hard to hire and retain.

"It's not a unique situation, and I think it's something that was very predictable and that frankly they didn't plan well for,” Madden says.

In fact, Madden had the same problem:

“My husband and I had to take off and take our son to school every single day, and we were there because there was no nurse and there were no paras, no bus,” Madden. "I wish I could say that's unusual."

For parents and advocates like Babilonia and Madden, the city’s insistence that it has enough staff simply doesn’t add up with their own daily experiences of not getting the services their children are mandated to receive.

“I've done everything in my power and the one that's suffering is my son, to be honest,” she said. "He's already delayed. And he's just falling more and more behind."