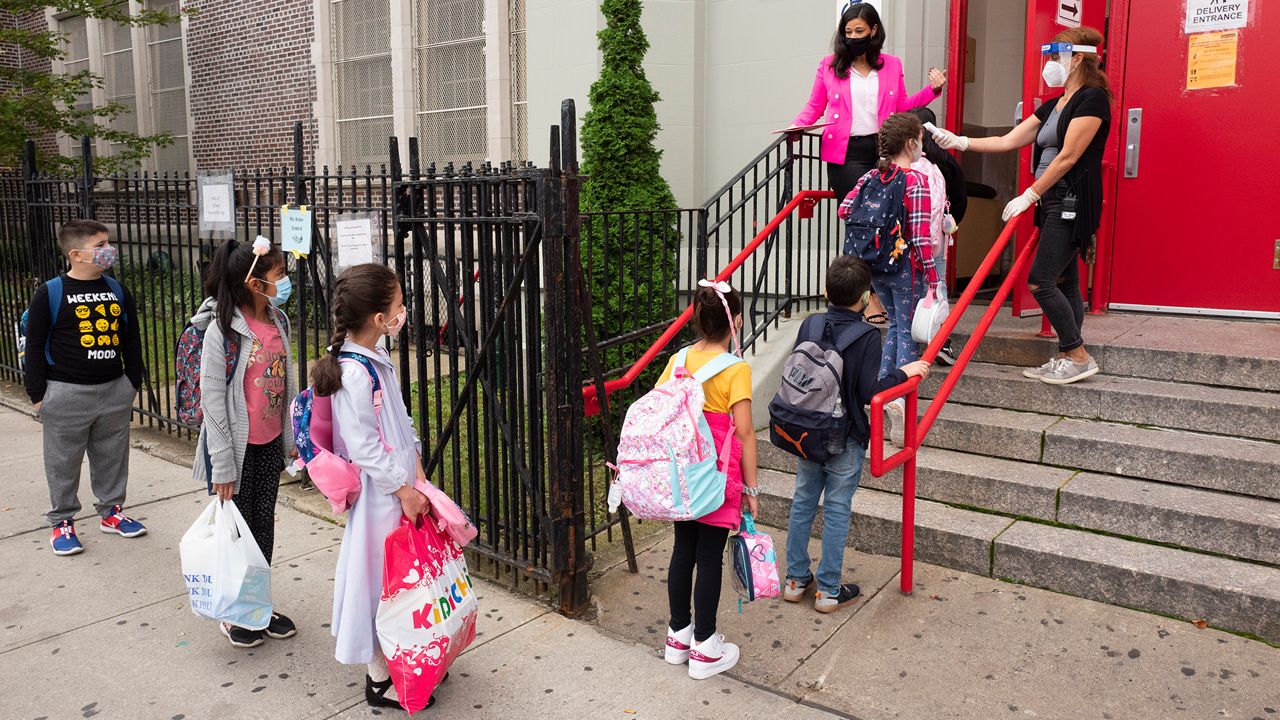 FILE - In this Sept. 29, 2020, file photo, students line up to have their temperature checked before entering PS 179 elementary school in the Kensington neighborhood in the Brooklyn borough of New York. (AP Photo/Mark Lennihan, File)

72 schools to get extra cash to cut class sizes

The city has selected 72 schools around the city to receive a total $18 million in extra cash to help lower class sizes as part of a pilot program in this year’s budget.

To be selected, a school needed to be deemed “higher-need,” with students coming from lower-income households and with state math and reading scores being below average. They also had to have larger-than-average class sizes.

The money will help each of the schools hire at least two new teachers to help increase their school’s student-teacher ratio. On average, each school will receive around $250,000, but that amount will vary based on the average salary of teachers at the school.

“Educators know that smaller classes mean more attention for each child—which leads to a greater focus on literacy. Through our academic recovery plan, we’re supporting all students’ ability to read on grade level by the end of second grade, and thanks to our partners at the City Council, we’re adding staff and reducing class sizes ​at some of our highest-need schools to make that happen,” spokeswoman Katie O’Hanlon said.

The funding is on top of a more-than-$600-million boost in Fair Student Funding being allocated to all schools this year. That funding makes up most of an individual school’s discretionary budget and it’s expected than many principals will use the extra money to hire more staff.

The 72 schools that are part of the class-size-reduction pilot are: