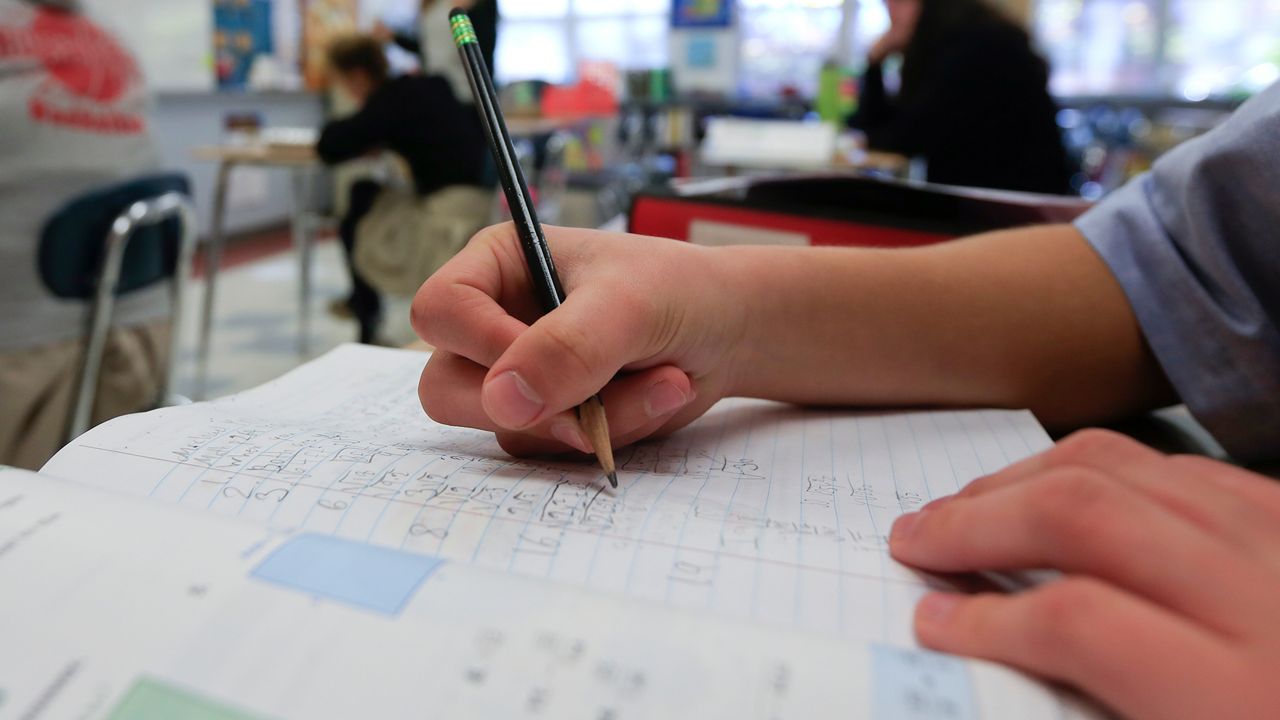 New York City joined the rest of the country in closing school buildings last March because of the pandemic. The effect on student achievement has been debated ever since. And now, new research shows students nationwide falling behind in mathematics.

“It’s not so important that we notice this. It’s the steps we take next,” said Chris Minnich, the CEO of NWEA, a nonprofit testing organization.

NWEA measures student achievement using exams like the MAP Growth Assessment, which was taken this fall by 4.4 million students in grades three through eight, more than 89,000 of them in New York City public schools.

Nationwide, math scores were five to 10 points lower this fall when compared to same-grade students who took the test a year ago. That’s the equivalent of missing about a half-year’s instruction, information Minnich says educators should use to help get students back on track.

“A kid who is coming in to third grade next September may or may not have gotten the mathematics instruction they needed in the second grade. And we've got to recognize that, and we’ve got to change what we are doing,” he said.

Students are progressing at a more normal pace in reading, and even with the math setbacks, they outperformed the NWEA’s projections on how students would fare during the pandemic.

But the data may not include some of the most vulnerable students. About one-quarter of the students who took the exam in 2019 didn’t take it this year. Minnich said they are likely also missing from online classrooms.

“They might be caring for another student, or they may just not be able to access technology. There’s a number of reasons why they might not be in education now,” he said.

Minnich said remote learning is not necessarily bad. The quality of student-teacher interactions is what matters much more.

"Teachers are the key to all of this. Getting kids in front of teachers in quality ways, it could be remote, it could be in person, but teacher student interactions are really key,” he said.

The city's Education Department has yet to provide any data on how remote learning is affecting the achievement of city students. The DOE says determining how this crisis is hurting students academically, socially and emotionally will take years, but that educators will use a variety of tools to track achievement and provide targeted intervention, including standardized tests by NWEA.