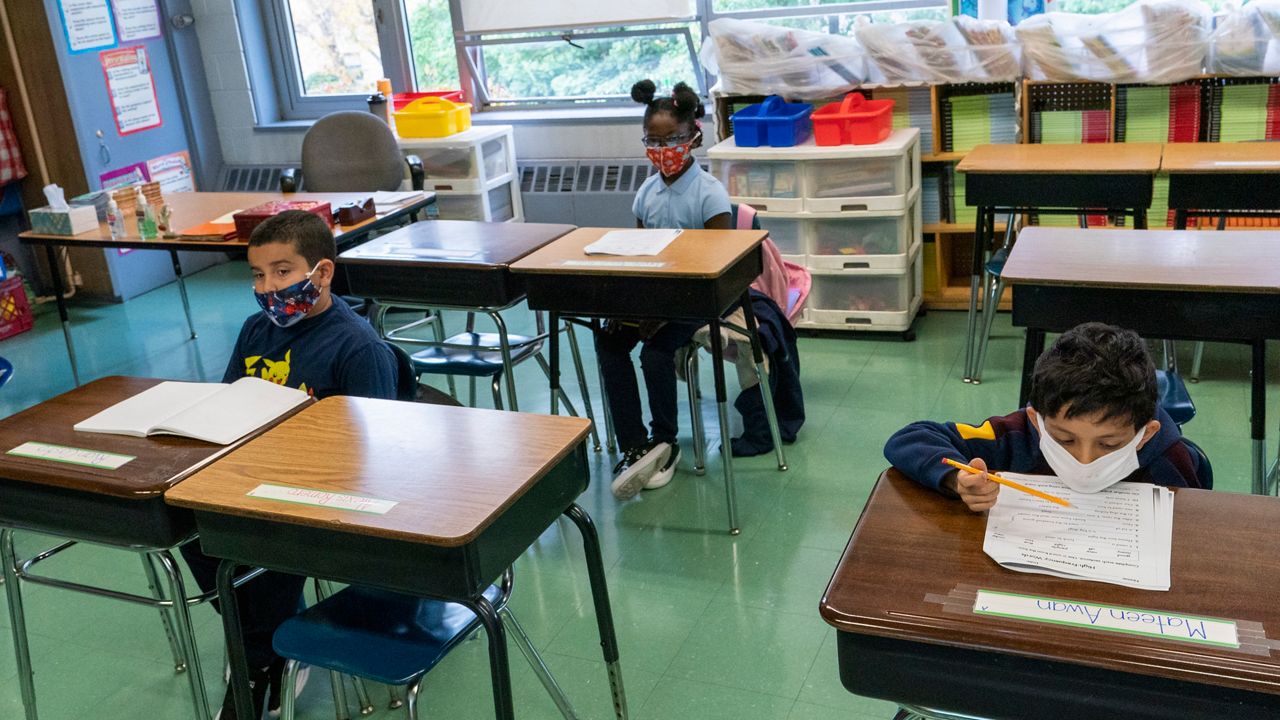 Public school parents are expressing both relief and frustration over Mayor Bill de Blasio's announcement that in-person learning will resume next Monday.

The mayor says many schools will reopen that day for 3-K, Pre-K and kindergarten through fifth grade classes.

Next Thursday, District 75 schools will reopen with a phased approach.

Only students who have already signed up for blended learning will be able to return to school buildings.

"To have an all-or-nothing that my child is going to be in school for five days with 30 children, there is no logic, it doesn't make any sense, especially coming back after he holidays when people have been clearly infecting each other. And it’s within a 14-day quarantine period within the 14-day period,” one parent told NY1.

But another was pleased with the decision.

“So excited and so happy; remote learning has been really hard for these kids, and for a lot of kids, and we're just happy they are going to be in school with their teachers and classmates again,” said a parent.

About 20% of each school's population will be tested weekly, and students who return must have a form that says they consent to be tested.

The mayor's announcement came less than two weeks after all public school buildings were forced to close because the city's seven-day COVID positivity rate hit 3%.

That metric will no longer be used and it will not be replaced with any other trigger for a citywide shutdown.

The mayor said Monday morning schools have been overwhelmingly safe since they reopened in September.

"The schools are some of the safest places to be right now in New York City, which is a credit to our educators and our staff and our parents," de Blasio said on CNN. "We know it works, but you have to constantly monitor that testing. And if we see multiple cases in the school, we do an immediate investigation with our Test and Trace Corps, and in a lot of cases we will close that school either temporarily or even for a two-week quarantine. So, that ability to school-by-school make those adjustments, that has proven to be the most effective tool. We don't think that the specific number has as much meaning as a single number."

The mayor also said he has not set a date for the return of middle and high school students.

"It's not going to be the next few weeks," de Blasio said. "I mean, obviously from now until the Christmas break, the focus will be on the younger kids. But when we come back, especially because we need to fight back this second wave that's bearing down on us now over these next weeks, when we come back, my hope is we can then move quickly to middle school and high school."