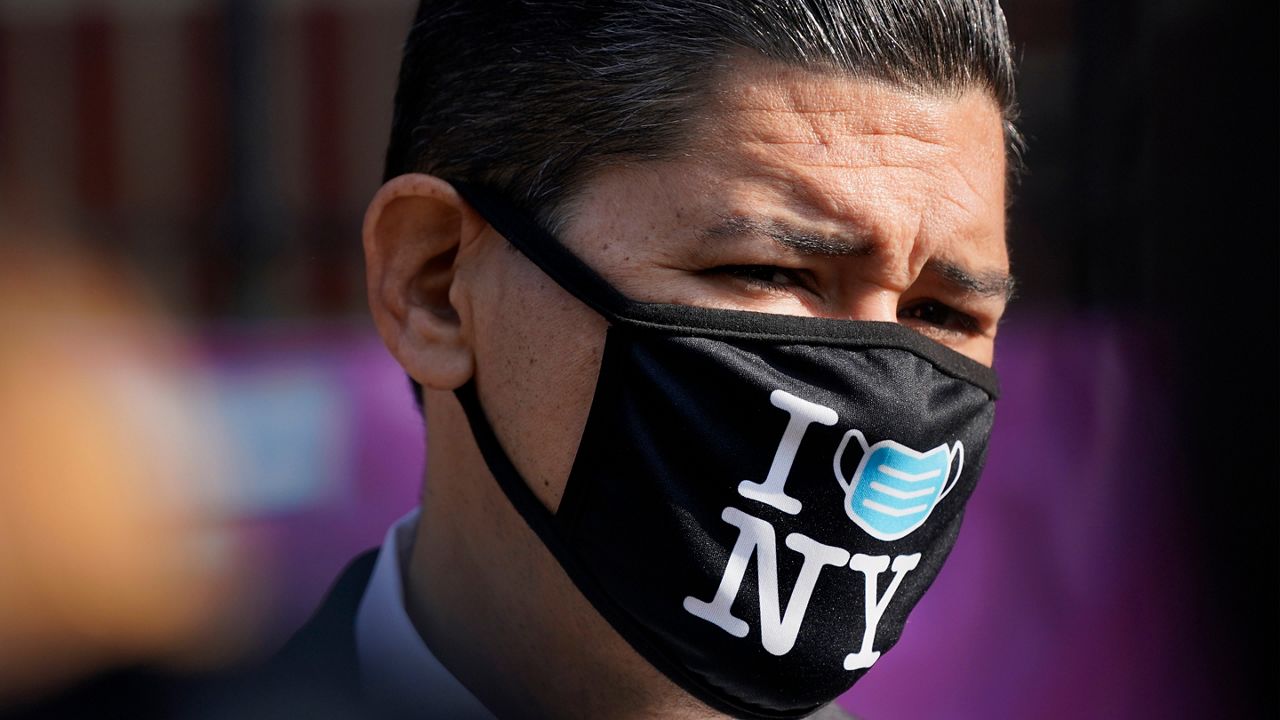 Carranza Says City Could Change Threshold for Shutting Down Schools

While this metric has been regarded as the “switch” that sends students back to remote learning atmospheres, Schools Chancellor Richard Carranza told NY1 in an exclusive interview that this threshold could change.

“We are in conversations with the state, with our stakeholders, with our unions, around what should the metrics be as we go forward,” said Carranza.

The mayor set the 3% threshold as a way to reassure teachers and parents that the city was serious about their safety.

He said UFT had originally proposed a geographic approach to shutting down schools when agreeing to the threshold of a 3% positivity rate.

"We also put on the table that we thought we should have a borough-based approach, a geographic approach, but not a citywide approach, but the city was not comfortable with that. I’m still thinking that that is the way we need to go," Mulgrew said.

Hundreds of schools in hot spots deemed "orange zones" had previously closed, which Mulgrew said is an example of what he had suggested.

"I think what we should do is — the state in its orange zones is putting schools in remote at 3% — but it’s much more targeted in geography, which makes a lot of sense to us, which is why we were proposing that in August," he said.

"What I would like to do is layer it, so it’s based on geography at 3%, and then if the city itself gets to 6, 7%, this whole conversation is moot. Because then we know we have a much bigger problem with COVID. So I would prefer to go with the geographic approach that we put on the table in August," said Mulgrew.

Carranza said like everything associated with the pandemic, circumstances and facts change. He said the city has proven it can safely reopen schools, which is why it can reevaluate.

As of now, the city is not expecting to keep schools closed for an extended period.

“We are not looking at this as a long-term closure. This is a temporary closure,” said Carranza. But he did caution that New Yorkers have to cooperate to stop the spread, particularly in the upcoming holiday season.

Though parents have been scrambling to prepare for remote learning, Carranza said they should have seen this coming. He said the city sent messages ahead of time alerting them of this possibility. The city ultimately announced the decision in an afternoon tweet and news conference, which took place five hours after its original start time.

“We made a series of promises to families in the community and one of those promises was that we were going to have a very conservative threshold because we were not going to play with the health and safety of our children, and the people who serve our children. And we’ve kept our word,” he said.

The elevated numbers in the city should have all New Yorkers concerned, said Carranza. The city is on the verge of being categorized as an “orange zone, which would mean tighter restrictions, such as the end of indoor dining.